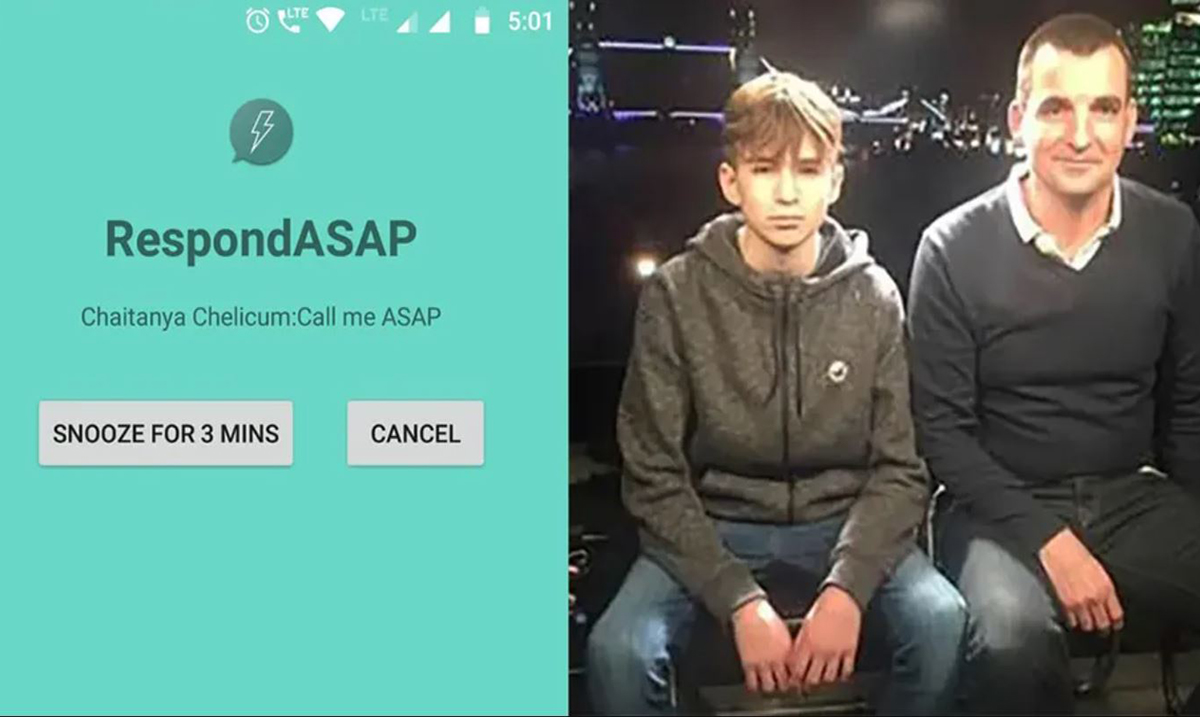 Nowadays, everyone has a smartphone in their pocket, including teens. And while they may be quick to ‘Snapchat’ their friends, they aren’t always as quick to respond to their parents.

However, one father aims to change that. Nick Herbert, a father of a teenager, grew tired of his son ignoring his messages. Rather than resorting to a typical method of punishment, he worked to resolve the problem in an extremely creative way. He created an app. And not just any app, he created ReplyASAP which is an app that can gently nudge a child to respond to their parents.

So, how does it do that? Well, when your child stops responding to your texts, the phone begins sounding an alarm and takes over the phone screen. Then, to make the screen unlock and the phone goes back to normal, the child must respond to their parent. Additionally, the app can tell the parent when their child has seen the message.

When talking about the app, Nick explains, “I came up with the idea when Ben first went to secondary school. I was getting frustrated that Ben wouldn’t respond to my texts, by swiping them off to the side while he watched videos, or keeping his phone on silent.

In some cases, I found that Ben was just ignoring me in front of his friends. So I decided to go about building an app that would allow me to momentarily ‘takeover’ his phone when I sent texts that needed urgent answers.

RespondASAP only works when a parent and their child have both downloaded it.”

He said that when he told his son about the app, he asked if there would be a function to urgently contact his dad if need be. Because of that, the app was designed to have a two-way system, where the parent and child enter into an agreement that both can send urgent messages provided that neither of them abuses the privilege.

And while the app was created with the intention of it being useful for sending urgent messages to kids, some of Nick’s friends brainstormed about ways it could be used by adults. Their suggestions ranged from changing your order when your friend is getting the drinks in at the bar, to finding your phone when you’ve misplaced it at home, to work situations when you need to get hold of work colleagues quickly.”