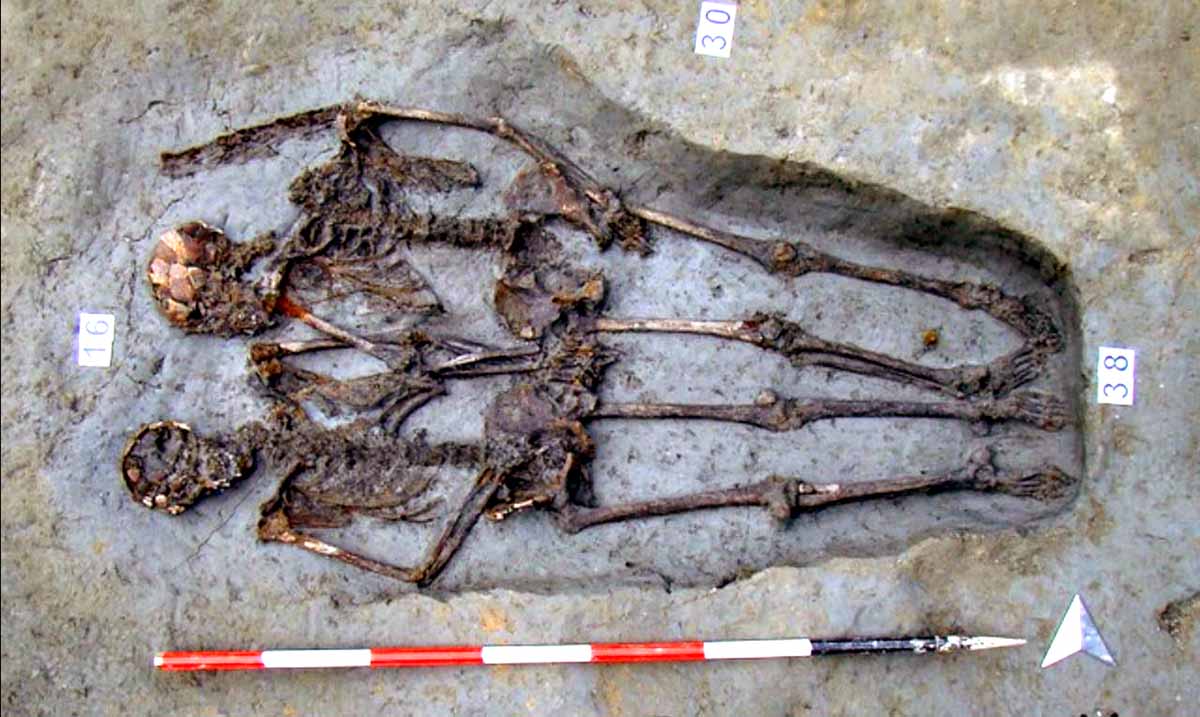 By Gerald Sinclair September 15, 2019 No Comments

Chances are you’ve probably heard of the ‘Lovers of Modena’ before but you most likely didn’t know the truth behind them. These people were buried hand-in-hand and shared their grave for at least 700 years.

Featured Image Via University Of Bologna

When discovered most assumed this couple was a man and woman but it turns out that is not the case. Recent research suggests that rather than man and woman this couple is man and man. While this couple was found back in 2009 while excavating Modena in Italy, things are not beginning to unravel until now. In 2018 a mass spectronomy was used to determine the biological sex of each skeleton.

For those who do not know this method looks at proteins found in tooth enamel and determines whether someone is male or female. You see, only males have something known as amelogenin-Y. This leading them to find that both of the skeletons were in fact male. Male to male burials like this are not something we have ever seen before.

Findings on this were published in the journal Nature and titled under ‘enamel peptides reveal the sex of the late antique ‘Lovers of Modena.’ For many, this is a huge sign that the past is not as different from modern times as you might assume. All of the other similar burials we have found throughout the years were shown to be male-female couples. 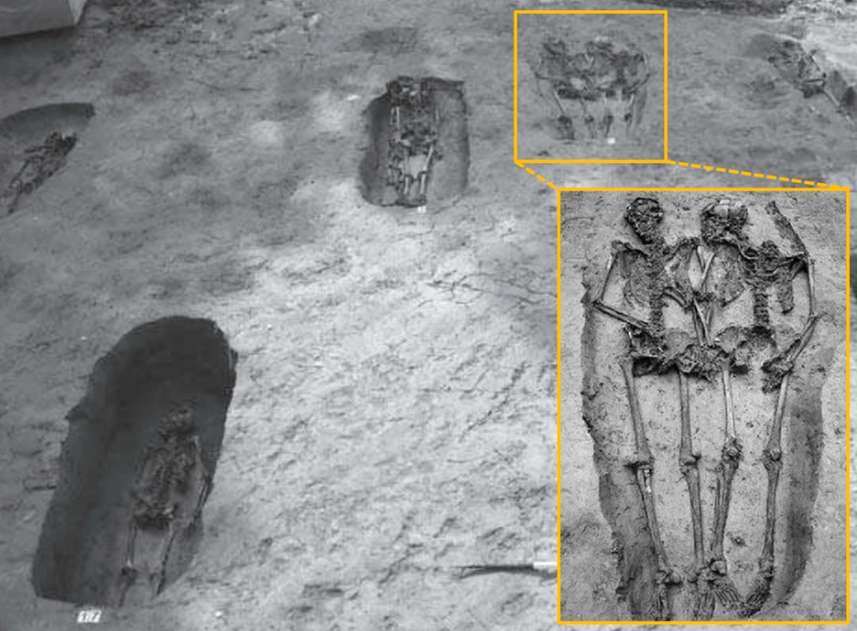 Recent work has disclosed the critical role played by enamel peptides in sex classification of old skeletal remains. In particular, protein AMELY (amelogenin isoform Y) is present in the enamel dental tissue of male individuals only, while AMELX (isoform X) can be found in both sexes. AMELY can be easily detected by LC-MS/MS in the ion extracted chromatograms of the SM(ox)IRPPY peptide (monoisotopic [M + 2 H]+2 mass = 440.2233 m/z). In this paper, we exploited the dimorphic features of the amelogenin protein to determine the sex of the so-called ‘Lovers of Modena’, two Late Antique individuals whose skeletons were intentionally buried hand-in-hand. Upon discovery, mass media had immediately assumed they were a male-female couple, even if bad preservation of the bones did not allow an effective sex classification. We were able to extract proteins from the dental enamel of both individuals (~1600 years old) and to confidently classify them as males. Results were compared to 14 modern and archaeological control samples, confirming the reliability of the ion chromatogram method for sex determination. Although we currently have no information on the actual relationship between the ‘Lovers of Modena’ (affective? Kin-based?), the discovery of two adult males intentionally buried hand-in-hand may have profound implications for our understanding of funerary practices in Late Antique Italy.

While the two could have been soldiers who died in battle together, we do not know just yet and may never know their real story. What do you make of all of this? I for one think it opens the door for a lot of discussions. Who could these two have been?