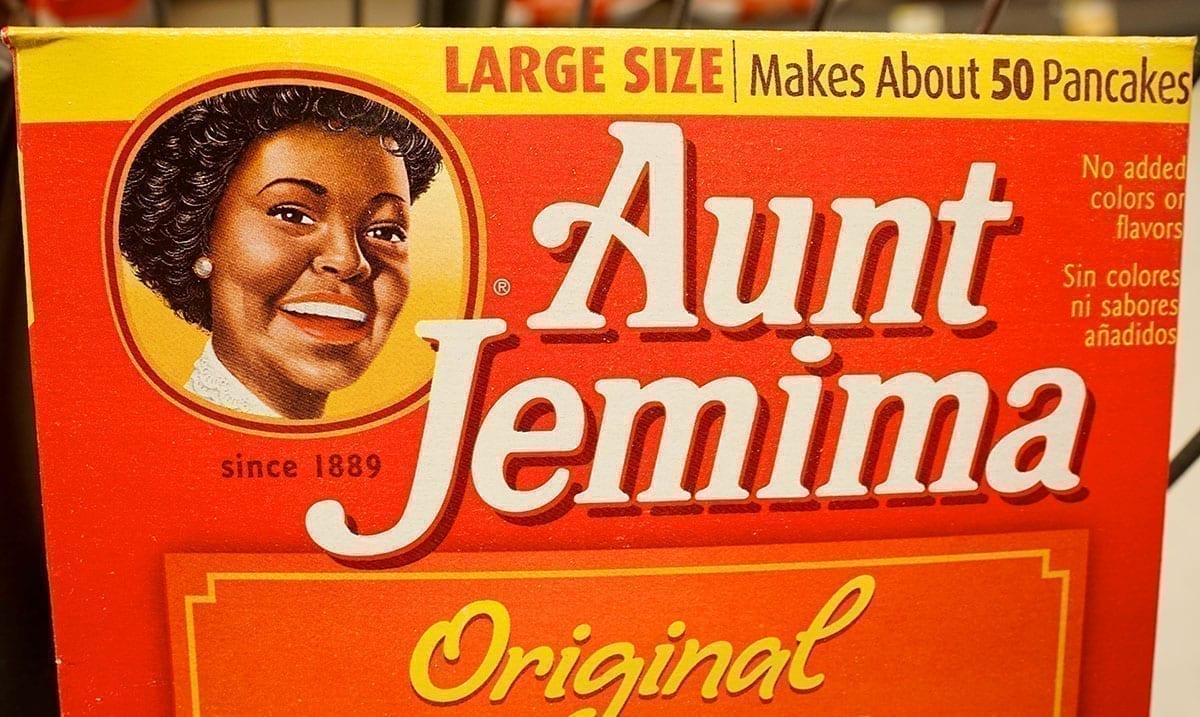 Family Of ‘Aunt Jemima’ Don’t Want The Brand To Change

While it might sound a bit odd, the family of the lady who portrayed Aunt Jemima (the woman on the popular syrup brand’s container) are not as excited about a possible change as you’d expect. This family believes the brand itself and all that comes with it is a big part of their ‘family legacy.’

You see, while the brand itself is supposedly changing its name and packaging because of how inherently rac!st the concept of a ‘mammy’ which it is seemingly based on is, not everyone thinks its depiction in current times is a bad thing. Vera Harris who is the family historian for the Richards family of Hawkins told NBC 12 that she and the rest of the family want the world to know that ‘our cousin Lillian was one of the Aunt Jemima’s, and she made an honest living.’ From there she asked that those in opposition of things remaining as they are reconsider wiping all of that history away.

Harris said that Lillian was discovered by Quaker Oats to be their ‘brand person’ and that she became a goodwill ambassador for the brand for decades noting that it really changed her life. Her job was one of the few people of color were offered at the time, and she made an honest living out of it. While there are good and bad things in history this family believes that we shouldn’t be getting rid of all of it because that in itself is seemingly wiping away things we should be remembering.

NBC 12 reported as follows when talking to Vera Harris on the topic:

Lillian Richard became a goodwill ambassador for Quaker Oats, and for decades, portrayed Aunt Jemima all over Texas.

“She made an honest living out of it for a number of years. She toured around Texas,” Harris said.

In the Fouke community just outside Hawkins is a historic marker dedicated to Lillian Richard, who is recognized as one of several women who portrayed Aunt Jemima.

And the family is proud of what she did.

“She was considered a hero in Hawkins, and we are proud of that. We do not want that history erased,” Harris said.

Harris said her family feels that activism has gone too far.

“I wish we would take a breath and not just get rid of everything. Because good or bad, it is our history. Removing that wipes away a part of me. A part of each of us. We are proud of our cousin,” Harris said.

Lillian Richard died in 1956 after working 23 years for the Quaker Oats company.

While some look at this packaging and see nothing but a symbol of rac!sm this family looks at it as a big deal for the family and for Lillian. This was something that changed Lillian’s life in an enormous way. What do you think about this and do you think the family should be sticking up for the brand as it is in such a way? Do you think the popular syrup should face change or remain as it is?

To learn more about this talk of rebranding take a look at the video below. While it is being done with good intentions are we erasing something big from history in making such a change? I guess questions like this are going to be coming up over and over again as we look more towards the future.