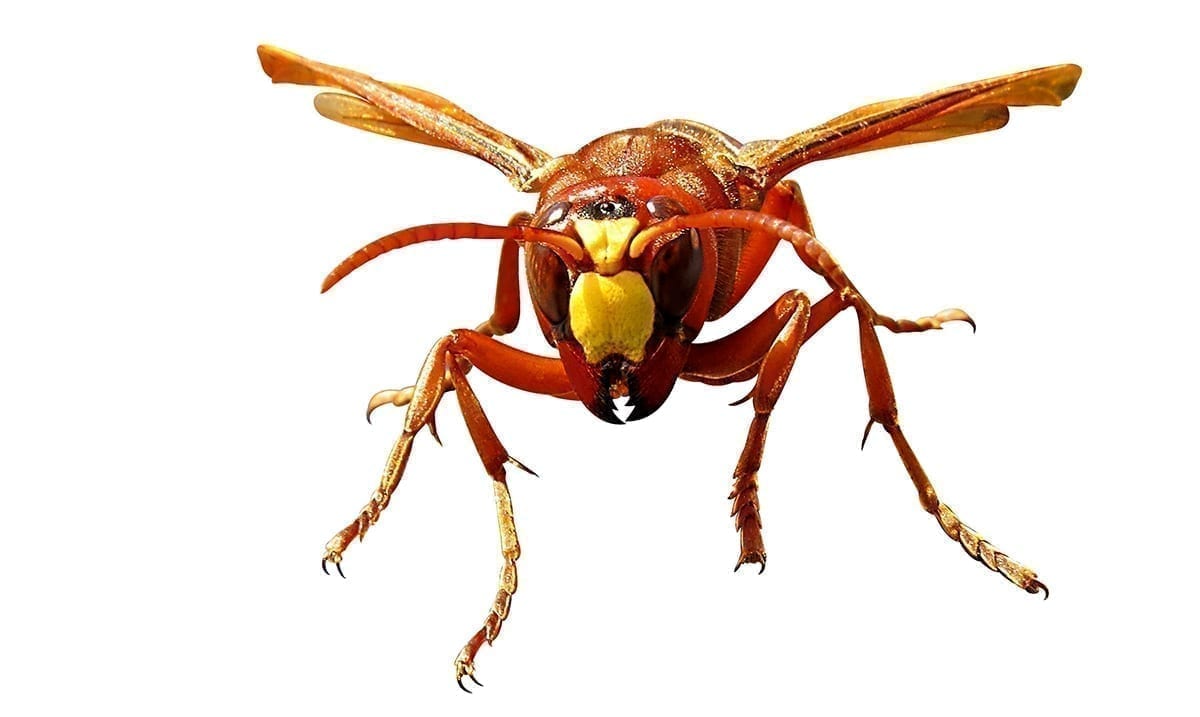 Experts Warn Murder Hornets Could Spread Throughout US And Other Countries

By Gerald Sinclair September 26, 2020 No Comments

This year we learned that ‘Asian murder hornets’ had made their way to the US, but they soon could end up spreading across the US as a whole and from there who knows where else. These giant hornets could cause a lot of issues.

According to research from Washington State University, the murder hornet could end up finding suitable habitat throughout the eastern seaboard and even places in Africa, Australia, South America, and Europe. Information on this was published in the Proceedings of the National Academy of Sciences and these hornets spreading down the west coast of the US is very possible. These hornets could end up being much more invasive than previously thought.

The abstract of the findings noted above goes as follows:

The Asian giant hornet (Vespa mandarinia) was recently detected in western British Columbia, Canada, and Washington State, United States. V. mandarinia are an invasion concern due to their ability to kill honey bees and affect humans. Here, we used habitat suitability models and dispersal simulations to assess potential invasive spread of V. mandarinia. We show V. mandarinia are most likely to establish in areas with warm to cool annual mean temperature, high precipitation, and high human activity. The realized niche of introduced populations is small compared to native populations, suggesting introduced populations could spread into habitats across a broader range of environmental conditions. Dispersal simulations also show that V. mandarinia could rapidly spread throughout western North America without containment. Given its potential negative impacts and capacity for spread, extensive monitoring, and eradication efforts throughout western North America are warranted.

These researchers noted many different ‘suitable’ habitats for these hornets here in the US and in other countries as well, which could be a serious issue moving forward. While these predictions are just educated guesses overall they could prove to be very important moving forward. These insects are something we should be more aware of and findings like this help us in that area, big time.

Science Daily wrote as follows on all of this:

Native to forested parts of Asia, the Asian giant hornet, Vespa mandarinia, is a significant threat to Western honey bees, which have no natural defense. In late summer and fall, hornet colonies attack beehives, destroying entire bee colonies to feed their brood and produce new queens.

Up to two inches long, the insect also deploys a potent sting, which is more dangerous than that of local bees and wasps.

Asian giant hornets are most likely to thrive in places with warm summers, mild winters, and high rainfall. Extreme heat is lethal, so their most suitable habitats are in regions with a maximum temperature of 102 degrees Fahrenheit.

Based on those factors, suitable habitat for the giant hornet exists along much of the U.S. west and east coasts, adjacent parts of Canada, much of Europe, northwestern and southeastern South America, central Africa, eastern Australia, and most parts of New Zealand.

Much of the interior of the U.S. is inhospitable to the hornet due to extremes of heat, cold, and low rainfall. This includes the eastern parts of Washington state and British Columbia, as well as California’s Central Valley, all of which have major fruit and nut crops that rely on honey bee pollination.

Using data from a similar species, Vespa velutina, scientists predicted that without containment, Asian giant hornets could spread into southern Washington and Oregon, and north through British Columbia. Calculating that hornets could fly up to 68 miles per year, their worst-case scenario found that the insects could disperse throughout the western regions of Washington and Oregon in 20 years or less.

However, scientists cautioned that these predictions are an educated guess.

“The information that we want — how fast and far queens can fly, and when they fly — is all unknown,” Illan said. “A lot of basic biology is unknown. So, we’re using a surrogate.”

“We know queens come out of their nest in the fall, mate, and fly — somewhere,” Looney said. But nobody knows how far they fly, or if they fly repeatedly. We don’t know if they set up nests in the spring near where they hibernated, or if they start flying again. These are some of the things that make predicting natural dispersal a challenge.”

While more research will need to be done and only time will tell how much of this plays out as thought to, it’s kind of scary to think about. Preventing these hornets from really making homes of the US itself and other countries could become something we really have to worry about in the somewhat near future. What do you think about all of this?