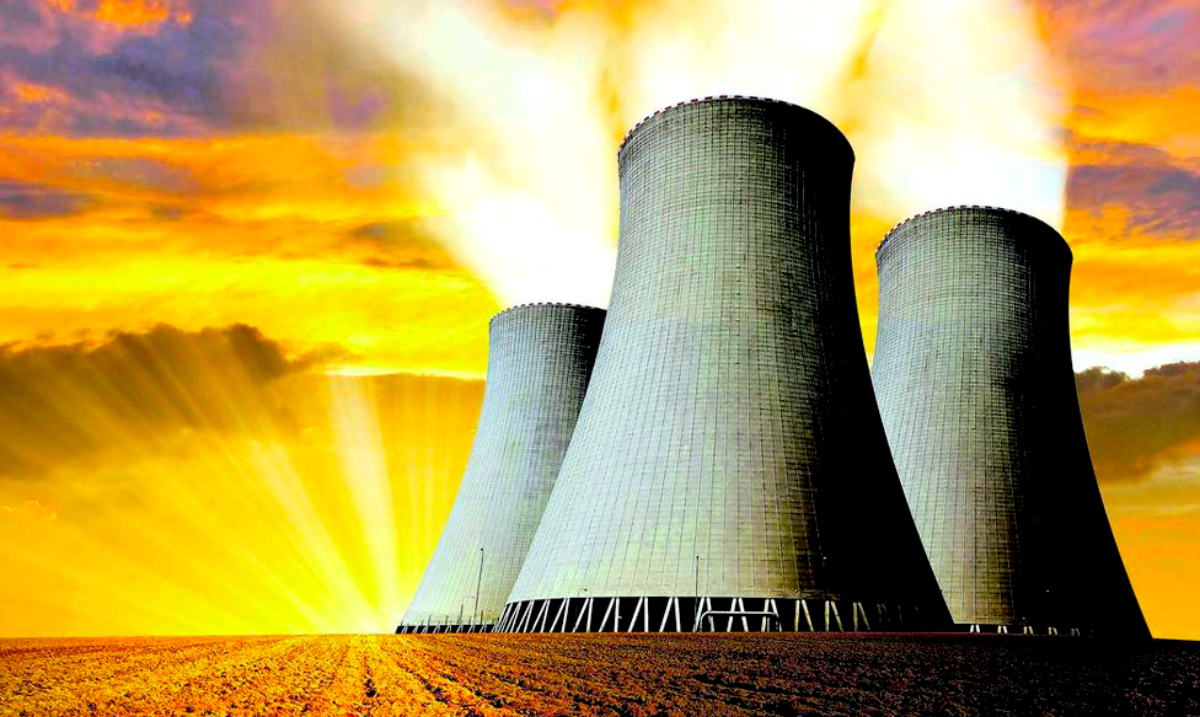 When it comes to saving our planet, many researchers and scientists have been working very hard to come up with feasible solutions. That being said, one ‘solution’ in particular has been stirring up quite the controversial storm.

Scientist Joshua S. Goldstein and Engineer Staffan A Qvist published an article on The Wall Street Journal that goes over how addressing the issue of global warming/climate change in a nuclear manner might be our best bet. They argue that we do not currently have enough time to go about it any other way. Renewables in their eyes will not cut it this go around and thus they call for further means to be brought into play.

Basically, through harnessing nuclear energy and opting for it rather than other CO2 emitting technologies the two as well as many others believe that emissions would be reduced enough for a difference to be met. That being said, nuclear energy on that level is highly problematic and brings forth lots of risks, as you would assume. Most see the idea of moving to nuclear plants in general widespread as a shift from one problem to another which essentially is exactly what it would be.

This Duo wrote as follows in TWJ:

“What the world needs is a carbon-free source of electricity that can be ramped up to massive scale very quickly and provide power reliably around the clock, regardless of weather conditions – all without expanding the total acreage devoted to electric generation.”

“Nuclear power meets all of those requirements.”

“An American’s entire lifetime of electricity use powered by nuclear energy would produce an amount of long-term waste that fits in a soda can,”

They continue to argue that people of this world are very misguided regarding nuclear energy and that disasters like Chernobyl and Fukushima are not common. Through’destigmatizing’ nuclear energy they believe the world itself can be saved. Replacing fossil fuels with nuclear energy would be a huge step but could it be a step in the right direction as they are implying? Many support the industry itself but it still lacks the funding needed to get it where they want it to be.

Grist reported not too long ago on the topic and wrote as follows:

Historically, nuclear power has been the fastest way to decarbonize the global economy, Shellenberger argues, and it can be again. New reactor designs offer a generational leap in terms of cost and safety, but proponents have so far struggled to secure the billions of dollars in funding that renewables are getting.

Big name climate experts, like former NASA scientists James Hansen agree that a bias against nuclear is holding it back. He and Shellenberger see support for the industry as a tactic for attracting the Trump Administration’s attention on climate policy. (In September, the Trump administration made a conditional loan to help finish the construction of a languishing nuclear power project in Georgia.)

“If we discovered nuclear power today, we would be working like mad to make it as safe and cheap as possible,” Stanford University climate scientist Ken Caldeira tweeted last summer.

But resistance by mainstream environmental organizations has helped stymie that progress. And the most ardent supporter of climate change legislation in last year’s presidential election, Bernie Sanders, ran on an anti-nuclear platform. (In December, Shellenberger announced he is running for California governor as an explicitly pro-environment, pro-nuclear independent.)

The more the world feels the powerful effects of climate change and the longer we wait to reduce emissions the more attractive nuclear energy could become. On our current track, scientists are increasingly alarmed that multiple simultaneous weather and environmental disasters — like last year’s horrific hurricanes and wildfires — could ultimately bend society to the breaking point in our lifetimes.

Sure, it can do a lot but it can also ruin a lot as well. How do you feel about the whole concept at hand?