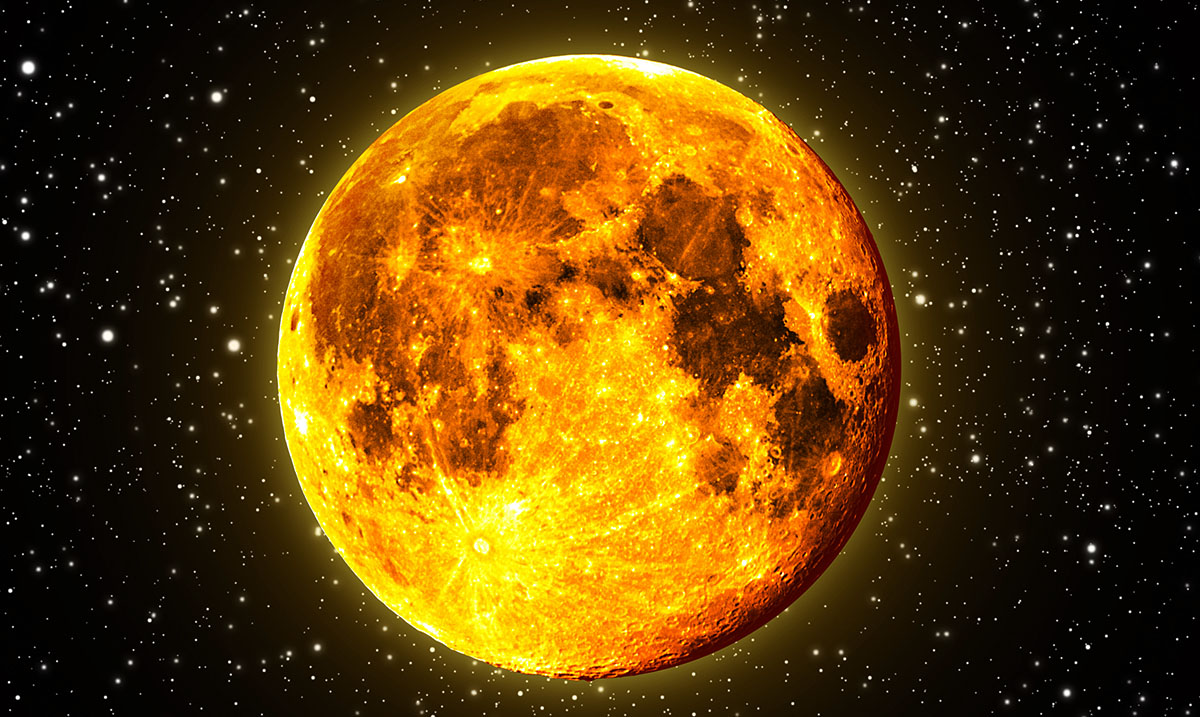 By Harley Manson October 6, 2022 No Comments

It’s almost that time again-the full moon in Aries will occur on October 9th. This particular moon is actually quite special, as it is the full Hunter’s moon, and with it coming to a massive energetic shift, are you ready?

First and foremost, every full moon has a name that has been given to it by ancient cultures. This particular moon is referred to as Hunter’s moon because it was thought to be a time of hunting and a time to prepare for winter by Native Americans. While for the most part, hunting is no longer a major aspect of our survival (unless you count grocery shopping as hunting) you have to admit there is something in the air, this time of year.

Additionally, this full moon will occur under the sign of Aries. Aries is a fire sign, and fire signs are known for their passion, their intensity, and their headstrong nature. Aries channels this energy more so than the other two fire signs (Leo and Sagittarius) because they are extremely determined. Because of this, you may feel an intensity in your life that is building.

Energies that have been slowly simmering will begin to boil over, which might feel overwhelming. However, there is also a healing nature that is coming with this moon, due to the influence of the asteroid Chiron. Chiron has long been regarded as the healer of the zodiac, and when it pairs up with Aries, our determinations point towards finding a way to heal ourselves and quickly.

Another aspect of this is that you may feel as though you’ve reached your limit-however, if you have not, this is just a sign that it’s time to let some things go. Oftentimes, surrender is the way to healing. When we are constantly trying to control everything around us- life can become overwhelming. You must let go and let the Universe guide you through. What will be, will be.

This will be the last full moon before eclipse season begins again-so if you are feeling like there are some unresolved problems on your path, it’s likely that this may continue until the eclipse portal opens.

While typically an Aries moon can be quite intense, because of the added energy of Chiron, this moon has so much to provide us with, if we open ourselves to it. And, of course, if we surrender.

What Does the Hunter’s Moon in Aries Represent?

As the sun moves through Libra, the sign of the scales, there’s plenty of weighing, deliberating, and discussing. During Libra season, we do not make decisions lightly; it is crucial to be fair and just. The full moon in Aries (which can only take place during Libra season) comes along during this period of deep consideration, helping us make a decision and slam the gavel. Aries energy is all about courage and action, and the opposition between the moon in fiery Aries and the sun in considerate Libra calls us to make a choice that aligns with our integrity, values, and purpose.

The sun in Libra loves to be polite and approaches things delicately. Libras are typically popular, and that’s not by chance: Libra is a friendly air sign that cares about peace in their social life. The full moon in Aries can find us confronting an issue head-on (Aries does rule the head), and though this confrontational energy isn’t Libra’s typical style, this full moon can spur dynamic change, and with Libra’s talent for diplomacy, incredible compromises can take place!

When to See the Full Moon in October 2022  (Farmers Almanac)

The Hunter’s Moon will reach peak illumination at 4:54 P.M. Eastern Time on Sunday, October 9. It will be below the horizon at this time, so we’ll have to wait until sunset to watch it rise and take its place in the sky. Like September’s Harvest Moon, the Hunter’s Moon rises around the same time for several nights in a row, so start looking for it on Saturday, October 8!

As the Moon drifts over the horizon around sunset, it may appear larger and more orange—how perfect for the fall season! But don’t be fooled by the “Moon Illusion,” which makes the Moon appear bigger than it really is.