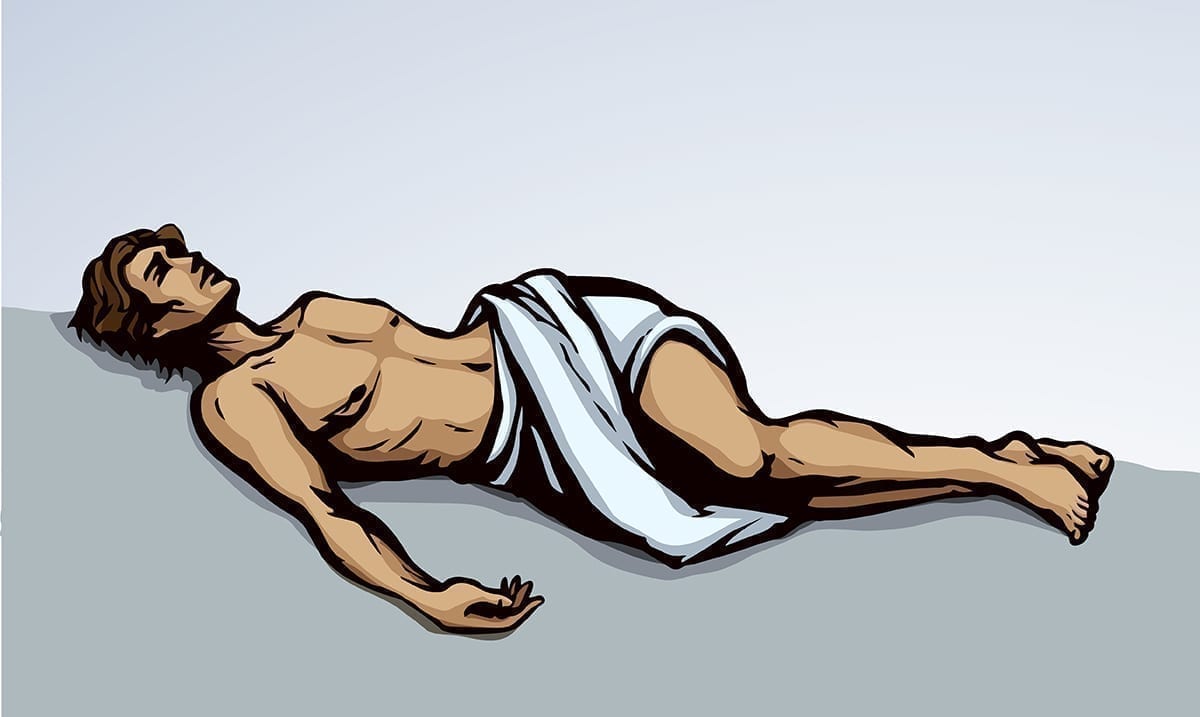 Evidence Suggest Humans Used To Be Able To Hibernate

By Gerald Sinclair January 2, 2021 No Comments

While it might sound crazy, it seems the people of the past were capable of something we now would never consider. At one point in time, it appears humans overall were capable of hibernating.

Research on this has come forth in modern times and goes over our ancestors as a whole breaking things down. Basically, there is evidence that suggests humans from long ago were able to essentially sleep through the winter. Rather than spending time out hunting or foraging like one typically would there were or could have been ‘humanlike’ primates who indeed did spend their colder months in dark caves ‘sleeping.’

While noting is set in stone, the paper going over all of this brings a lot to the table and might be enough to convince a lot of people. As you may know hybernating in itself is not an easy process. Things can go wrong in big ways and well, lives can be lost fairly easily when it comes to this kind of thing. That being said, it is possible some humans were able to do things properly.

The abstract of the study published on this goes as follows:

Both animal hibernation and human renal osteodystrophy are characterized by high levels of serum parathyroid hormone. To test the hypothesis of hibernation in an extinct human species, we examined the hominin skeletal collection from Sima de los Huesos, Cave Mayor, Atapuerca, Spain, for evidence of hyperparathyroidism after a thorough review of the literature. We studied the morphology of the fossilized bones by using macrophotography, microscopy, histology and CT scanning. We found trabecular tunneling and osteitis fibrosa, subperiosteal resorption, ‘rotten fence post’ signs, brown tumors, subperiosteal new bone, chondrocalcinosis, rachitic osteoplaques and empty gaps between them, craniotabes, and beading of ribs mostly in the adolescent population of these hominins. Since many of the above lesions are pathognomonic, these extinct hominins suffered annually from renal rickets, secondary hyperparathyroidism, and renal osteodystrophy associated with Chronic Kidney Disease – Mineral and Bone Disorder (CKD-MBD). We suggest these diseases were caused by poorly tolerated hibernation in dark cavernous hibernacula. This is particularly evidenced by the rachitic osteoplaques and the gaps between them in some of the adolescent individuals along with the evidence of healing mainly in the adults. The sublayers in the rachitic osteoplaques indicate bouts of arousal from hibernation. The strong projection of the external lip of the femoral trochlea, the rachitic osteoplaques with the empty gaps between them, the “rotten fence post” sign, and the evidence of annual healing also point to the presence of annually intermittent puberty in this extinct human species . The hypothesis of hibernation is consistent with the genetic evidence and the fact that the SH hominins lived during an extreme glaciation. Alternative hypotheses are examined. The present work will provide a new insight into the physiological mechanism of early human metabolism which could help in determining the life histories and physiologies of extinct human species.

This study was published in the journal Anthropology under the title ‘Hibernation in hominins from Atapuerca, Spain half a million years ago.’ Results from this study show that there is evidence that over time through analyzing bones and things of that nature there do seem to be people of the past who were eating in cycles. While we are homo sapiens now, the people of the past were building blocks to get where we are now and better understanding them is the key to also understanding ourselves.

It is truly mind-blowing to think that the earlier people of the past were potentially able to sleep through the winter. When I think if hibernating I think of bears doing it well, it’s hard to wrap my head around. Sure, lots of creatures do it but never in a million years would I have thought humans capable of such. We are at the top, sure but we struggle with so much.

The Guardian wrote as follows on these findings:

The scientists argue that lesions and other signs of damage in fossilized bones of early humans are the same as those left in the bones of other animals that hibernate. These suggest that our predecessors coped with the ferocious winters at that time by slowing down their metabolisms and sleeping for months.

The conclusions are based on excavations in a cave called Sima de los Huesos – the pit of bones – at Atapuerca, near Burgos in northern Spain.

Over the past three decades, the fossilized remains of several dozen humans have been scraped from sediments found at the bottom of the vertiginous 50-foot shaft that forms the central part of the pit at Atapuerca. The cave is effectively a mass grave, say researchers who have found thousands of teeth and pieces of bone that appear to have been deliberately dumped there. These fossils date back more than 400,000 years and were probably from early Neanderthals or their predecessors.

The site is one of the planet’s most important palaeontological treasure troves and has provided key insights into the way that human evolution progressed in Europe. But now researchers have produced an unexpected twist to this tale.

In a paper published in the journal L’Anthropologie, Juan-Luis Arsuaga – who led the team that first excavated at the site – and Antonis Bartsiokas, of Democritus University of Thrace in Greece, argue that the fossils found there show seasonal variations that suggest that bone growth was disrupted for several months of each year.

They suggest these early humans found themselves “in metabolic states that helped them to survive for long periods of time in frigid conditions with limited supplies of food and enough stores of body fat”. They hibernated and this is recorded as disruptions in bone development.

What do you think about all of this? I, for one, cannot wait to see what else comes to the surface in regard. While we cannot hibernate now, the concept overall is quite fascinating. I wish I could sleep the winter months away.