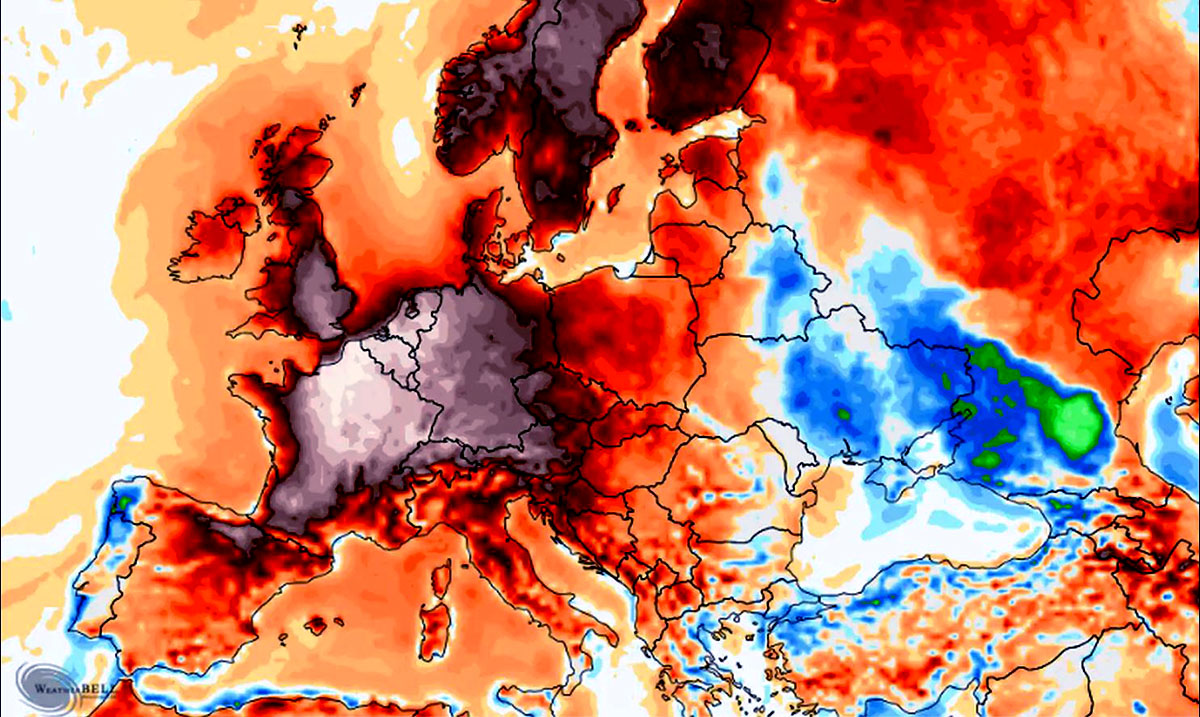 Since summer began, Europe has taken a major hit regarding weather conditions. And while they have already been beating record temperatures, scientists say the worst is yet to come.

Throughout Western, Central and northeastern Europe, various warnings and high alerts have been issued to warn citizens to prepare for extremely high temperatures. Some predict that temperatures in the UK could reach as high as 102 degrees Fahrenheit (ca. 39 °C), which is extremely high for the region. As it stands, the hottest ever recorded temperature in the region was 101.3 F, and was recorded back in 2003.

France may be even hotter, as their heat wave will reach its peak today, at a startling 107.6 degrees F, recorded in the city of Bordeaux.

The WMO reports that record highs have been set in Czech Republic, Slovakia, Austria, Andorra, Luxembourg, Poland and in Germany. Some regions have even experienced droughts on top of the extreme heat, including France, who has had no rainfall in many parts since the heatwave began. Because of this, farms, nuclear energy facilities and agriculture have all been affected.

Portugal is also having issues with the heat, as more than 1,000 firefighters have battled in order to control a wildfire in the Castelo Branco region, which has left over 35 people injured. While authorities report the fires have been brought under control, at least 90%, as long as conditions continue to get hotter, it could complicate things even further.

The European Commission’s emergency management service, Copernicus, Thas even went as far as to issue a ‘very high danger alert’ as wildfire risks have increased throughout Europe, including parts of Spain, Portugal and Italy. They have also stated that Belgium, Germany, and Switzerland will be taking a hit as well, due to the increasing temperatures.

The National Weather Service in France has put 80 of 96 regions on high alert. A red alert, which is the highest, has been issued for 20 of the divisions, and the other 60 are currently on orange, which is the second highest. “We wanted to alert everyone, and no one is without risk,” French Minister of Health Agnès Buzyn said. “Common sense must prevail, everyone must feel assured by the red level that this will affect all 20 regions. It is a health alert for all citizens.”