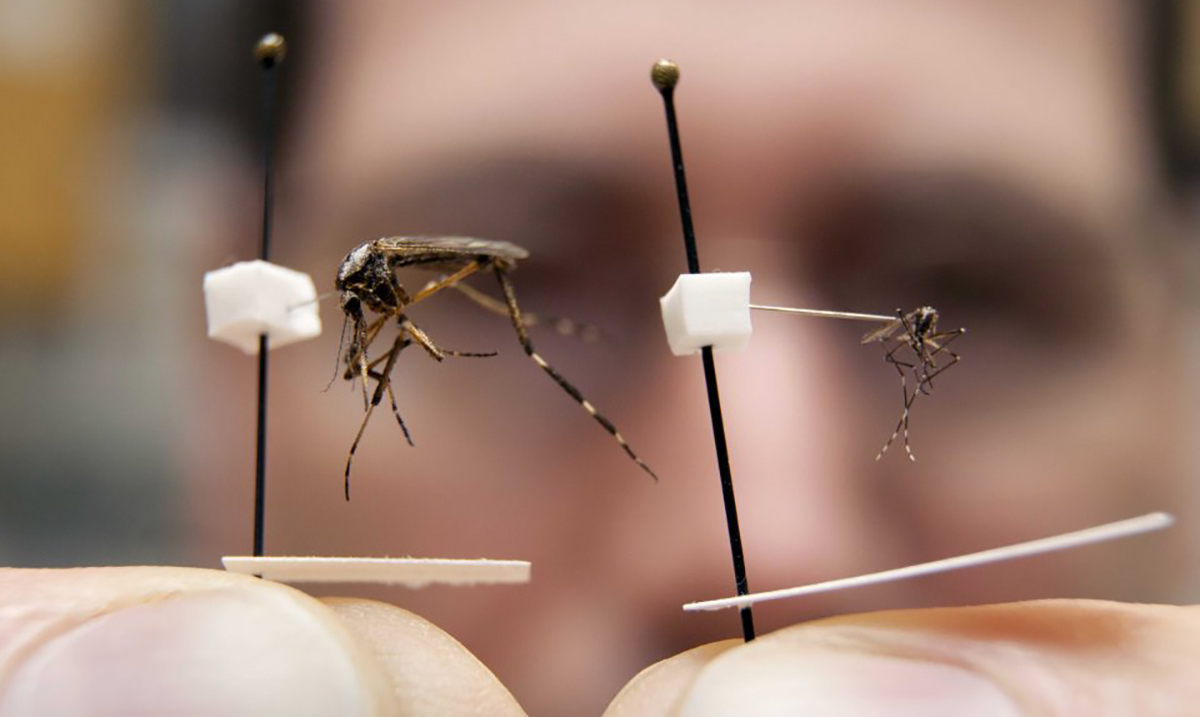 By Gerald Sinclair October 6, 2018 No Comments

Recently numbers of invasive swarms of HUGE mosquitoes have been increasing in North Carolina. These mosquitoes are much bigger than the mosquitoes we are used to and could mean something bad for us all.

Michael Reiskind, Associate Professor of the Department of Entomology and Plant Pathology at NCSU told USAToday as follows in regards to these pests:

“There’s 61 species of mosquitoes in North Carolina and of those, probably 15 to 20 would be highly responsive to floodwaters in this way.”

“When you have major flooding, a lot of those eggs hatch and you can see rapid population growth.”

“Before the storm, I went out for 5-minutes and counted just three mosquitoes in that time. A week after the storm, in those 5-minutes I had eight of them. Then after two weeks, (I counted) 50 in that time, and our area didn’t get hit the hardest.”

“A female mosquito just wants to make eggs, and there’s just one way of doing that, by taking blood.”

“People shouldn’t worry too much, a big mosquito is no more dangerous than a little one. They aren’t radioactive or genetically modified or some exotic species, this is just what happens after a hurricane hits.”

Cassie Vadovsky a native to North Carolina recorded a video of these huge blood-suckers and boy are they scary! She was coming home from picking her daughter up from school and you can see them swarming. She told Inside Edition that she had never seen them this bad before and is worried about her kids.

While these extremely big mosquitoes don’t live for long getting them under control is very important right now. As the weather begins to get colder they should begin to die off if all goes as planned. That being said, they are still quite horrifying.