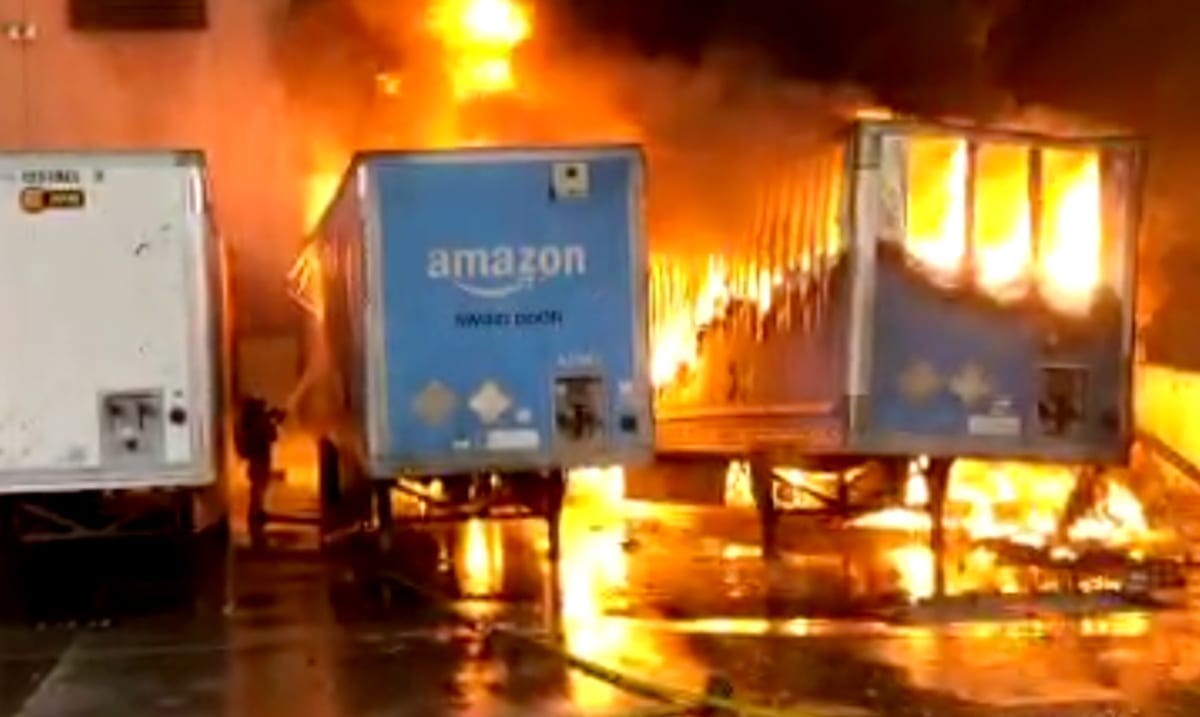 By Gerald SinclairJune 7, 2020No Comments

In recent times it seems an enormous Amazon facility has burned down. Roughly 600,00 square feet went up in flames just days ago and footage of it is circling online.

According to NBC Los Angeles, this happened near a freeway in Redlands and when the fire itself broke out there were about 100 people inside of the facility. That having been said there were no reports of injuries and it seems everyone got out just fine and in time. While we don’t know much about the fire itself it should also be noted that details about how it started are not yet available.

Video: Fire burns at a warehouse in Redlands. pic.twitter.com/oBFEkrMZga

According to Daily Mail, there does not seem to be any relation to this event, and the George Floyd Protests and that the fire itself broke out around 5:25 am on the 5th. This warehouse was one used to ship items out to customers and while firefighters were unable to keep the structure from being destroyed they did their best. The freeway near this building was closed down for a few hours as well because the flames themselves were shooting quite high at their most intense moments.

Daily Mail wrote as follows on this fire:

The facility operated by the global logistics and supply chain company Kuehne & Nagel was dedicated to servicing Amazon. Business and customer orders will be fulfilled from other sites, spokesman Dominique Nadelhofer said in an email.

‘We are not aware of any injuries and understand that everyone was safely evacuated,’ Nadelhofer said.

‘We are mobilizing support resources for our employees that have been affected. To our knowledge, the cause of the fire is yet unknown.’

One employee told CBSLA that he didn’t see sprinklers or hear any fire alarms.

While this building itself is operated by a third-party it does assist Amazon and tends to ship out extra-large items according to Fox40. While it is said that this shouldn’t impact customers too severely, it should be noted that the entire building went up in flames. There is currently being an investigation launched that will get to the core of what started this fire but at the moment, we just don’t know.

As 2020 continues to unfold it does seem like this year is getting worse and worse. If not for those first responders this fire could have ended up spreading, and so we should all be thankful that things were not worse. For more information on all of this please take a peek at the video below.