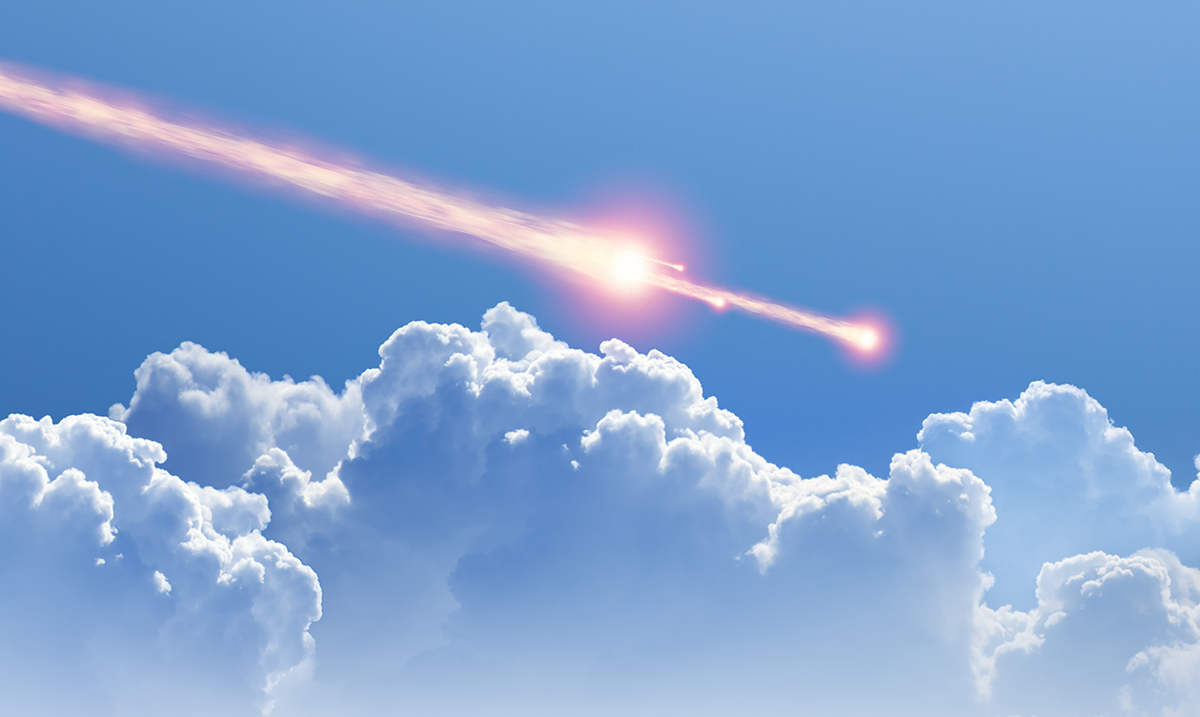 While this kind of thing doesn’t happen often, it has happened as of late, and it’s quite mind-blowing. When we hear about massive fireballs in the sky, most of the time we tend to mean the night sky, right?

This enormous fireball actually was so powerful that it created a sonic boom of sorts in Dorset. Meteors like this one are not something we see often during the day and well, they’re quite interesting for a lot of different reasons. The sonic-boom style noise was heard all across many parts of England and well, according to The BBC it has been confirmed as a meteor since all of the fuss came out.

The BBC wrote as follows on this topic not too long ago:

Simon Proud, a specialist in aviation meteorology at the University of Oxford, captured the meteor – which appeared as a bright flash – flying over the UK on a weather satellite.

He added that the one seen on Saturday would have needed to be “very large” to be visible during day.

Dr. Ashley King from the UK Fireball Alliance – a group of experts and enthusiasts who hunt for freshly-fallen meteorites – said the fireball “would have been going faster than the speed of sound”.

“Normally when you hear that it’s a good sign that you have got rocks that have made it to the surface. It’s incredibly exciting and I’m a bit stunned,” he said.

The group has asked people in the Devon, Dorset, or Somerset areas to report finds of any fragments – believed to be small blackish stones or a mound of dark dust.

Data from cameras is also being analyzed to give details of the meteor’s journey.

Sometimes weather sats see unexpected things.
Do you see the flash in this video? That’s a #meteor flying over the UK this afternoon!🌠

While we do not know much about this meteor right now, perhaps in time we will. Whether you heard it or not when it happened, chances are you’ve been noticing people discussing it whether it’s online or in person. Most people do not seem to have spotted the bright flash of light that came with this interesting ordeal but those who did noted how peculiar it was.

Live Science wrote as follows going over what a fireball meteor is as a whole:

A fireball meteor is a type of extremely bright meteor that emits light equal to or greater than that of Venus in the night sky, according to the American Meteor Society (AMS).

Fireballs burn brightly because of their size and speed — most fireballs come from parent asteroids that are at least 3.3 feet (1 meter) across. As the meteor hits Earth’s atmosphere, it slows down due to friction and heats up, releasing energy in the form of visible light, according to the AMS.

The biggest and brightest fireballs, like this bolide, can be seen during the daytime, and because they often enter the atmosphere traveling faster than the speed of sound, they frequently create a sonic boom before they break apart.

Several thousand fireball meteors burn through Earth’s atmosphere every day. However, most go unnoticed because they are not bright enough to be seen during the daytime, or because they occur over the ocean and other uninhabited areas during the night, according to the AMS.

What do you think about all of this? While this wasn’t the first of its kind and damn sure won’t be the last it is quite unique and well worth being aware of, don’t you agree? There is always something going on out there in space, that much we know to be very true.