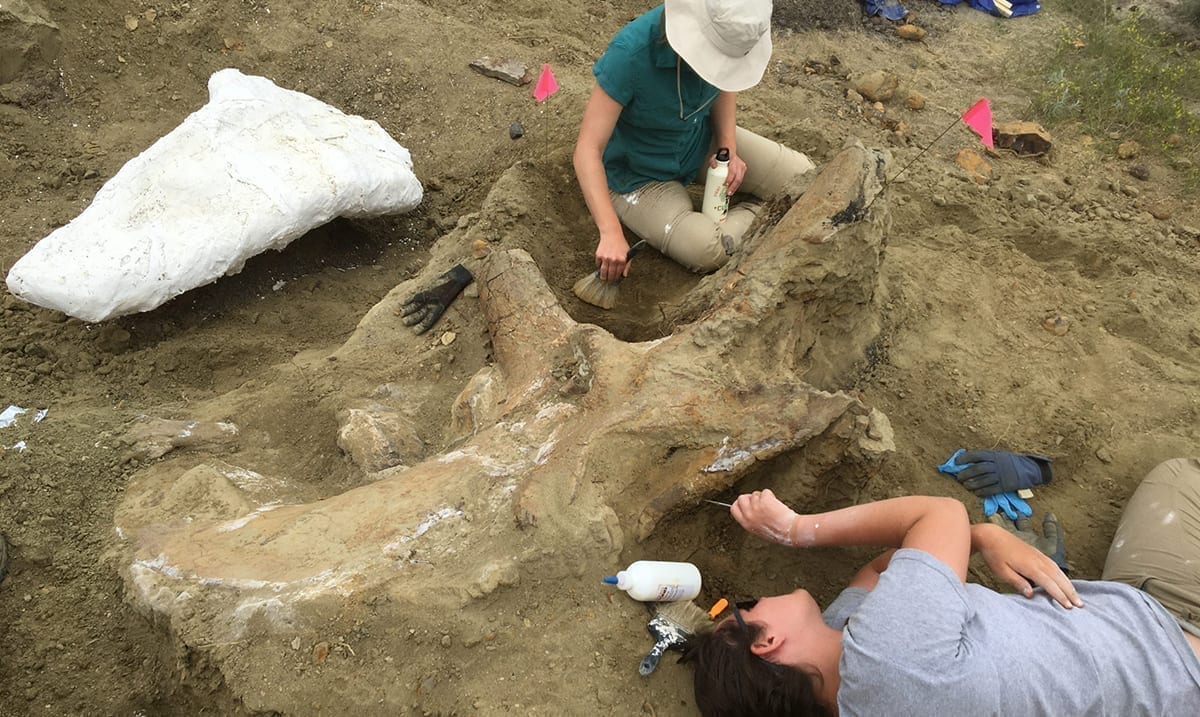 By Gerald Sinclair September 1, 2020 No Comments

In recent times a Missouri college has announced that students had managed to uncover a roughly seven-foot-long three thousand pound triceratops skull in South Dakota and well, it’s enormous. This skull was found by undergraduate researchers during their annual dig and it’s a monumental find.

These students are from Westminster College and they’ve been making headlines since news of this was released and with good reason as you’d expect. Finding fossils/dinosaur remains like this is a dream for many and these people were able to live out that dream big time. This dig was led by David Schmidt who happens to be a professor at Westminster College and while the team hoped to find something, they never knew they were going to be so lucky as to find this gigantic piece of history. 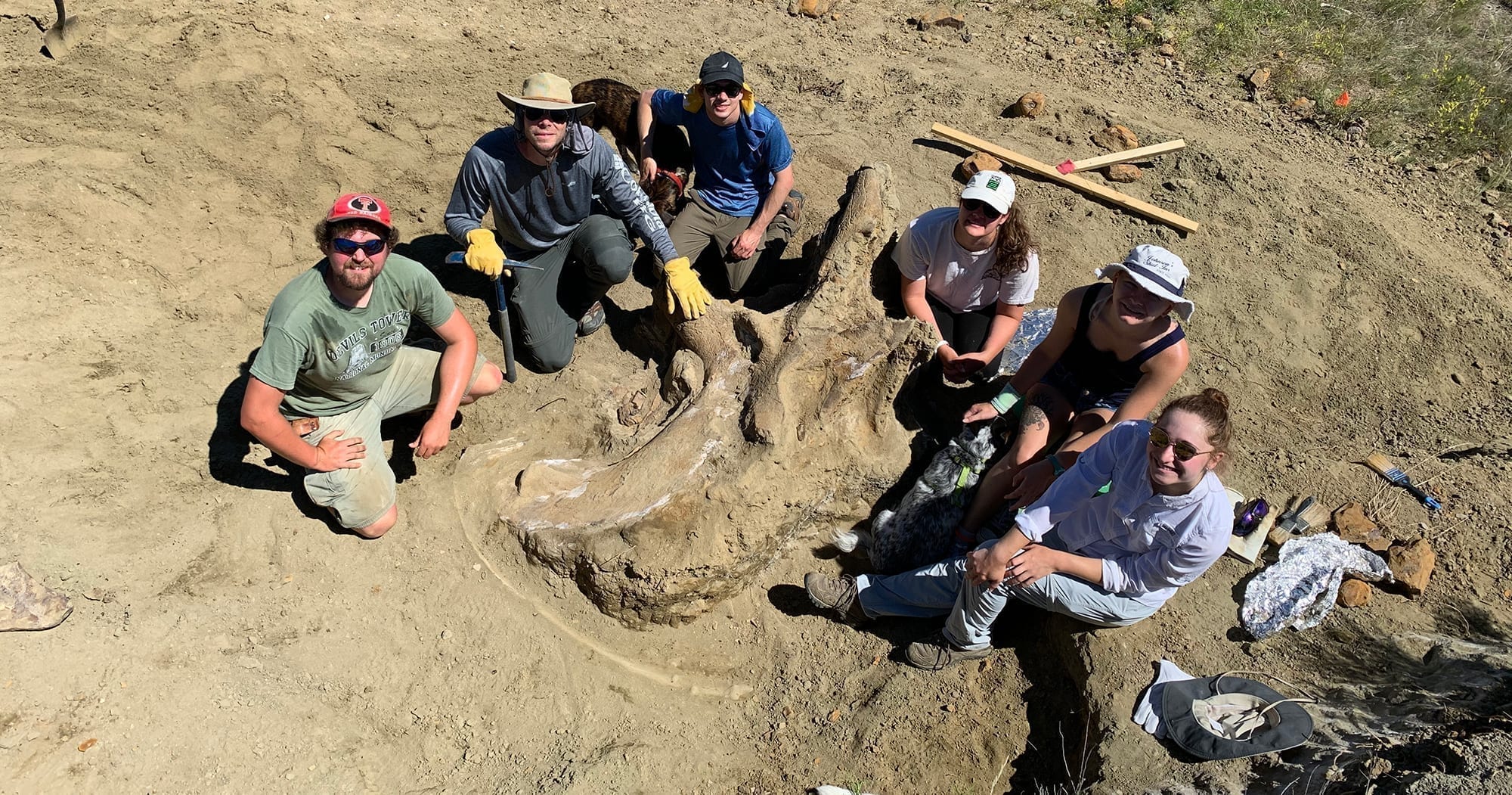 Westminster College wrote as follows on their website in regard to this find:

“It was so exciting … we just didn’t believe it,” recalls David Schmidt, Ph.D., Associate Professor of Geology and Environmental Science, who led the group excavation this summer. “Now we’re just living the dream out.”

Schmidt is referring to a childhood dream that began at the age of 5 when he found himself face to face with a hadrosaurus skeleton at the University of Kansas National Historical Museum in Lawrence. The experience affected Schmidt so profoundly that it led to a lifelong career of searching for treasure ― and his enthusiasm is contagious.

Three current students and four alumni joined Schmidt in June and July for his seventh Westminster fossil expedition at the Grand River National Grassland. He says the annual dig is extremely popular among Westminster students. This year, however, COVID-19 derailed plans, and course credit could not be offered.

Students signed up for the excursion anyway.

“The Geoscience Field Course was canceled, but we were able to continue on a volunteer basis, camping safely outside the entire two months,” Schmidt explains.

During their field research, the Westminster group usually expects to find fragments of dinosaur bone and the occasional isolated, complete bone. But everything changed when a rancher discovered something unusual poking out of the earth along a slope as he repaired a fence in the summer of 2019.

The rancher alerted the National Forrest Service, and their officials immediately contacted Schmidt, who had just arrived with his research group for the annual Westminster expedition. Schmidt’s standing permit with the forest service gave him permission to excavate the area.

Schmidt concluded after careful examination that the object was the tip of a triceratops horn and would require months of careful excavation. He begrudgingly finished up his 2019 survey and made plans to return in the summer of 2020 after the Forest Service gave clearance for excavation.

Digging up the 3,000-pound triceratops skull — named “Shady” by students after community members of the nearby town of Shadehill, SD — made the student and alumni group giddy, begging to remain in the field this summer longer than the usual six to seven hours per day.

“They also just couldn’t wait to get out there each morning,” Schmidt adds.

Pick axes, shovels, a random telehandler, a backhoe, and a flatbed truck at long last brought Shady to the Westminster campus, where it is resting in a secure location until funds can be raised for restoration. The first order of business will be to enlarge the entrance to the Environmental Science laboratory in Coulter Science Center for Shady’s makeover. Other bones that remain in the South Dakota dirt will be dug up next summer. 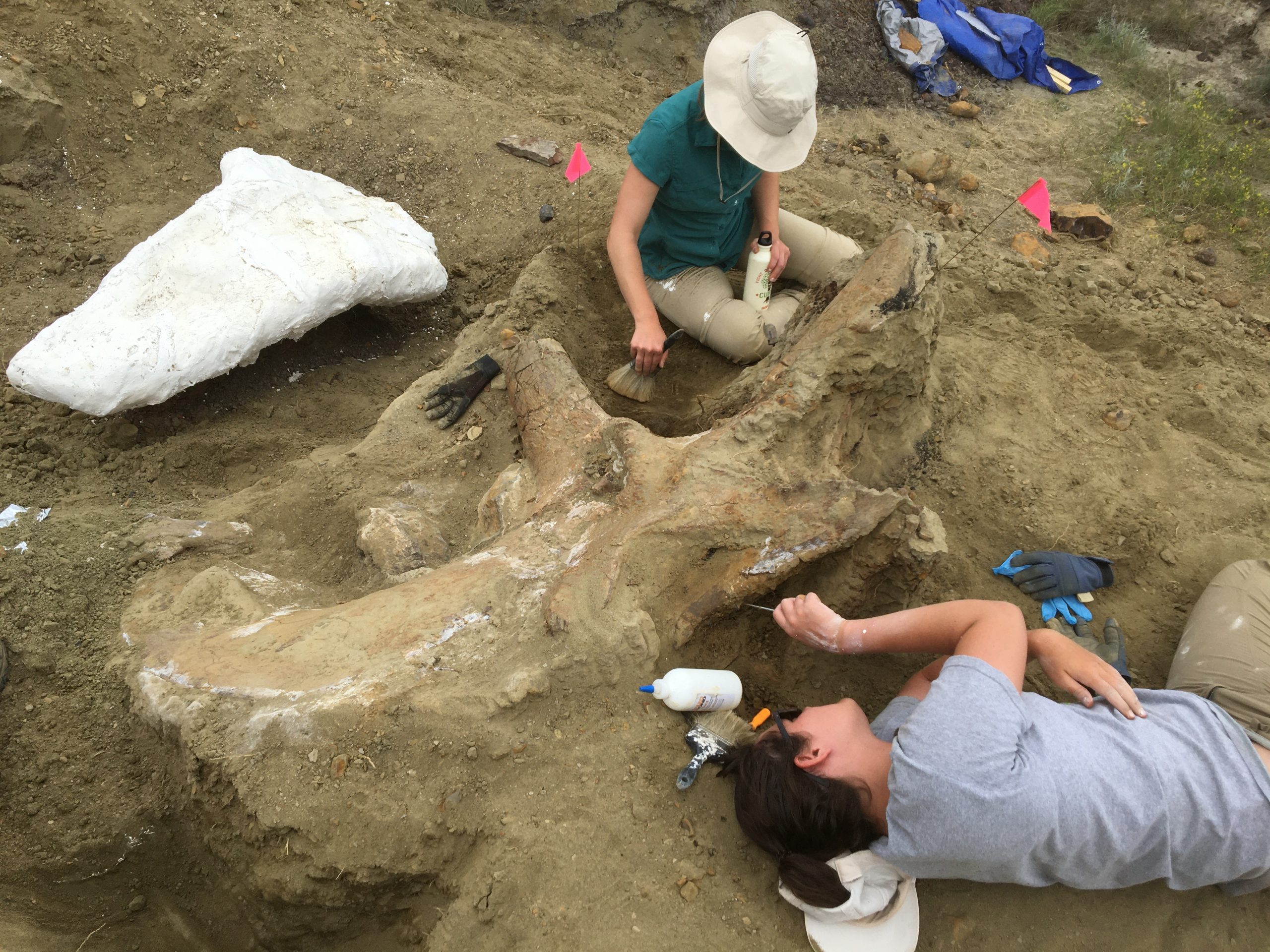 As noted above it is hoped that perhaps the rest of this massive dinosaur are lying in the area and will possibly be found next summer. Sure, only time will tell but many are quite hopeful. Could you imagine being part of this team and helping unearth this triceratops? I for one would be just as excited as they were.