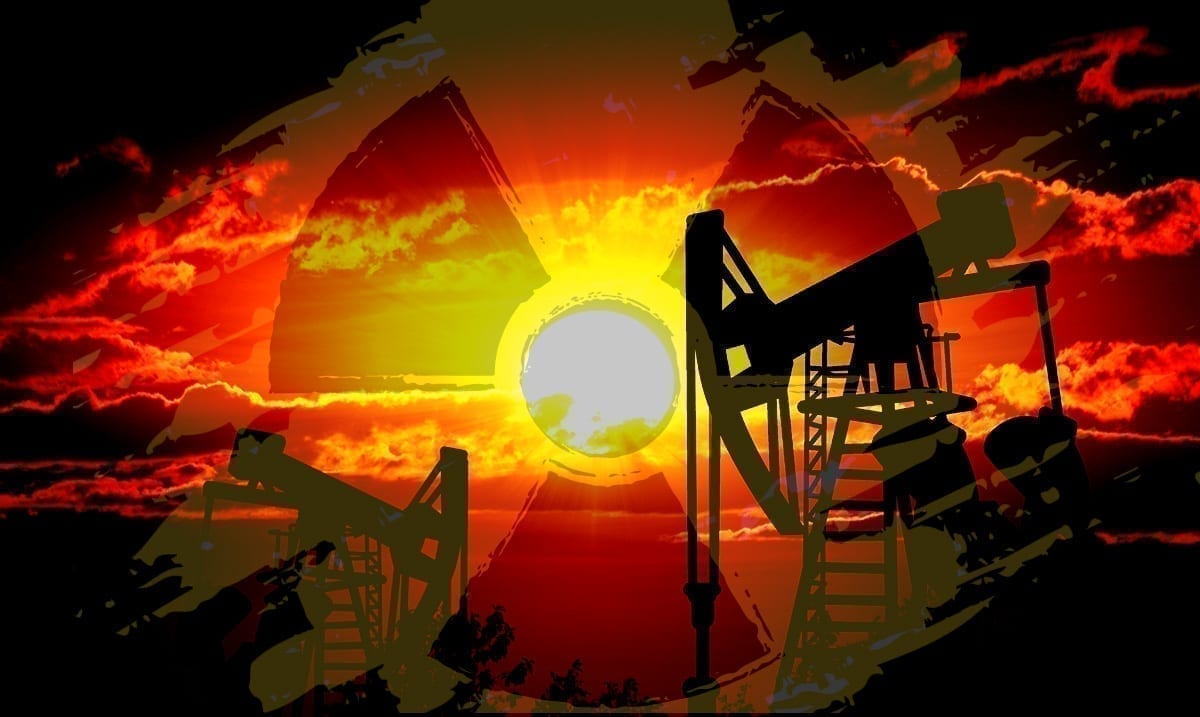 Elevated Radiation Near US Fracking Sites Has Experts Worried

Fracking for oil has been controversial for a long time now but it seems new information is making that all the more concerning. Here in the US, it seems researchers have noticed something worth being aware of near fracking sites.

According to Reuters, radiation levels downwind of these sites here in the US are significantly higher than ‘background levels.’ This means there is potential for a health risk to those living nearby to these facilities. While people living near them have complained in the past, this brings light to the situation at hand on a very real level.

A study on this comes from researchers at Harvard and was published in the journal Nature. While fracking, in general, is something we know produces radioactive waste most people do not realize the things that kind of thing can cause. We don’t necessarily understand the dangers it holds but the health effects are quite real even if we still need to work to better understand them.

The abstract for this study goes as follows and was posted under the title ‘Unconventional oil and gas development and ambient particle radioactivity’:

Unconventional oil and natural gas development (UOGD) expanded extensively in the United States from the early 2000s. However, the influence of UOGD on the radioactivity of ambient particulate is not well understood. We collected the ambient particle radioactivity (PR) measurements of RadNet, a nationwide environmental radiation monitoring network. We obtained the information of over 1.5 million wells from the Enverus database. We investigated the association between the upwind UOGD well count and the downwind gross-beta radiation with adjustment for environmental factors governing the natural emission and transport of radioactivity. Our statistical analysis found that an additional 100 upwind UOGD wells within 20 km is associated with an increase of 0.024 mBq/m3 (95% confidence interval [CI], 0.020, 0.028 mBq/m3) in the gross-beta particle radiation downwind. Based on the published health analysis of PR, the widespread UOGD could induce adverse health effects to residents living close to UOGD by elevating PR.

While fracking overall does provide economic benefits, it holds issues that as time passes we may realize are far worse than most would expect. Reuters noted that according to environmentalist fracking itself threatens water and air in general because of the radioactive waste. Sure, it’s a huge concept here in the US but is it something we need to do away with? That is a question no one seems to be capable of properly agreeing on an answer for.

Reuters wrote as follows on these findings:

Areas within 20 kilometers (12 miles) downwind of 100 fracking wells tend to have radiation levels that are about 7% above normal background levels, according to the study, which examined thousands of the U.S. Environmental Protection Agency’s radiation monitor readings nationwide from 2011 to 2017.

The study showed readings can go much higher in areas closer to drill sites, or in areas with higher concentrations of drill sites.

“The increases are not extremely dangerous, but could raise certain health risks to people living nearby,” said the study’s lead author, Petros Koutrakis.

Radioactive particles can be inhaled and increase the risk of lung cancer.

Koutrakis said the source of the radiation is likely naturally-occurring radioactive material brought up to the surface in drilling waste fluids during fracking, a process that pumps water underground to break up shale formations.

The study found the biggest increases in radiation levels near drill sites in states like Pennsylvania and Ohio that have higher concentrations of naturally occurring radioactive material beneath the surface, and lower readings in places like Texas and New Mexico that have less.

What do you think about all of this? I for one think that a lot more research needs to be done and that the people living near these areas may need some kind of compensation. If you’re not near them, you might not think much of it but simply up and moving isn’t easy for everyone.