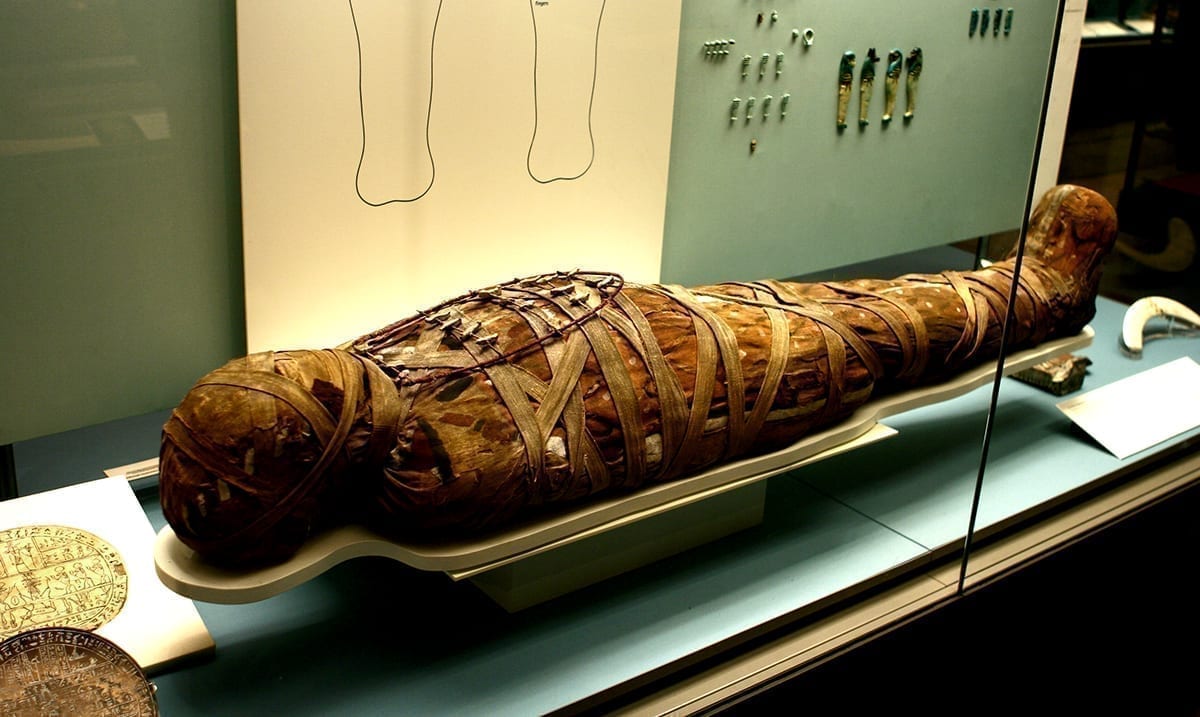 Egyptian Authorities Uncover 13 Sealed Coffins From Over 2000 Years Ago

By Gerald Sinclair September 8, 2020 No Comments

In recent times it seems 13 unopened coffins have been found in Egypt. These over two-thousand-year-old coffins are quite the find and well, we are very interested to learn more about them. These amazing intact wooden coffins were found in Saqqara and in due time we will be able to learn so much from them.

While right now not much information has come forth in regard to these coffins a short video has been released which you can see in the tweet below and the Ministry of Tourism and Antiquities announced the discovery itself on their social media pages not too long ago. Discoveries like this are a huge win for Egypt because most of the time the sites they come across have already been looted and other things of that nature.

It is thought that this is just a small step towards something much bigger and well, only time will tell how that plays out. This new site is likely to have lots more artifacts within it waiting to be found and the team working with this site will be also doing their best to figure out who the people inside of these coffins are. I know some will be against opening them but at the end of the day by opening them we can learn so much more about the history that they hold.

On their Facebook page the Ministry of Tourism and Antiquities wrote as follows on the find:

Dr. Khaled Al-Annani, Minister of Tourism and Antiquities, accompanied by Dr. Mustafa, Minister General of the Supreme Council for Antiquities, check out the work of the excavations of the Egyptian archaeological mission working in the area of Saqqara, which resulted in the detection of a deep well for burial with more than 13 A human coffin has been closed for more than 2500 years, with a depth of about 11 meters, and closed wood coffins found above each other.

Dr. Khaled Al-Anani has been keen to go down to the bottom of the well with Dr. Mustafa Waziri to check the reveal in preparation for his announcement soon at a press conference in the area of Saqara Archaeology, and thanks to the workers on the site for working in difficult circumstances while adhering to the procedures Precautionary.

Preliminary studies indicate that these coffins are completely closed and haven’t opened since they were buried inside the well and are not the only ones, more likely to be found inside the sides of the well, one of them opened and done A number of archaeological and wooden coffins found inside, so far, the identity and positions of the owners of these coffins or their total number have not been identified, but these questions will be answered within the next few days through the continuation of excavations.

The Ministry of Tourism and Antiquities is conducting a social media promotional campaign in the coming period to promote this archaeological reveal, and its first promotional films are set to be published shortly.

Noteworthy that the ministry has announced more than one archaeological discovery over the past years in the area of Saqqara Archaeology, which includes the largest number of coffins in his burial since the discovery of Assef’s environment.

These coffins are quite well preserved and were only a mere 36 feet below the ground. By further researching this site and the things found in it we will soon know how important those buried within it were in their time of living and passing. There very well could also be more coffins to uncover.

What do you think of this amazing find? While it might not sound like much right now it could play out to be even more important than we think. Sites like this are hard to find and well, they hold so much history and mystery within them.

Posted by ‎Ministry of Tourism and Antiquities وزارة السياحة والآثار‎ on Sunday, September 6, 2020