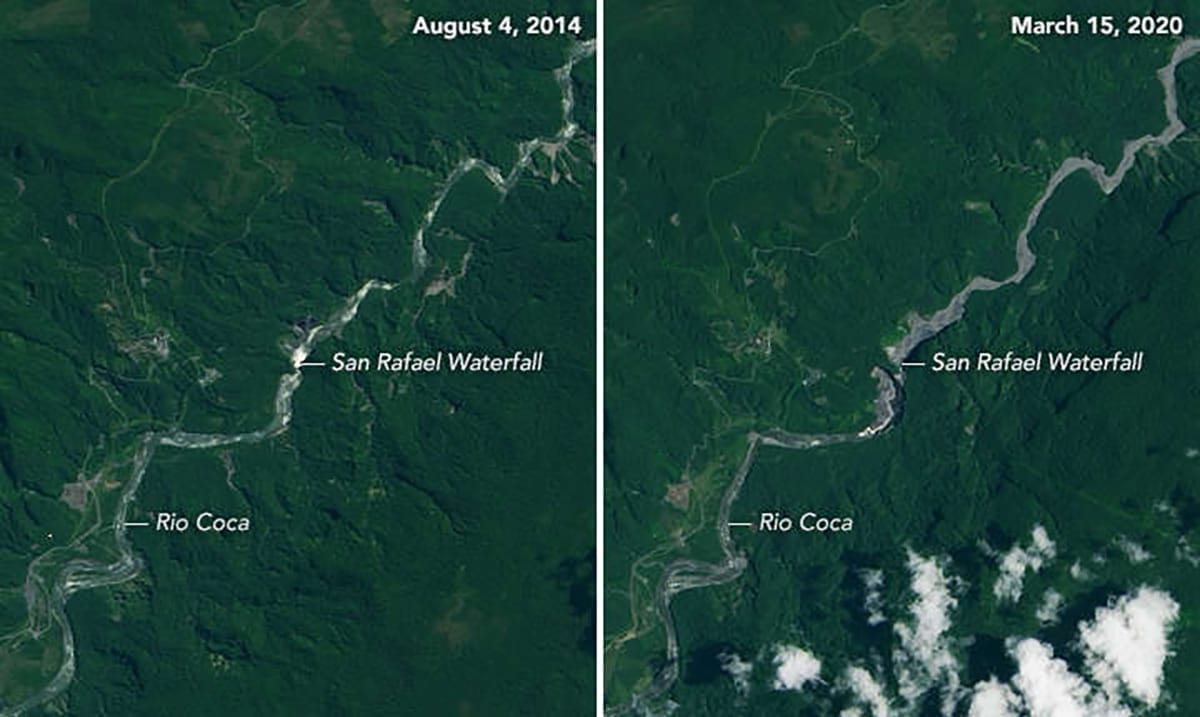 For those who were not aware the San Rafael waterfall was the largest waterfall in Ecuador until recently. While this doesn’t happen often, it seems this waterfall in itself has ‘disappeared.’

According to NASA this waterfall on the Coca River was a huge tourist attraction for Ecuador throughout the years and basically consisted of a waterfall feeding 150 foot into a crater-like opening. The cascade and overall flow of this waterfall stopped on February 2nd of this year and that in itself has been noted as happening because of some kind of sinkhole. This sinkhole as NASA noted appeared in the Coca River a few meters before the falls and basically diverted the water source. 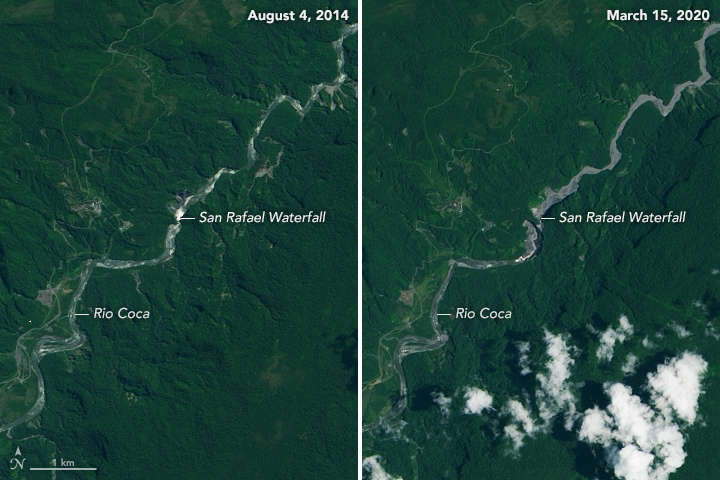 Experts at the Ministry of the Environment (MOE) in Ecuador believe the event happened in early February upstream, and diverted the current river pattern underground.

Shortly after, MOE technicians said they inspected the waterfall and reported “possible undermining of the river’s path, prior to the fall of the waterfall.”

However, they could not determine an exact cause at the time.

There is some discrepancy over if it was a natural phenomenon, or caused by construction of a hyrdoplant on the river.

The Ministry of Tourism does not plan to reconstruct the falls, NASA said.

Now, this waterfall once drew tens of thousands of people to the country each and every year. That in itself will not be happening now as there is no plan to get the waterfall flowing again. Losing this beautiful waterfall is truly sad as it was quite the wonder. The trickle that this waterfall is now, is nothing like what it once was and even the area surrounding this waterfall is closed to the public while being monitored for what could be possible future landslides.

While the cause of the sinkhole is being investigated it seems tourism even despite the current pandemic was closed off in the area. Some people seem to think this has something to do with the construction of a hydroelectric plant but nothing is certain at the moment. Now, in the video below you can see this waterfall in all its glory while it was still flowing and what it has become now. I for one am sad I never got to see this mind-blowing place in person.