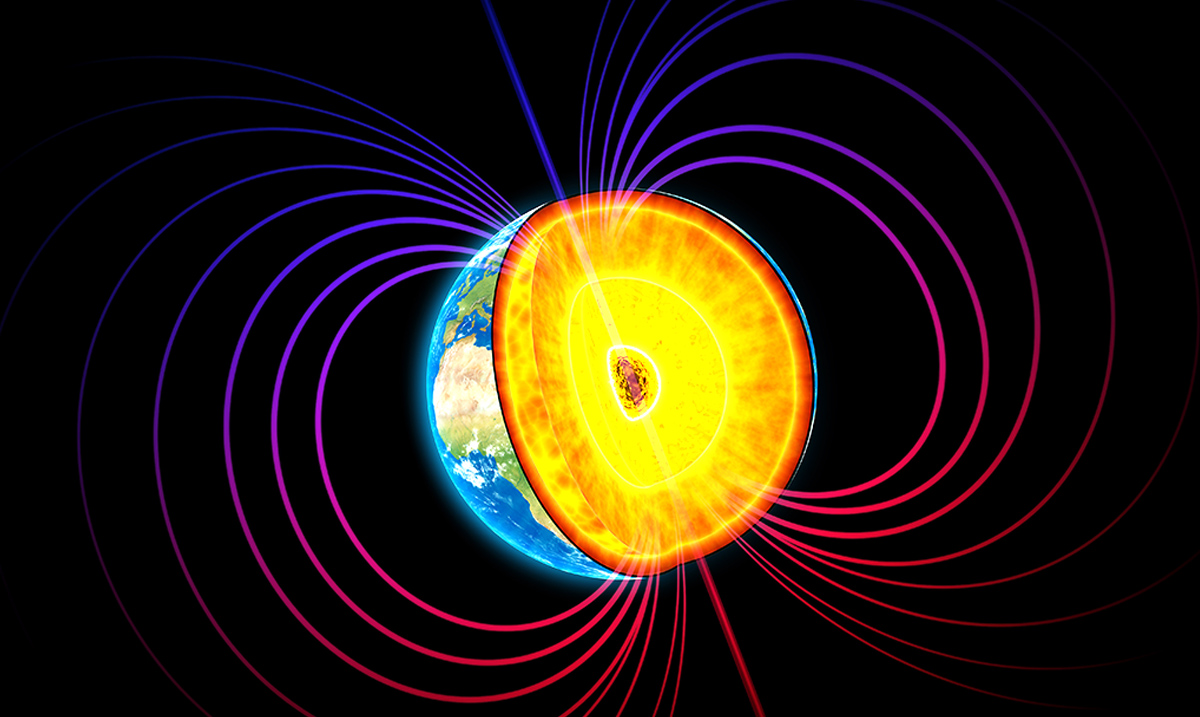 We all know the Earth itself has magnetic poles. These poles are present in the North as well as the South.

These poles have for some time now been drifting and moving to the point where many officials believe we are nearing another flip of some kind. That having been said, chances are you didn’t hear about something pretty interesting that happened back in February of this year. When the World Magnetic Model was updated, what we know as Magnetic North was changed. This meaning its location was moved ‘officially.’

Magnetic north is one of three “north poles” on our globe. First, there’s true north, which is the northern end of the axis on which our planet turns.

But our planet’s protective magnetic bubble, or magnetosphere, isn’t perfectly aligned with this spin. Instead, the dynamo of Earth’s core creates a magnetic field that is slightly tilted from the planet’s rotational axis. The northern end of this planet-size bar magnet is what’s known as geomagnetic north—a point sitting off the northwest coast of Greenland that’s changed position little over the last century.

Then there’s magnetic north, what your compass locates, which is defined as the point at which magnetic field lines point vertically down. Unlike geomagnetic north, this position is more susceptible to the surges and flows in the swirl of liquid iron in the core. These currents tug on the magnetic field, sending magnetic north hopping across the globe.

“The north magnetic pole is quite a sensitive place,” says Phil Livermore, a geophysicist at the University of Leeds.

While this model is updated once every five years it is interesting to know how drastic changes like this can be. While this model was not intended to change until 2020 changes needed to be made early for some pretty scary reasons. If these changes were not made before the year 2020 the acceptable limits for magnetic-based navigation would have been exceeded meaning that those who were traveling using such would most likely end up lost and unable to reach their destinations.

Now, if this pole were to flip as many expect it to at some point in the seemingly near future changes may be noticeable or the average person may be seemingly unaware. That being said a reversal could weaken the magnetic field of our planet as a whole. This means that we won’t be as protected from things flying around in space as we currently are and that in itself could serve to be a serious issue.

To learn more about all of this please feel free to check out the video below. What do you think about all of this? Isn’t it interesting how things in this world change so quickly? As this pole is still moving and changes are still happening who knows where things will end up?