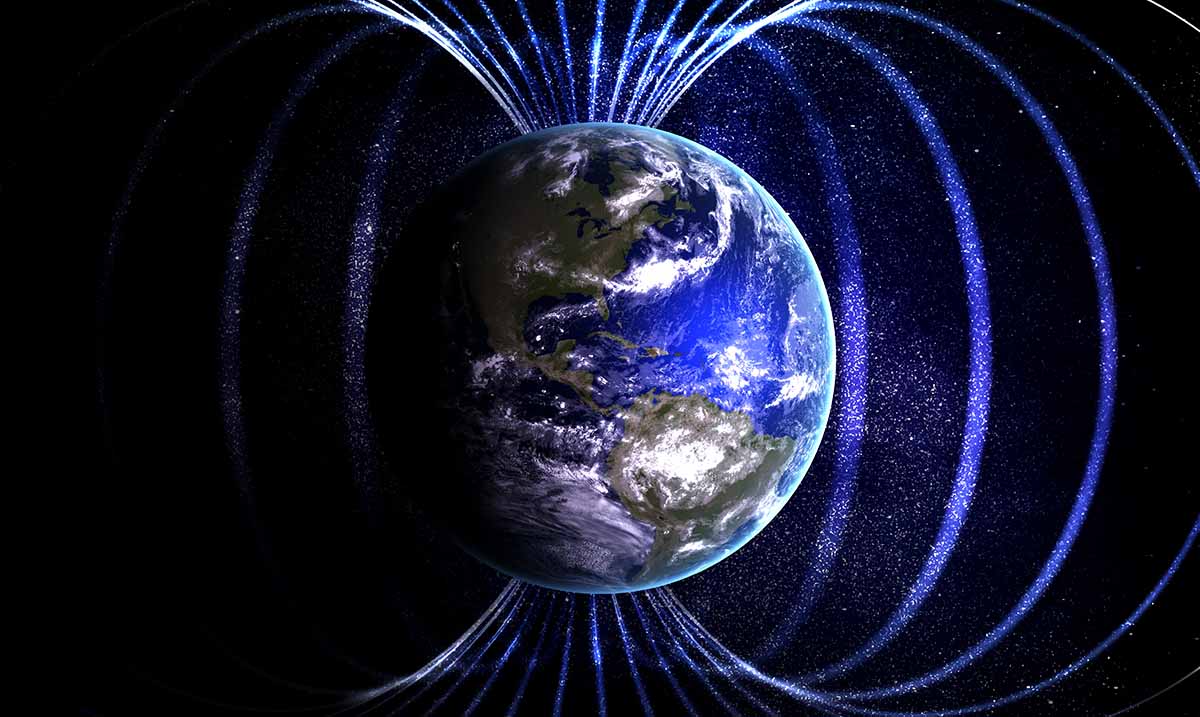 Something in the atmosphere isn’t quite right, as the magnetic field of our planet is beginning to weaken, according to recent research. While we often don’t think much about the going on, on our planet and how it is changing, evolving, and shifting daily, this particular shift is alarming.

In fact, according to the researchers in the paper, which was recently published in Geographical Review Letters, Earth’s magnetic field has shifted so much that it has caused satellite disruptions as they move through it.

In the paper, the researchers present evidence they have gathered from Southern Africa about the South Atlantic Anomaly, which covers Chili to Zimbabwe. There is no doubt about it- the field is becoming weaker, but why?

While our Earthly magnetic poles do shift from time to time, this typically happens over time. The last time a massive shift took place was over 780,000 years ago. No one knows when it will happen again, but this recent recognition of the anomaly has scientists feeling a bit concerned.

“We’ve known for quite some time that the magnetic field has been changing, but we didn’t know if this was unusual for this region on a longer timescale, or whether it was normal,” explained physicist Vincent Hare from the University of Rochester in New York.

While most people tend to think of magnetism when they think of the magnetic field, it does far more than that. It protects us against the solar storms that would otherwise leave us all dead in their wake. It also works as a defense system from ultraviolet radiation in outer space, and it also helps compasses to work.

Additionally, without it, many different forms of animal life would become confused and would even lose their sense of direction.

To better understand what was happening, researchers began to look at the spreading seafloors that had formed as magma cooled. The crystals in the magma they believed would be able to tell them which direction in Earth’s magnetic field was polarized. Over thousands of millions of years, the polarized seafloor minerals formed parallel stripes of reversed crystals that reveal past reversals.

What they discovered throughout their study was that while alarming, the fluctuations we are seeing now are not a coincidence or a random occurrence, but moreso part of a historical trend of magnetic field fluctuations that have been happening in the region. And the reason for these fluctuations, the study asserts, is not random. 1,800 miles beneath the surface of Africa is an area called the African Large Low Shear Velocity province, which is a heavy area, pressing down on Earth’s core.

“We’re getting stronger evidence that there’s something unusual about the core-mantel boundary under Africa that could be having an important impact on the global magnetic field,” explains John Tarduno, Ph.D., study co-author and chair of the department of Earth and Environmental Sciences at the University of Rochester.

Only time will tell how serious this all could be, it is now abundantly clear that there isn’t much that can be done to stop the big flip when it does happen.