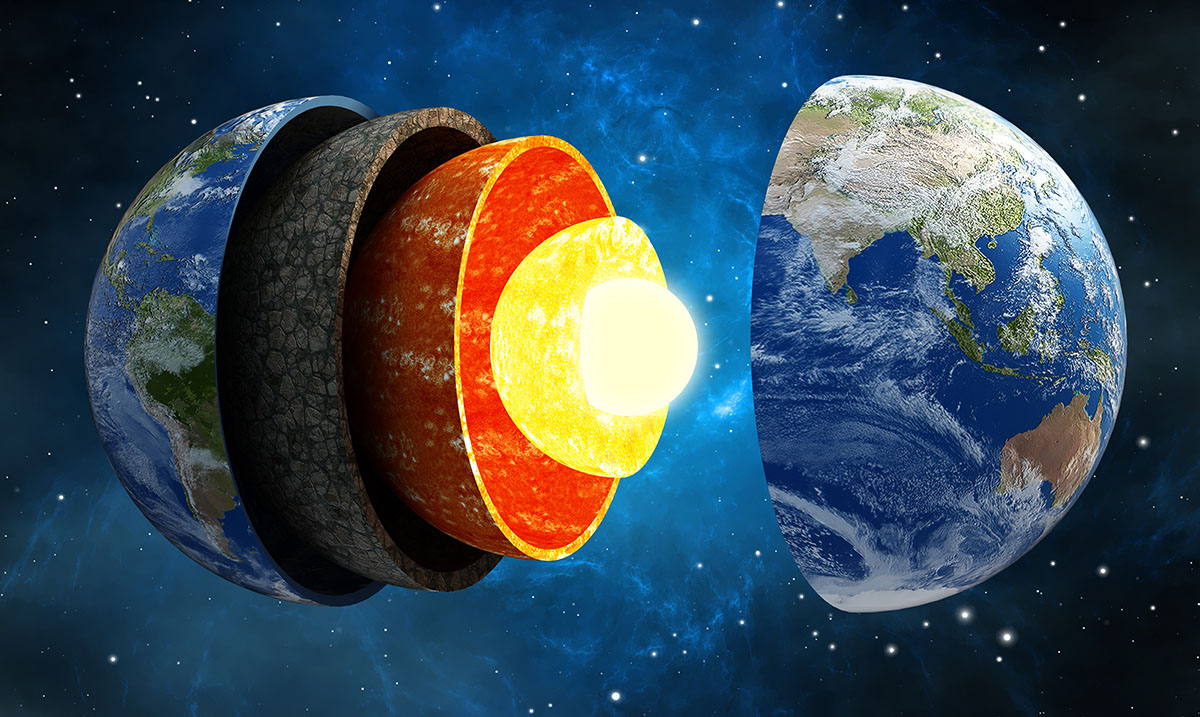 Earth’s Insides Are Cooling Down Faster Than Expected, And It Could Be Bad

By Harley MansonJanuary 18, 2022No Comments

Our planet, Earth was formed 4.5 billion years ago, roughly. And since the beginning, its core has been cooling down.

Due to the Sun, and the way Earth rotates, the surface of Earth’s temperature ebbs and flows. However, the core within is constantly cooling down, over time. Due to this, scientists assert that Earth will become an inactive planet, much like Mercury and Mars sooner than expected.

It is hypothesized that the core is what produces our magnetic field, and in turn, what causes life on our planet to thrive as it does.

As the core cools down, eventually it is going to solidify, causing the planet to become inactive. Recently, researchers from ETH Zürich set out to study the thermal properties of bridgmanite, which is the primary mineral that makes up the matter in between Earth’s mantle and the outer core.

Based on the thermal conductivity of this mineral, researchers can better understand the amount of energy that flows from the iron-nickel core to the cooler mantle just above it.

Unfortunately, this means that the core is cooling much faster than previously thought.

“Our results could give us a new perspective on the evolution of Earth’s dynamics,” Murakami said. “They suggest that Earth, like the other rocky planets Mercury and Mars, is cooling and becoming inactive much faster than expected.”

Unfortunately, they do not know how much faster it will become inactive, so more research will have to be done to better understand that aspect of things. However, it most likely won’t happen overnight.

The findings this article is based upon were published in Earth and Planetary Science Letters.