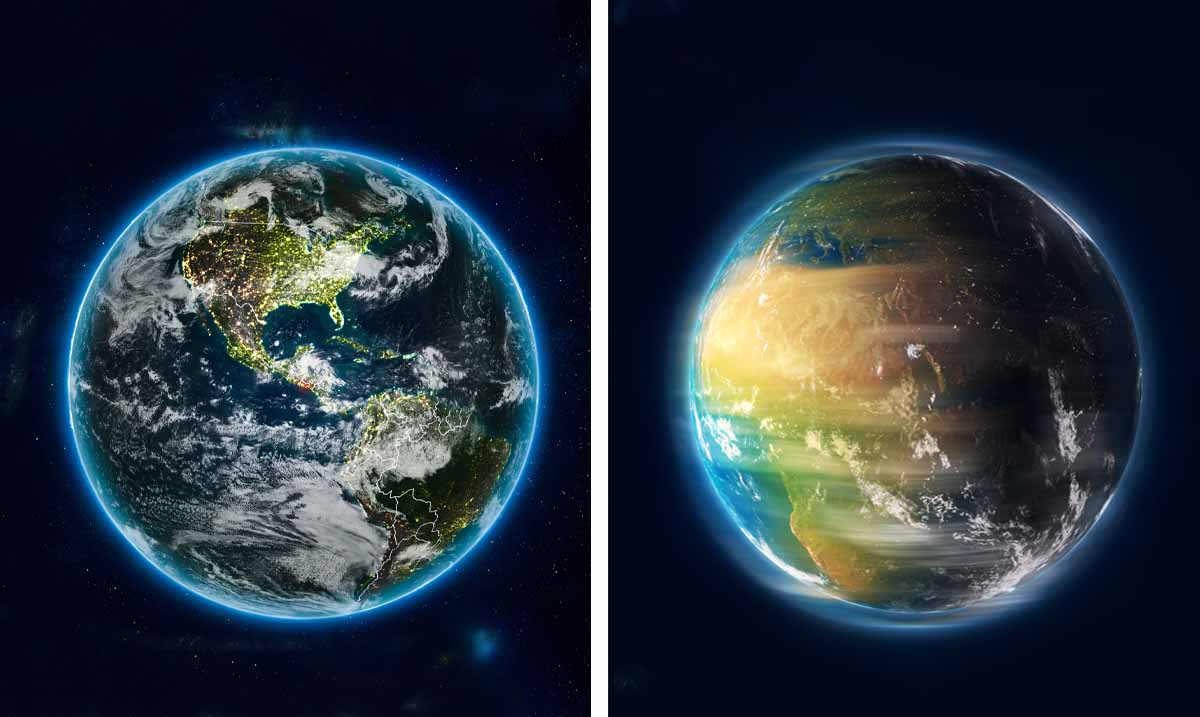 By Harley MansonAugust 25, 2022No Comments

On June 29, the shortest day on Earth’s record was recorded, with a rotation around its orbit lasting 1.59 milliseconds under 24 hours. This short rotation has left scientists puzzled as to WHY this has happened.

There are many theories as to what could have caused this, including tides, Earth’s layers, and even climate change.

It isn’t the first time that Earth has experienced an irregular rotation, however, when irregular rotations take place, they cause a need for us to create a ‘leap second,’ which is when a second is added to the Coordinated Universal Time. This is a solar clock that keeps us as close to solar time as possible.

“If Earth’s fast rotation continues, it could lead to the introduction of the first-ever negative leap second,” Time and Date reports. When a negative leap second happens, it takes time away from the atomic clocks. “This would be required to keep civil time—which is based on the super-steady beat of atomic clocks—in step with solar time, which is based on the movement of the Sun across the sky.

“A negative leap second would mean that our clocks skip one second, which could potentially create problems for IT systems,” the report continues.

Recently, in a blog post by Meta, they explain in great detail how introducing negative leap seconds could be ‘devastating.’ The reason for this, they argue, is that most technological systems have a backed-in assumption that only allows for time to move forward. When a negative leap second is introduced, it can cause massive outages.

“The impact of a negative leap second has never been tested on a large scale; it could have a devastating effect on the software relying on timers or schedulers,” Meta said.

“Introducing new leap seconds is a risky practice that does more harm than good, and we believe it is time to introduce new technologies to replace it,” the post reads.

Just back in 2012, Reddit was inaccessible for 40 minutes after an outage was caused by a leap second which confused its systems. “The leap second and the offset it creates cause issues all over the industry,” Meta wrote.

While scientists are torn on why this happens, they believe that it may have something to do with the Chandler Wobble, which causes irregular rotations. In the next week, they will be discussing just that at the Asia Oceania Geosciences Society meeting.

The Chandler wobble is what is used to describe the irregular movement of Earth’s geographical poles across the surface of the globe. “The normal amplitude of the Chandler wobble is about 3m to 4m at Earth’s surface,” scientists Leonid Zotov told timeanddate, “but from 2017 to 2020 it disappeared.”

Additionally, experts speculate that it could have something to do with the melting and refreezing of the ice caps on the world’s tallest mountains. And while the recent ‘shortest day’ and ‘fastest spin’ was true, recorded, for the most part, over time, Earth’s rotation is still slowing down.