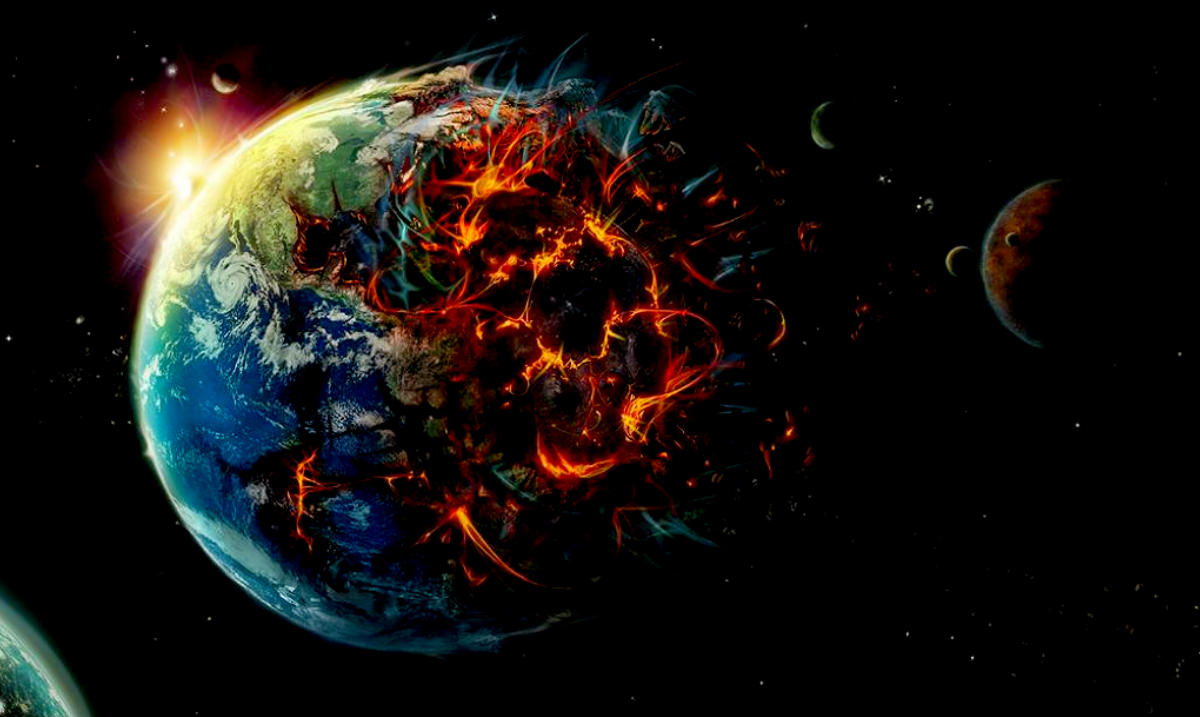 It seems the number of asteroids ‘pummelling’ our planet has increased far more than estimations had assumed. We are currently being hit by more asteroids than we were during the time of Dinosaurs.

Research shows that it seems the rate of space rock impact has tripled over the past roughly three hundred million years. This information coming from researchers examining data generated by NASA’s Lunar Reconnaissance Orbiter. Previous theories on this topic held that there were fewer craters on objects dating back to that time.

Science Daily reported as follows in regards to this study:

During the lunar night, rocks radiate much more heat than fine-grained soil called regolith. This allows scientists to distinguish rocks from fine particles in thermal images. Ghent had previously used this information to calculate the rate at which large rocks around the Moon’s young craters — ejected onto the surface during asteroid impact — break down into soil as a result of a constant rain of tiny meteorites over tens of millions of years. By applying this idea, the team was able to calculate ages for previously un-dated lunar craters.

When compared to a similar timeline of Earth’s craters, they found the two bodies had recorded the same history of asteroid bombardment.

“It became clear that the reason why Earth has fewer older craters on its most stable regions is because the impact rate was lower up until about 290 million years ago,” said William Bottke, an asteroid expert at the Southwest Research Institute in Boulder, Colorado and another of the paper’s coauthors. “The answer to Earth’s impact rate was staring everyone right in the face.”

The reason for the jump in the impact rate is unknown, though the researchers speculate it might be related to large collisions taking place more than 300 million years ago in the main asteroid belt between the orbits of Mars and Jupiter. Such events can create debris that can reach the inner solar system. Ghent and her colleagues found strong supporting evidence for their findings through a collaboration with Thomas Gernon, an Earth scientist based at the University of Southampton in England who works on a terrestrial feature called kimberlite pipes. These underground pipes are long-extinct volcanoes that stretch, in a carrot shape, a couple of kilometers below the surface, and are found on some of the least eroded regions of Earth in the same places preserved impact craters are found.

Gernon showed that kimberlite pipes formed since about 650 million years ago had not experienced much erosion, indicating that the large impact craters younger than this on stable terrains must also be intact.

This seems to imply that the history of life on Earth is punctuated by extinction events. The forced causing them are far more complex than most assume. This brings about the question of whether or not asteroid impacts can be linked to events that occurred many many years ago.

According to Sara Mazrouli, lead author on this paper it was a very painstaking task at first. Mapping out the craters without knowing whether they would get anywhere or not was quite frustrating I am sure. This is a huge step to better understanding the past of this planet we call home.

This study’s abstract is listed as follows:

What do you think about all of this? I for one cannot wait to see what we learn in regards as time passes. I guess we should only hope that we do not see the same fate that the Dinosaurs did.