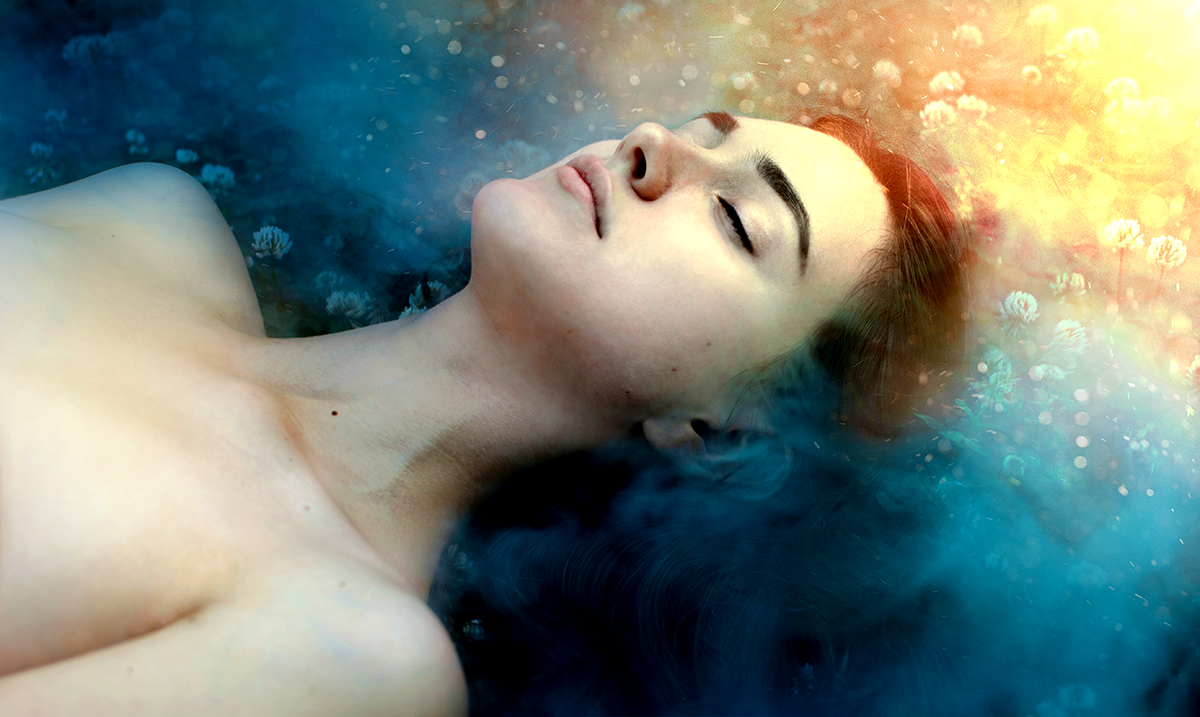 Dream Telepathy: Communicating With Others While You’re Fast Asleep

Telepathy is something that you have probably heard about before but have you ever considered whether something of the sort would be possible while a person was sleeping if at all? While a lot of people dismiss the idea of telepathy as a whole, others are quite willing to embrace it.

When it comes to using telepathy in the dream world, things are a bit confusing but all the while still quite interesting. You might be surprised to find that scientific research on dream telepathy has happened and been happening for a lot longer than most would expect. One of the more prominent faces in that kind of thing is Dr. Montague Ullman who helped write the book ‘Dream Telepathy: Experiments in Nocturnal ESP.’ Within this book, he and his colleague detail their successes as well as their failures in regards.

Ullman throughout his works carried out series’ of experiments that tested dream telepathy in big ways. Within these experiments, a sender and receiver were called for. This meaning someone was sending a message while someone else was receiving the message. For this process, the sender and receiver slept in different rooms and the sender was given an envelope about what to think while sleeping. From there the receiver was woken up in the middle of the night to report what dreams he/she was experiencing.

Basically, if the envelope said send rabbits the sender would think of rabbits and the receiver, if he/she was receiving the message, would see rabbits in his/her dream. Sounds simple enough, right? Surprisingly these experiments proved quite mind-blowing through the ten-year period they were carried out.

In regards to telepathic dreams Siivola.org wrote as follows on Ullman’s work:

Telepathic dreams occurred sporadically in my practice under varied circumstances. They came about when my own agenda interfered with effective contact (my counter-transference) or when the patient resorted to the telepathic maneuver in the interest of her own transferential needs. Both may be involved, as was the case with one patient who consistently responded to my personal and somewhat distracting need to have case material whenever I was about to write or lecture on the subject of telepathic dreams, while at the same time she established her own special status as a telepathic dreamer. Used manipulatively in this way, her secret knowledge was made known to the therapist while being in a position to disclaim any responsibility.

The inhibited obsessively organized individual who tends to use language in the service of distancing mechanisms rather than facilitating contact is more likely to fall back on this maneuver. Telepathy appears as one way of maintaining contact at critical points in the management of contradictory needs for distance and inviolability and at the same time serving the inextinguishable need for closeness and safety.

In the following example, a dream containing unusual dream elements corresponded to a real event in my life. In this instance, the dream and the real-life event occurred on the same night (Ullman, 1980). A forty-two-year-old female patient, a seamstress, reported the following dream:

I was at home with my boyfriend John. There was a bottle on the table containing part alcohol and part cream. It was sort of white foamy stuff. John wanted to drink it. I said, “No, you can drink it later.” I looked at the label. It read “Appealing Nausea.” I meant to drink it when we went to bed, although we seemed to be in bed at the time.

She then reported another dream fragment from that same night:

I had a small leopard. It was very dangerous. I wrapped him up and put him in a large bowl. Mother told me to take him out, or he would die.

On the evening of the night, the patient had these dreams, my wife and I attended a lecture at the New York Academy of Medicine on the subject of animal neuroses. The speaker presented a movie showing how cats can be made to develop an addiction to alcohol. Once the addiction developed and the alcoholic cat was offered the choice of a dish of milk or a dish of half-milk, half-alcohol the cat showed a preference for the alcohol-milk mixture.

“Tracer” elements such as the half-alcohol, half-cream mixture and the small feline creature suggest the possibility of telepathy. To establish the likelihood of this, one has to invoke the criterion of psychological meaning based on an elaboration of the underlying dynamics. The analysis of the dream did support the telepathy hypothesis. The scene in the movie, witnessed by the therapist, provided visual metaphors that appropriately expressed dynamics that were surfacing at the time in therapy. These included her feelings about the omnipotence of the therapist in relation to her, suggested by her identification with the animal being manipulated by the experimenter; her own despair about change, suggested by her identification with a leopard, an animal that cannot change its spots; and her ambivalence about relinquishing control and revealing the more sensual side of her character, suggested by her intent to drink an alcohol mixture aptly labelled “Appealing Nausea” at bedtime, while also being wary about it.

My first three encounters, while personally very meaningful, were essentially anecdotal in nature. Not undertaken in a spirit of scientific inquiry, there was no rigorous effort to rule out other possible causes, or chance itself. Such experiences carry conviction for the one involved but have generally been of no great interest to science. Many well-documented instances of this nature have been collecting dust for years in the files of the British and the American Societies for Psychical Research.

In consideration of this reality, the next logical step was for me to consider the possibility of an experimental approach. In 1960, in the course of my last year in practice, I received a grant from the Parapsychology Foundation to conduct a pilot study to apply the then-recent discovery of the connection of rapid eye movements (REM) to dreaming and how the possibility of near-total recall of the dreams of the night lent itself to a dream telepathy experiment. The results were of enough interest to influence my decision in 1961 to terminate private practice and accept a full-time hospital appoint­ment, making it possible for me to set up a sleep laboratory in the hope of establishing a quantitative result under conditions where all other possible causes were excluded.

Whether you think this kind of thing could happen or not trying it out for yourself could prove that you’re capable of more than you realize. To learn more about dream telepathy please feel free to check out the videos below. What do you think about all of this?