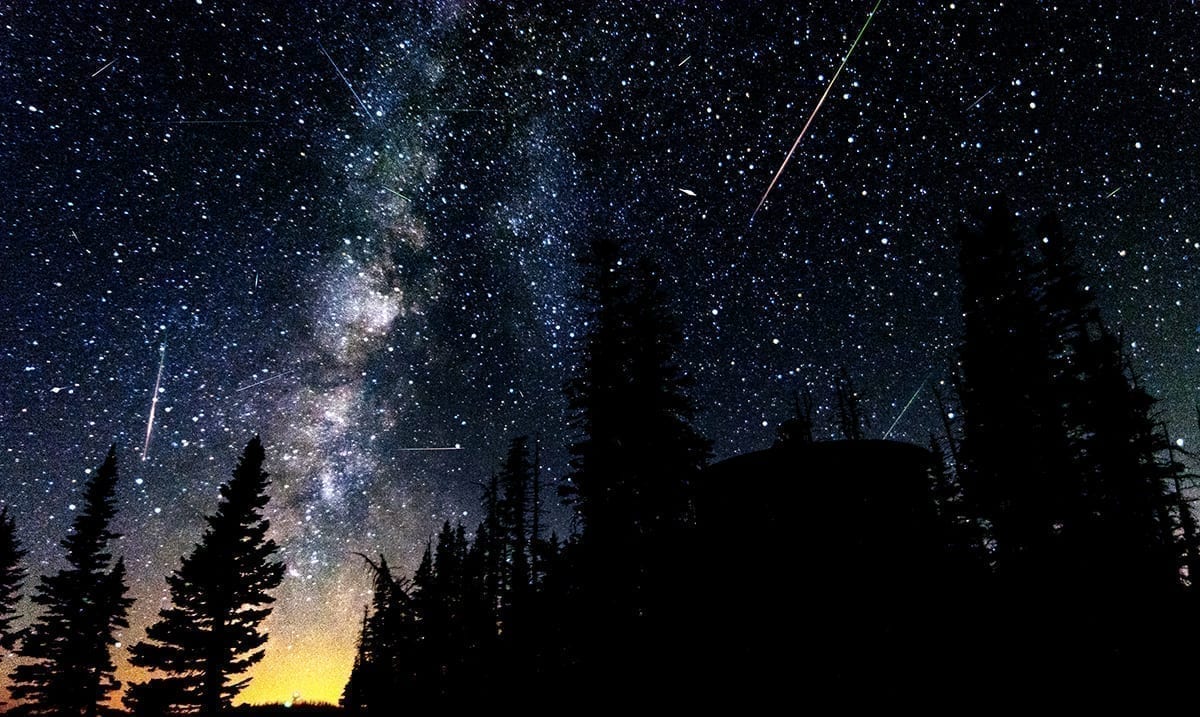 By Gerald SinclairJuly 16, 2020No Comments

As we move through July we’re seeing shooting stars more and more. This is because there are two meteor showers going on.

The two meteor showers while smaller work together to provide us with a pretty decent dazzling show. Those two showers are the Delta Aquariids and the Alpha Caprocornids. For those who do not know, the Delta Aquariids are active from about July 12th through August 23rd, meaning late July and early August are best for viewing. This also proves true for the Capricornids but their dates are a smidge different as they begin on July 3rd and end on August 15th.

These two showers are not necessarily ones that produce tons of meteors, but they do collectively produce around 20-25 per hour which still gives us plenty of shooting stars to wish on. While their peaks are around the end of July, even after the peak nights we should be able to see some here and there scattered across the night skies.

From a double gas giant encounter to a double meteor shower, here are the top astronomy events to mark down on your July 2020 calendar: https://t.co/eaC9ca4UPF pic.twitter.com/KvgMi5ZnIp

Out There Colorado wrote as follows on viewing these showers:

Active from July 3rd to August 15th, the Alpha Capricornids are up first and followed by the Southern Delta Aquarids, which will be seen July 12th to August 23rd. The overlapping showers will peak on the same starry night from July 28 (Tuesday evening) into July 29 (Wednesday morning), displaying as many as 20 shooting stars per hour.

The best viewing times are generally after midnight and before dawn. The moon is expected to be 66% full, which may obstruct star-viewing to some degree.

The Alpha Capricornids meteor shower, which has been known to produce “ bright fireballs” in its display, can be seen equally well on either side of the equator.

Sure, it might not sound like much but things like this are always quite the sight. As someone who spends a lot of time looking at the night’s sky, I have been keeping my eyes peeled for about a week now. Whether you’re just taking a peak on your way in late at night or going out to see what you can find early in the dark morning hours, you’re going to be finding something special.

Will you be taking the time this month and next to see how many shooting stars you can come across? I know I will. While a lot of people think wishing on shooting stars is silly, right now I feel we need wishes more than ever.

Viewing the Southern Delta Aquariids in 2020