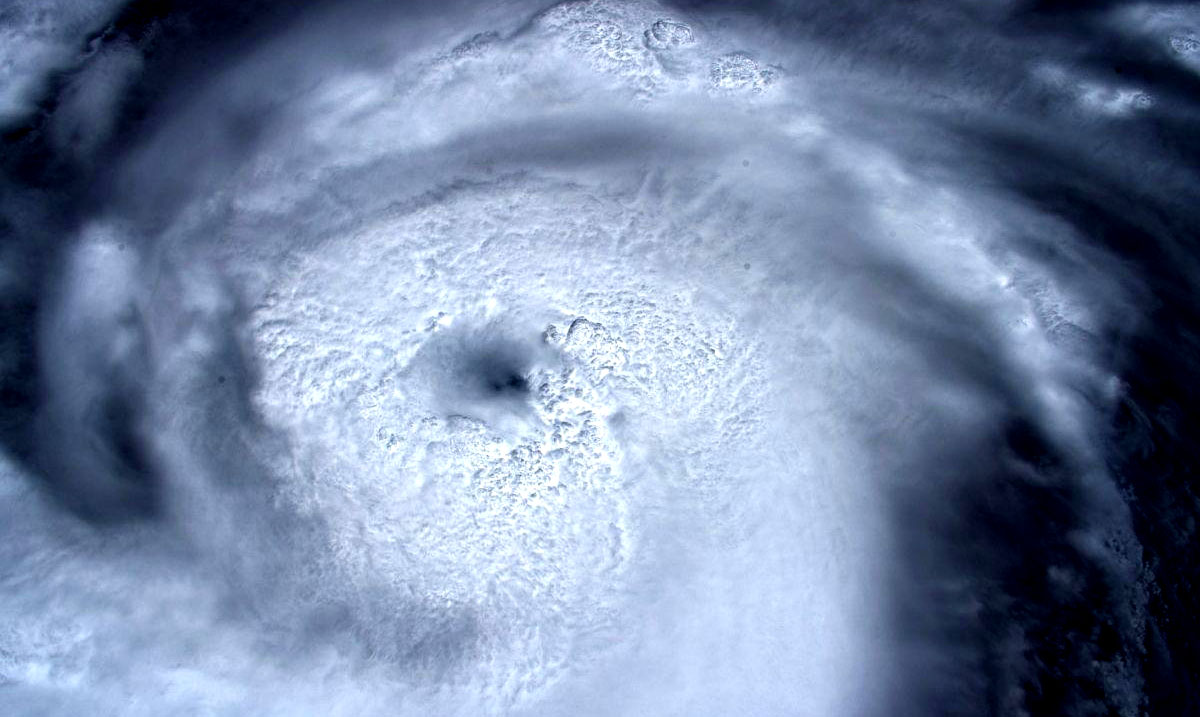 By Gerald SinclairSeptember 1, 2019No Comments

As you may know, hurricane Dorian is causing quite a stir. With this storm headed right for Florida, we have all been watching the weather and keeping an eye on how things are progressing.

Just recently this massive hurricane has become a category 5 storm and its winds have been gushing through the Bahamas. Everyone in its path is at risk and while we are not certain about whether or not its path will change, we are quite concerned about it moving inland. Expecting to make its way to Florida around Monday or Tuesday bracing for the worst is inevitable.

BREAKING: #HurricaneDorian is now a Category 5 as it closes in on the Bahamas. pic.twitter.com/iAbJpgRoFe

There is no denying the strength of this storm and some of the images of it circulating are quite horrifying. A recent photograph has been making its rounds online and it has many quite scared. Luca Parmitano of the European Space Agency who is currently on the International Space Station took to Twitter to share said photograph and in it, you can see the ‘eye of the storm.’ As you can see (in his Tweet) below this hurricane is both beautiful and dangerous. Something that looks like that can and usually does do a lot of damage.

Other astronauts have shared their view of the storm as well and it really puts things into perspective. Dorian is massive and a force to be reckoned with. We all hope that this monster doesn’t meet land but with tropical storm watch in effect and many fleeing from their homes altogether things are getting quite intense.

Here’s a look at #HurricaneDorian from @Space_Station. I caught this shot yesterday as it traveled across the Caribbean north of Haiti and the Dominican Republic. pic.twitter.com/ixX1nhOmLB

In regards to hurricane Dorian the Sun-Sentinel reported as follows:

A watch previously issued for a stretch of the coast from Deerfield Beach to Sebastian Inlet was upgraded to a warning, which means tropical storm conditions are expected within 36 hours. The hurricane center said it made the change to account for the shift in the storm track toward Florida.

“The westward shift of the NHC track within the first 48 hours necessitates the change from a Tropical Storm Watch to a Tropical Storm Warning for a portion of the Florida east coast,” the hurricane center said in a forecast discussion Sunday morning.

The first tropical-force winds could reach South Florida as soon as late Sunday night or the predawn hours of Monday morning, according to the hurricane center. Their more likely arrival time is Monday morning after dawn.

At highest risk of the strongest winds are coastal areas from West Palm Beach north past Melbourne, according to an advisory Sunday morning from the National Weather Service.

Hurricane Dorian’s 150 mph winds are expected to intensify Sunday morning and the slow-moving storm should come to a virtual stop over the Bahamas on Monday before continuing its westward march toward Florida.

If you are in any of the affected areas please be careful and stay as safe as you possibly can. To keep updated on Dorian please feel free to check out the video below. Sure, hurricanes are common but that doesn’t make them any less terrifying.