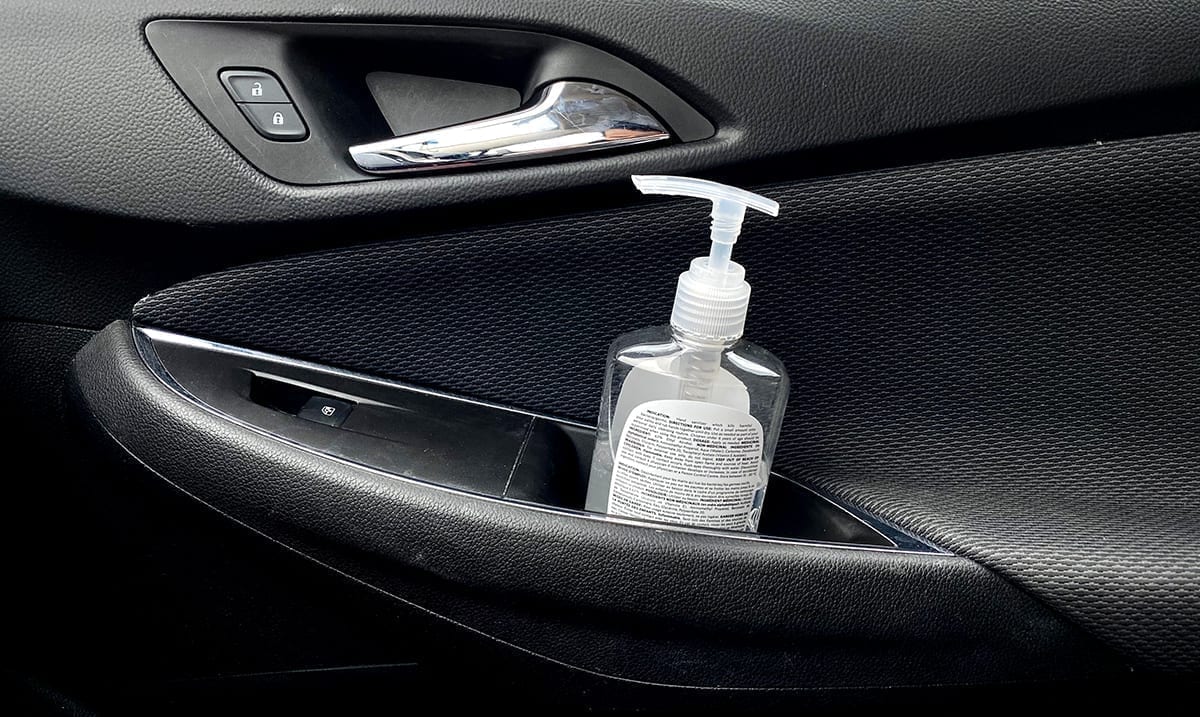 By Gerald SinclairMay 22, 2020No Comments

While a lot of people keep hand sanitizer in their cars while on the go so they can do what they need and keep their hands clean, you should probably be carrying no more than a small bottle and keeping it on your person. In recent times a fire department has gone online warning people that leaving sanitizer in the car on a hot day can be quite dangerous which is important to know as summer comes forth soon.

According to Fox 8 the Western Lakes Fire District in Oconomowoc, Wisconsin wrote on their Facebook page a post about the dangers of exploding hand sanitizer. Yes, you read that correctly it can explode. While it’s not going to pop on your average day, if temperatures are a bit too warm or overly hot you could be facing something serious.

The fire department wrote as follows in their post:

We’ve chatted in the past about clear water bottles being kept in your vehicles when the weather is warm.

That still holds true and so does hand sanitizer! By its nature, most hand sanitizer is alcohol-based and therefore flammable. Keeping it in your care during hot weather, exposing it to the sun causing magnification of light through the bottle, and particularly being next to open flame while smoking in vehicles or grilling while enjoying this weekend—-can lead to disaster.

Please respect the possibilities and be fire safe.

From there the page links the National Fire Protection Associations Warnings on hand sanitizer where those who are interested can read up on this kind of thing but what really got people talking was the picture that went with this post. It seems to be of a vehicle that has endured this kind of explosion and well, it’s not pretty. I could only imagine what that kind of thing would do to someone who happened to also be inside of the car during its popping.

Posted by Western Lakes Fire District on Thursday, May 21, 2020 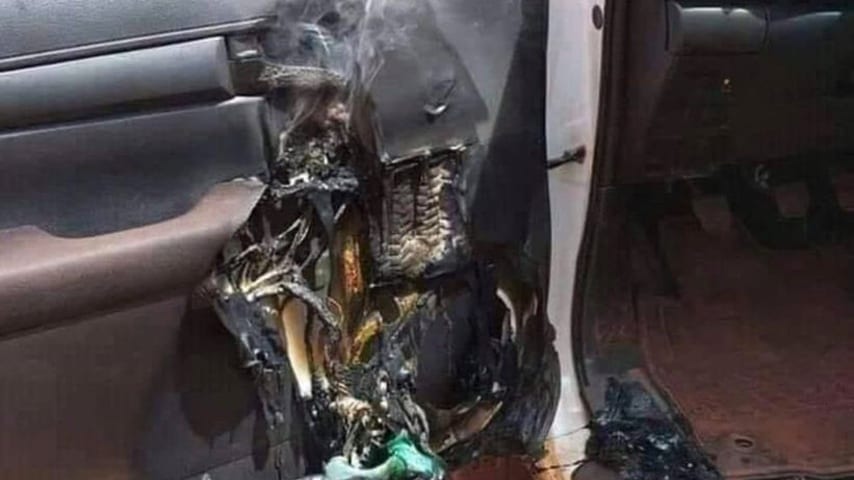 This is something we should all be aware of especially considering how many people are keeping sanitizer on hand in the current day and age. This pandemic has brought tons of people to a point where they don’t go anywhere without some on hand and well, that in some cases could be dangerous if it’s not cared for properly. I know, this might sound a bit far-fetched it’s quite true and should be noted.

It should perhaps also be noted that your sanitizer can become less effective if it’s exposed to extreme heat. This is because the active ingredient could evaporate. Did you know this was something that could happen? I for one had never thought about it before but it does make a lot of sense.