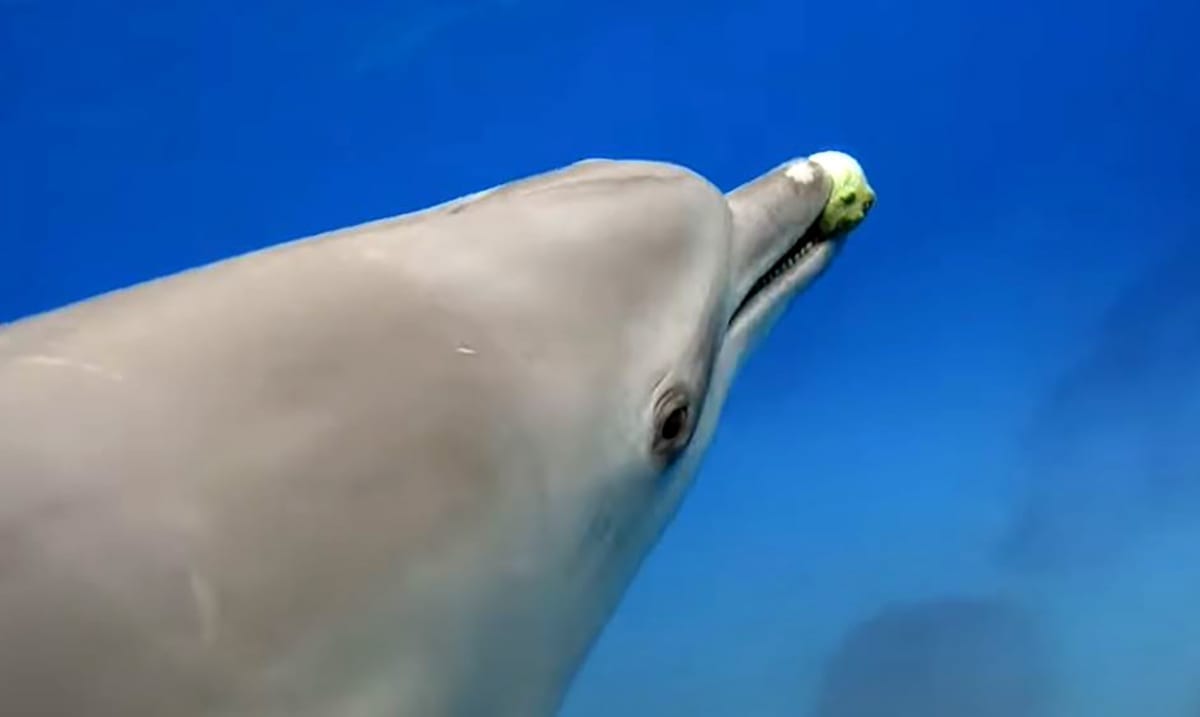 Dolphins May Get High On Pufferfish Toxins (Video)

By Gerald Sinclair December 17, 2020 No Comments

For years now, there has been footage floating around of dolphins tossing pufferfish around chewing on them. This many people seem to think is the dolphins having their fun and well ‘getting high.’

According to The Smithsonian Magazine, because pufferfish do produce a chemical when threatened, the dolphins may be using this to play around a bit. This ‘toxin’ overall seems to induce a “trance-like state” which basically could leave the dolphins feeling pretty great. Sure a little of this toxin for humans would paralyze or kill but it seems dolphins can handle it for the most part as they seem to use these creatures as if they were chew toys from time to time.

NBC News wrote as follows on this topic several years back:

Rob Pilley, a zoologist and producer on the crew of “Dolphin: Spy in the Pod” documentary, airing in the U.K. on BBC1, told the British Sunday Times, “This was a case of young dolphins purposely experimenting with something we know to be intoxicating … After chewing the puffer gently and passing it round, they began acting most peculiarly, hanging around with their noses at the surface as if fascinated by their own reflection.”

Dolphin researchers say they’ve yet to observe intoxicated dolphins in the wild. But, “it is very possible that dolphins are doing this,” Jason Bruck, a research fellow at the University of Chicago, who studies dolphin memories, wrote to NBC News in an email. After all, “there are examples of elephants getting drunk on fermented fruits.”

Dolphins participate in what human society might interpret as some pretty vile behavior — including murdering young dolphins, forcibly mating with female dolphins, and torturing sea life that they don’t eat. So, sucking down a toxin that’s 1,000 times as potent as potassium cyanide is well in keeping with the amoral world of nature.

But it could also be just another day in the dolphin pod — ignore the spiky lethal fish, and the behavior isn’t out of the ordinary. “We’ve observed dolphins pass fish around in normal play behavior,” Diana Reiss, a dolphin cognition researcher at Hunter College, told NBC News.

Dolphins have blowholes on the top of their heads, through which they breathe, so it’s also possible that they were simply coming up for air, she said, adding that she’d have to see the footage first hand to make sure.

The pufferfish toxin goes by the name tetrodotoxin, or TTX, and is produced by bacteria and stored in the liver. Some octopuses, amphibians and shellfish also harbor bacteria that manufacture the toxin.

I guess in the end we still don’t know for sure, but it really does look like they may enjoy the effects they’re getting and that’s why they’re aiming for these specific fish sometimes. What do you think about all of this? To see it for yourself take a look at the video. Isn’t it interesting to think about?