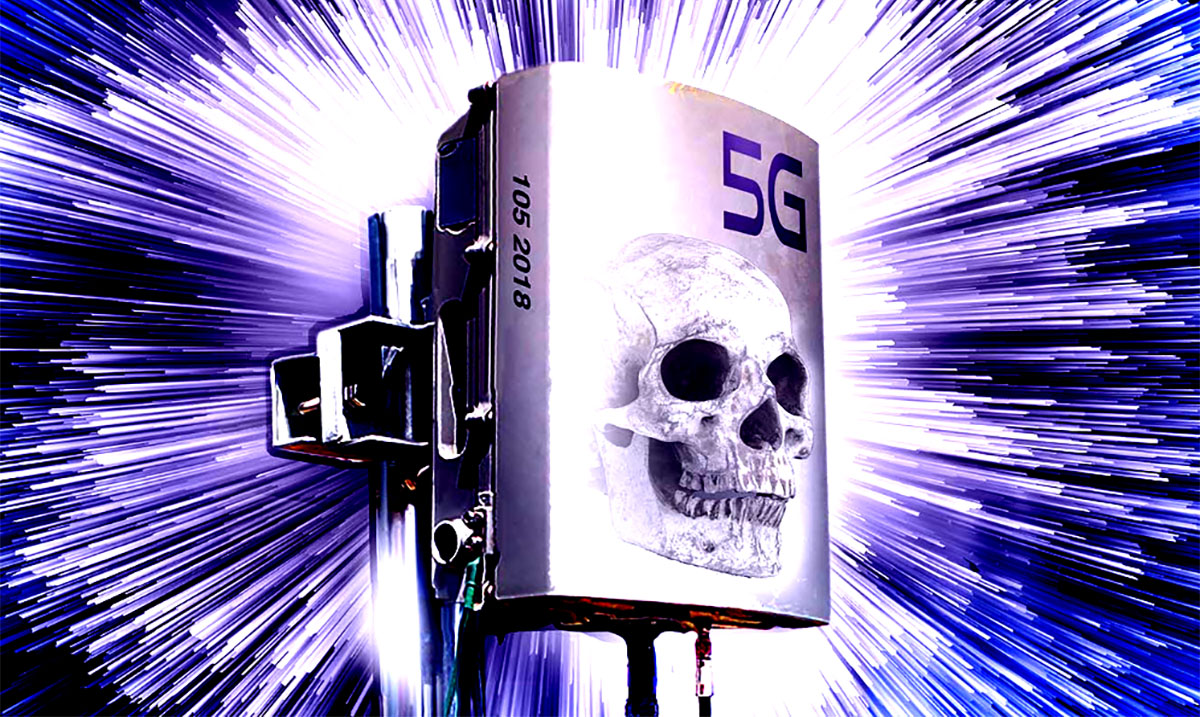 Documentary ‘Exposing’ 5G, This Technology Could Potentially Be A Real Threat To Humanity

5G for those who do not know stands for fifth-generation CW. Currently, we are for the most part using a 4G connection when it comes to the world of cellular devices but companies all over the world are beginning to do tests and are working hard to begin implementing 5G as the ‘new standard.’

Many believe 5G comes a lot of concerns from those who are aware of how little testing has been done and many are very worried about something known as radiofrequency radiation and it’s risks of exposure. Radiofrequency radiation is a form of electromagnetic energy that consists of waves of electric and magnetic energies. Because 5G involves mini cell stations being placed basically everywhere, RF exposure is bound to go up big time.

5G is described as follows by Android Central:

Think of 5G as broken into two parts — I’ll call them low-frequency 5G and high-frequency 5G.

Low-frequency networks will use the same radio bands that current technology uses, but changes to signal encoding (primarily channel polarization which Huawei used to obtain 27Gbps speeds using existing networks) and wider channel bands will allow for speeds up to 50% better than the best 4G LTE network has to offer today.

Networks using these changes will also still be able to have the same range that they currently have, which means no additional cell sites are needed to maintain the same network footprint. Some new equipment will need to be installed at existing sites, though, and carriers are getting everything 5G-ready in preparation.

But the newer — and better — technology behind 5G is using higher-frequency spectrum. Spectrum available in wavelengths like 28GHz allows for very fast and very “wide” channels for broadband service to communicate over because they aren’t congested and clogged by devices that use it today. Known as millimeter wave frequency, these channels have one significant drawback — the signals don’t travel nearly as far as the lower-frequency signals do.

According to RadiationHealthRisks.com, there have been hundreds of peer-reviewed scientific studies that could link RF radiation to certain health issues. To read these stories for yourself, and come to your own conclusions click here to take a peek at some of those.

The documentary was created by Sacha Stone who investigated the science behind the effects of wireless technology. This documentary is called ‘5G Apocalypse: The Extinction Event’ and covers far more than most would expect.

Eluxe Magazine even went so far as to say that 5G would and does harm the planet. This because MMWs have been studied before and found to cause stress responses in plants and thus lead to damage on a cellular level. This kind of technology could also be potentially dangerous for our planet’s atmosphere as the number of satellites in space would have to go up by a lot. Launching too many things into space has been noted in the past as capable of polluting out global atmospheric conditions.

Eluxe Magazine actually wrote as follows in regards to the pro-5G propaganda you may have been seeing:

Despite being fully aware of all these unsettling results, threats and concerns, the US corporatocracy continues to maintain a gung-ho attitude about 5G. The Mobile Now Act was passed in 2016, and many US states have since gone ahead with 5G plans. The telecom industry’s biggest players have basically co-opted government powers to enforce their 5G agenda, with companies like AT&T and Qualcomm having begun live testing. And despite research showing serious threats to humans and the planet, the FCC Chairman announced intentions to open low-, mid- and high-frequency spectrums, without even mentioning a single word about the dangers.

They’re going to sell this to us as ‘faster browsing speeds’ – but the truth is, you’ll barely even notice the difference. They’re going to call anyone who protests against 5G a ‘Luddite’ or ‘technophobe’. But why such a willingness to embrace another new technology   – even though it carries serious risks and brings spurious benefits? Why not heed the lessons learned from killer products like asbestos, tobacco and leaded gasoline?

Because a tiny percentage of people will gain an awful lot of money, is one reason. And because companies and governments will be given unprecedented amounts of power over civilians is the other.

How much of this do you believe and are you ready for what may be to come? Watch the documentary below!