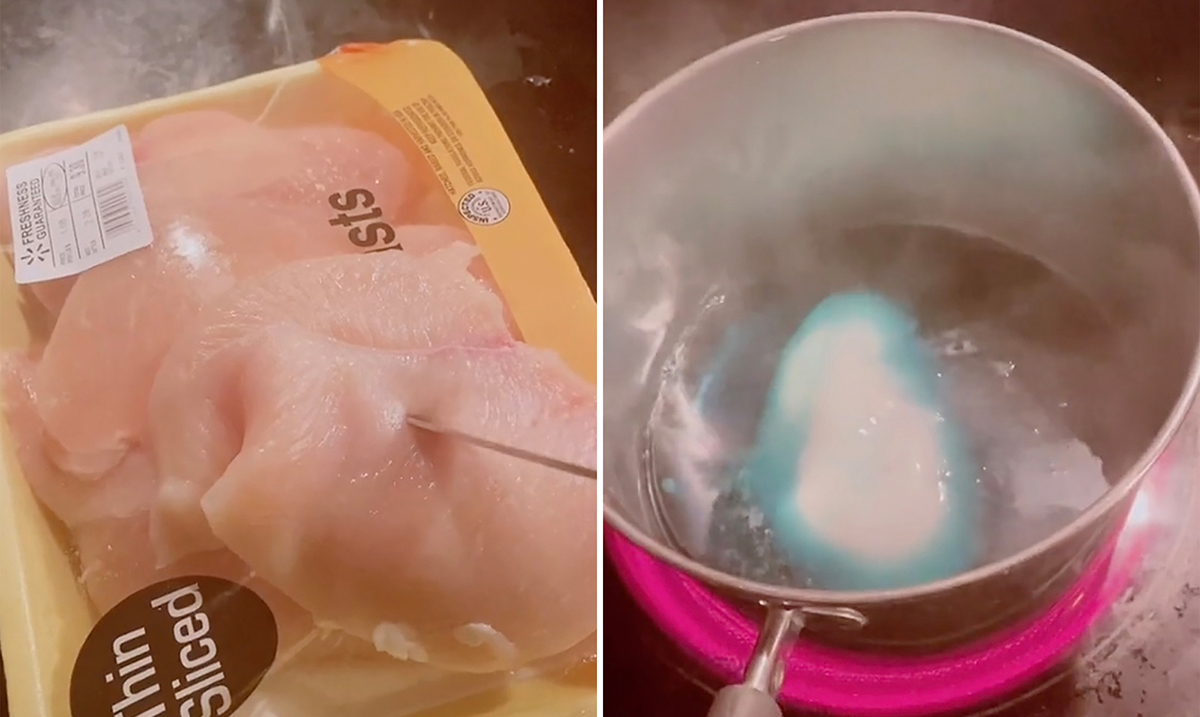 While I honestly thought I had heard it all, TikTok has gone and outdone itself with its newest challenge, known as the sleepy chicken challenge. And this challenge, doctors warn, could prove to be dangerous.

Tiktok is known for its short videos, in which people lip-synch to music, or give their opinions, tips, and recipes to viewers. While many of the recipes are pretty delicious, the sleepy chicken recipe is not one of them. Sleepy chicken is chicken braised and marinated in Nyquil, and then cooked for consumption.

However, doctors are speaking out, and warning users to not recreate the challenge. Nyquil, in case you didn’t know, contains acetaminophen, dextromethorphan (DXM), and doxylamine, all of which are ingredients that when consumed in massive amounts can be quite dangerous. Acetominophen can shut down your liver.

Dr. Jeff Foster spoke with the Sun and commented on the video, which shows some using up to a bottle of syrup that tastes like licorice. According to him, the internet should never be used as a source of medical information. “The case of Nyquil chicken is not different. The idea that by saturating any food product in a medicine believing that it will provide some novel health benefit or cure is not just stupid, but incredibly dangerous.”

Another doctor, Dr. Aaron Hartman explains, “When you cook cough medicine like NyQuil, you boil off the water and alcohol in it, leaving the chicken saturated with a super concentrated amount of drugs in the meat.

“If you ate one of those cutlets completely cooked, it’d be as if you’re consuming a quarter to a half a bottle of NyQuil,” he explained to MIC.com.

And really, when you think about it, taking medicine like this is a toss-up as to how much you are getting, and the recommended doses are on there for a reason: to protect you against overdose.

The next time you purchase Nyquil, or Night Nurse (as it’s known in the UK) read the warning on there. It clearly states consuming more than the recommended dose can result in seizures, liver failure, and death. What’s worse, is that the flavor of the medicine is horrendous. I don’t know about you guys, but licorice-flavored chicken is not on my bucket list!