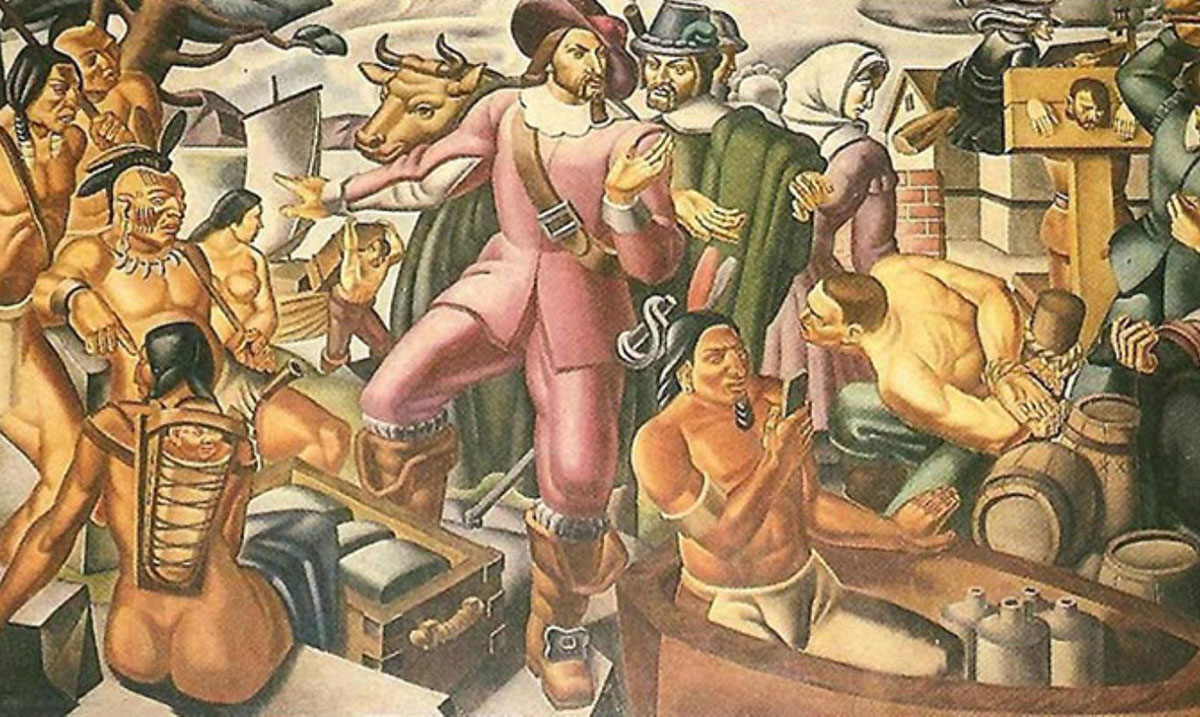 Do You See A Man Holding An iPhone In This 1937 Painting?

By Gerald Sinclair October 20, 2017 No Comments

Do you see him? The man staring into his ‘iPhone?’

He is sitting in the lower right almost-corner area. He is holding a small, dark, smartphone shaped object at roughly eye level. This looks very much like the people of our time in regards to technology, but of course, there is no way he could be using an iPhone, right? I guess that depends on what you believe.

It is unclear who this man is and what he is doing, but many have speculated throughout the years. Considering this painting “Mr. Pynchon and the Settling of Springfield” predates the iPhone by quite a few decades I feel it is not very likely at all. (Unless, TIME TRAVEL) You see, considering we didn’t get portable phones in general until the year 1973 it just really seems there is no way.

Now, what could this ‘iPhone’ be if not an iPhone? Well since the painting itself focuses on the man in pink, William Pynchon and trading things, in general, it could be a mirror or something of the sort. The more I look at this painting the more I am drawn to his face and curious about what he is doing. Sure, he may just be obsessing over being able to look at his reflection with such clarity, right? 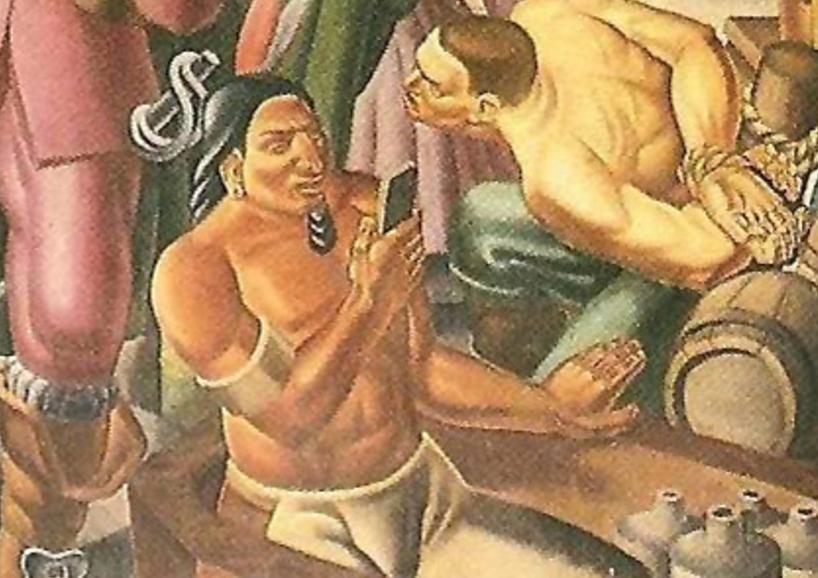 “Mr. Pynchon and the Settling of Springfield” by Umberto Romano, 1937. Image: US Postal Service/David Sansbury

Maybe he is even in awe at how light reflective it is? This image is so conflicting I don’t really know what it could be though, to be honest. Did you see the witch flying on her broomstick in the back? What an odd painting. The more you look the more you find.

Dr. Crown told Motherboard, it is most likely one of the gospels:

“Given the scene’s focus on the founding of Springfield, Romano, in reductive fashion, was probably trying to capture the introduction of modernity into a curious but technologically stunted community, which was instantly bewitched by Pynchon’s treasure trove of shiny objects”

“They did exist at the time and were roughly the same rectangular shape.”

What do you think the rectangle is? Maybe someday we will know for sure. I am quite curious myself.