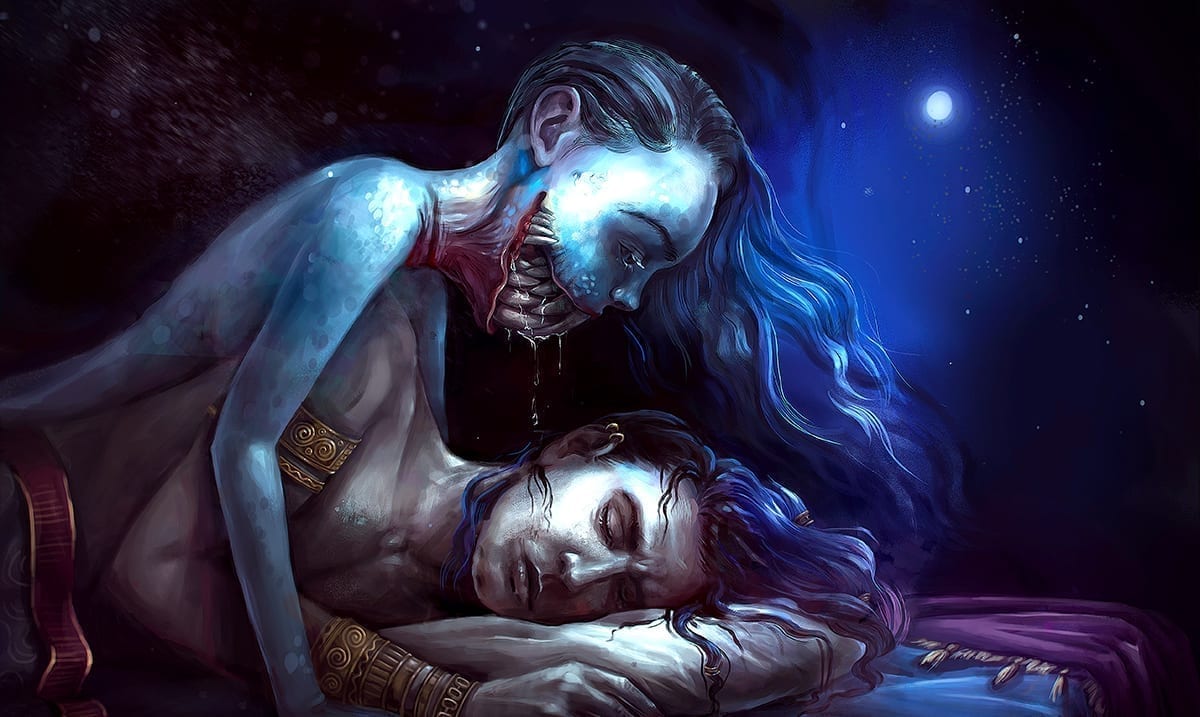 Do You Have The Same Dream Over And Over? This Is Why

By Gerald Sinclair October 21, 2020 No Comments

While not everyone has recurring dreams, lots of people do and well, that can be a good thing or a bad thing depending on the dream. A nice trip through your mind while you’re asleep might sound like a good idea but if it’s a bad dream, it can’t end soon enough.

According to The Academy of Sleep and Wellness recurrent dreams are something that around 60 to 75 percent of adults deal with, that being more common in women than men. For those wondering the number one biggest cause of this kind of thing is stress or things of that nature. When we’re not doing well in our everyday lives, whether we want to admit it or not we can be affected within our dreams.

Sleep Association wrote as follows on this topic:

Today, many people see dreams as a connection to the unconscious mind. There are varying natures of dreams, such as exciting, frightening, melancholic, magical, adventurous, and even sexual; (3) and our dreams seem to range from normal and ordinary right through to bizarre and completely surreal. With the exception of lucid dreaming, the events that occur in our dreams are normally outside the control of the dreamer. The dreamer is self-aware during lucid dreaming. Sometimes, dreams can implant a creative thought, thus giving the dreamer a sense of inspiration. (4)

Throughout cultures and time, opinions have varied and shifted about the meaning of dreams. It seems that people generally endorse the Freudian theory of dreams, and that is that dreams reveal hidden emotions and desires. Other theories are that dreams help us in problem-solving, in memory formation, or that they occur simply due to random brain activation.

According Time.com, positive or negative emotions that we are feeling in our everyday lives can and do carry over to the state we are in when we are sleeping and thus into the dream world. Now, offhand we do not know how the things we’re going through in life are going to end up affecting our dreams, but we should be aware that they can and that those recurrent dreams you may be having can be explained much easier than you’d expect. Your frustrations and things of that nature take more of a toll on you than you can see and the sooner you come to terms with that perhaps the sooner you can work through that strange bad dream you cannot seem to get away from.

Psychology Today wrote as follows breaking this down further:

Recurrent dreams often start at a young age but can begin at any time, and typically persist for the rest of one’s life. The theme of missing an exam, to take one example, commonly begins during college years, when the stress of performing well may be more intense than ever before. However, this theme may then carry forward as a recurring dream for many years, even as one moves on to a career. The “missing the exam” dream may reappear the night before an important job interview or an evaluation at work. The circumstances may change, but the same feelings of stress, and the desire to perform well, can trigger the relevant recurrent dream.

Theorists suggest that these themes may be considered “scripts” (Spoormaker, 2008) or perhaps “complexes” (Freud 1950); as soon as your dream touches any aspect of the theme, the full script unfolds in completion. Dream theorists generally agree that recurring dreams are connected to unresolved problems in the life of the dreamer. In a previous post, I discussed the idea that dreams often portray a Central Image, a powerful dream image that contextualizes a certain emotion or conflict for the dreamer. The Tidal Wave dream is an example of a Central Image that represents overwhelming emotions such as helplessness and fear. The Tidal Wave dream is a common dream to experience following trauma or abuse, and often becomes a recurrent theme that reflects a person’s struggling with integrating and accepting the trauma. Resolution of this theme over time is a good sign that the trauma has been confronted and adaptively integrated in the psyche. Empirical research has also supported findings that resolution of a recurrent dream is associated with improved well-being (Zadra, 1996). This is one way that keeping track of your dreams can be extremely informative and helpful in a therapeutic, or even self-help, process.

However, even if recurrent dreams are vanquished for a certain time, they will sometimes return again during a new period of stress. One subject in our lab reported a recurrent dream of being unable to speak, a common theme that might involve teeth falling out or lips being glued shut. The Central Image captures a sensation of being unable to speak and may reflect shyness or difficulty expressing oneself. In this case, the subject had this recurrent dream many times as an adolescent, though the dream disappeared during college, presumably after having overcome this challenge. However, after moving to another country and having to learn a new language, the dream came back. While the original conflict of shyness had been overcome, the new situation of communicating in a foreign language triggered the same “script” of being unable to speak. Thus are old scripts sometimes revived in new, different times of stress.

What do you think about all of this? I for one think that we as people need to take better care of ourselves. If you’re having the weirdest dream over and over, look at the life you’re living and what changes might be needed.