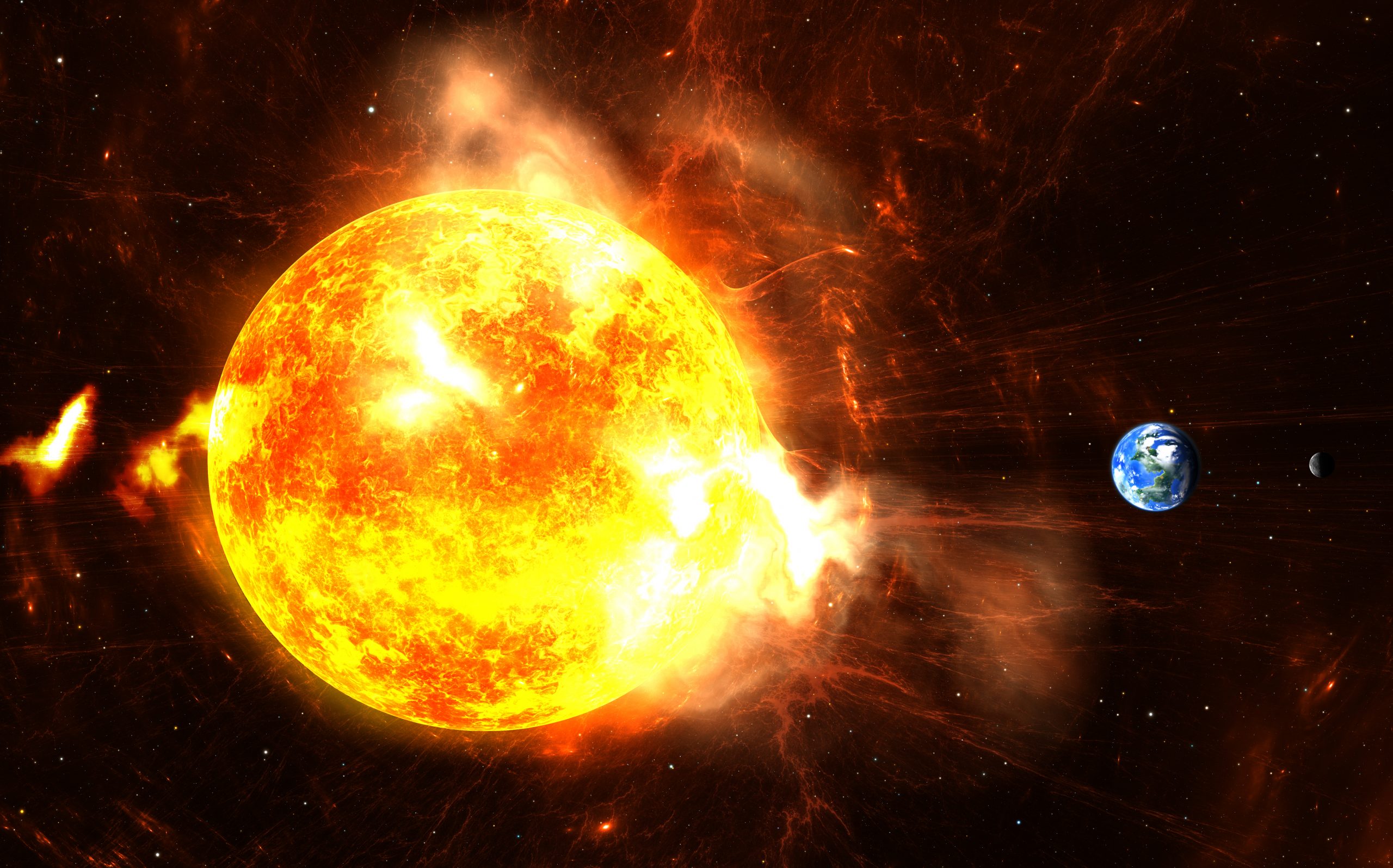 Recently, astronomers from the University of Colorado-Boulder began spying on a massive star in a solar system that is around 100 light years away. During their research, they witnessed an event that they believe could provide an insightful warning for us here on Earth.

The star they set their sites on is named the EK Draconis, which is Latin for dragon. The EK Draconis is a giant star, which has many similarities to the Sun, when it was still in it’s younger days.

Stars, including the Sun sometimes shoot out clouds of hot plasma that hurtles throughout the solar system at extremely high speeds, known as Coronal Mass Ejections (CMEs.) Such events typically have catastrophic consequences, although we haven’t experienced a major one in a little over a hundred years.

Storms like the ‘New York Railroad Storm,” that took place on May 1921 can cause power outages, damage to the power grid, satellite damage and has even been predicted to shut down international internet infrastructure when the next one strikes. Such an event could cost our world billions upon billions of dollars each day, if it were to happen.

The research taken of the EK Draconis was led by Yuta Notsu and published in the journal Nature Astronomy. The reason they carried it out was to observe CMEs. “Coronal mass ejections can have a serious impact on Earth and human society,” said Notsu.

In order to carry their research out, they placed telescopes on the ground and in space to spy on the EK Draconis. During their research on April 202, they observes a massive CME that was about 10 times larger than anything ever recorded from a sun-like star.

“This kind of big mass ejection could, theoretically, also occur on our sun,” Notsu said. “This observation may help us to better understand how similar events may have affected Earth and even Mars over billions of years.”

In comparison to our Sun, the EK Draconis is what our Sun would have looked like “4.5 billion years ago.” according to Notsu. After observing it for 32 nights, they finally got luck in April, when about 30 minutes after beginning to peer at the star, it began erupting into a superflare.

Notsu believes this solar flare should serve as a warning for us here on Earth, as it could provide a hint to us as to what our Sun could be capable of, and if such a flare hit us, it could end life as we know it. With that being said, since the Ek Draconis is much younger, it isn’t likely that would happen. But the unpredictability of it all is pretty terrifying.

With that being said, another insight Notsu gathered from this was that such events most likely impact how life develops on the planets surrounding the star that emits the CMEs. In fact, he believes that its likely that the sun shaped our planet into what it is now, through similar events.