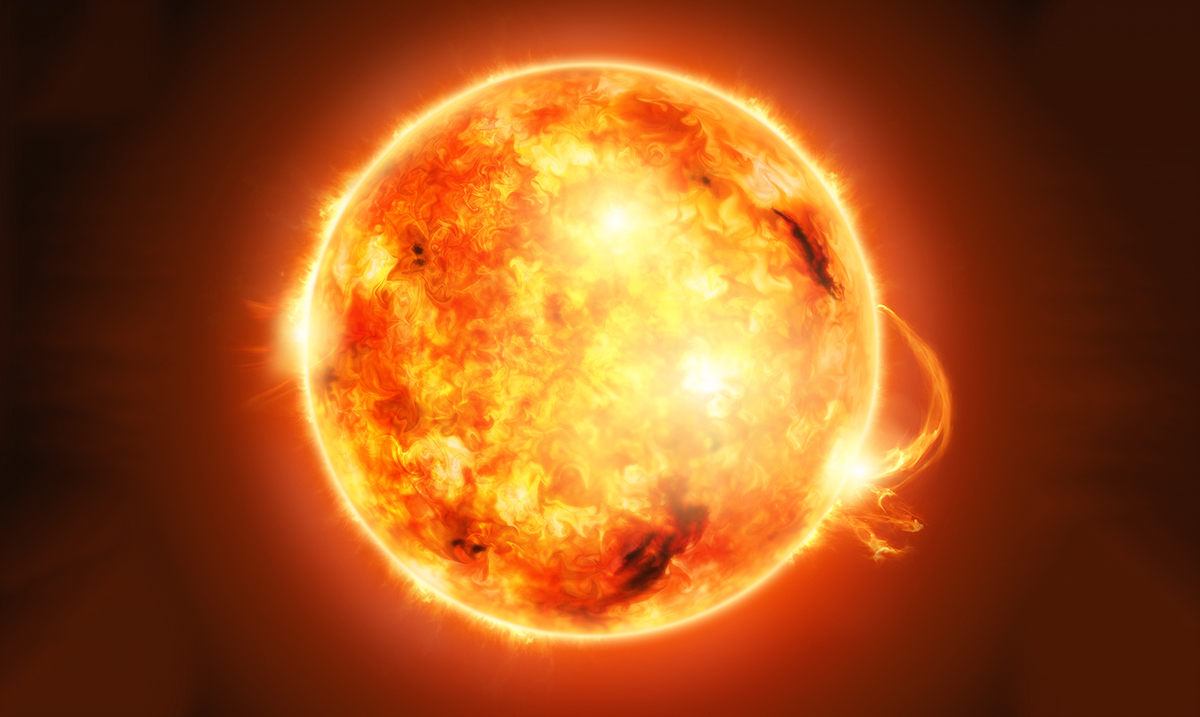 New research from the University of Colorado set out to understand solar storms by examining data from a solar system just 100 light-years away. And what they found could give a devastating warning to humanity and all life on Earth that should not be ignored.

Researchers observed the stellar system that was located many lightyears away observed a ‘troubling’ fireworks show from a star named EK Draconis. The star emitted a major coronal mass ejection composed of energy and charged particles, and the even was far more powerful than anything that has ever been observed within our solar system, according to a press release from the university.

The researchers included astrophysicist Yuta Notsu, from the University of Colorado, Boulder, and they published what they found in Nature Astronomy on December 9.

The reason for their study was to observe coronal mass ejections that take place when a star or the sun shoot out eruptions of hot particles and plasma that are hurtled through space at millions of miles per hour.

If such an ejection were to hit Earth, it could bring devastating news to our planet. Part of its impact could shut down our international internet infrastructure, causing outages worldwide, and could additionally shut down power grids that give power to the entire cities.

Notsu, the lead researcher on the study, explains, “Coronal mass ejections can have a serious impact on Earth and human society.”

He, along with his colleagues, used telescopes on the ground and in space to spy on EK Draconis, which appears similar to a younger version of our sun. Back in April of 2020, they observed the Draconis emitting clouds of scorching-hot plasma that contained a mass in the quadrillions of kilograms.

“This kind of big mass ejection could, theoretically, also occur on our sun,” Notsu said. “This observation may help us to better understand how similar events may have affected Earth and even Mars over billions of years.”

Additionally, he explained that when a CME happens, it can send out major bursts of radiation, that extend far into space.

“Superflares are much bigger than the flares that we see from the sun,” Notsu said. “So we suspect that they would also produce much bigger mass ejections. But until recently, that was just conjecture.”

To carry out their research, they had set their sites on EK Draconis, and they were extremely lucky, as, within 30 minutes of looking at the star, it erupted into a massive superflare. The superflare, they explain, was a ‘monster moving at a top speed of roughly 1 million miles per hour.”

And according to the press release, such an event is possible here on Earth and it “may also not bode well for life on Earth: the team’s findings hint that the sun could also be capable of such violent extremes.” Thankfully, however, they also explain that such events are pretty rare.

Another thought from Notsu was that since the EK Draconis is basically a younger sun, our sun probably produced similar storms in its earlier years. Additionally, he believes that such mass ejections likely played an integral role in Earth and Mars’ development.