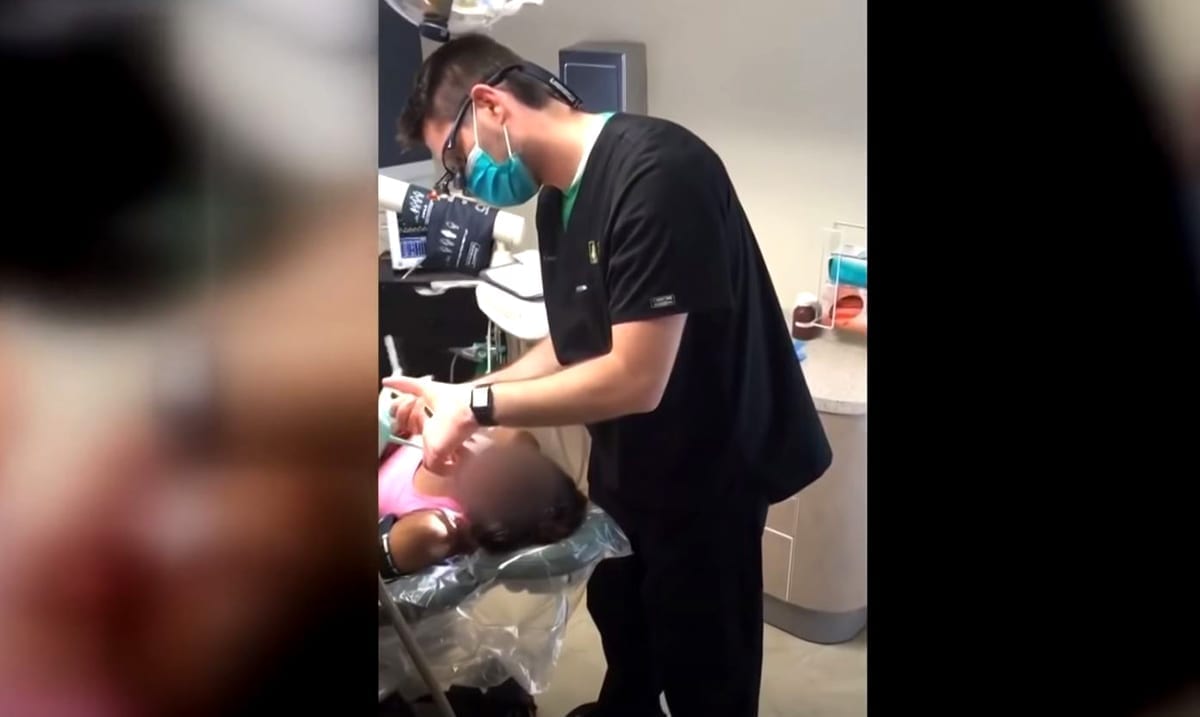 Chances are you’ve seen the video going around of a dentist who removed a patient’s tooth while on a hoverboard but did you know that same dentist has recently been sentenced to over 10 years in prison? While that stunt isn’t the only charge against him, it was something that should have never happened.

According to Fox News, this dentist whose name is Seth Lookhart was sentenced Monday on ‘dozens of charges that stemmed from his scooting antics to Medicaid fraud’ and even removing ‘patient’s teeth without their permission. While he was convicted back in January on charges of reckless endangerment and more, this Alaskan dentist can hang up his career in the world of tooth-pulling for sure now. While the hoverboard tooth extraction took place back in 2016, it was something that any other dentist would never consider risking, and well, for some reason Lookhart thought it would be a good idea.

Anchorage Daily News wrote as follows weighing in on this topic:

Lookhart was found guilty by a jury in January on 46 charges including Medicaid fraud, embezzlement, reckless endangerment, and unlawful dental acts. He formerly worked at Alaska Dental Arts in 2015 but bought the business the next year and changed its name to Clear Creek Dental.

Charges against Lookhart were filed in 2017 after a former employee told investigators the dentist was increasing profits by performing more intravenous sedation than necessary. In 2016, Lookhart and his former office manager Shauna Cranford billed nearly $2 million in unjustified IV sedation expenses, according to charging documents.

During a trial that began last November, former employees and patients testified, including a woman whose tooth was pulled while Lookhart rode on a hoverboard.

In a video recorded on a cellphone, the dentist can be seen standing over an unconscious patient and pulling her tooth while riding a hoverboard. He then rode into the hallway with his hands over his head and spun around.

Another patient testified about having four teeth removed without his permission.

According to People Magazine Lookhart will not be allowed to practice medicine during his 10-year probation after he is eventually released from prison and will begin serving his sentence on December 7th. He was noted by People Magazine as having said that he ‘could have and should have maintained better discipline and focus’ while serving a patient base that he ‘came to love.’ This in an apology made in court during his hearing. While all of this might sound a bit crazy, it is important that we are all aware of things like this because, they happen far more often than you’d expect, sure not many are bold enough to perform medical procedures while on hoverboards but having your teeth pulled without permission is unforgivable and people could have ended up getting hurt at this man’s hands.

To see the video of Lookhart removing a tooth while on a hoverboard take a peek below. What do you think about all of this? I for one am glad that we all know how things played out.