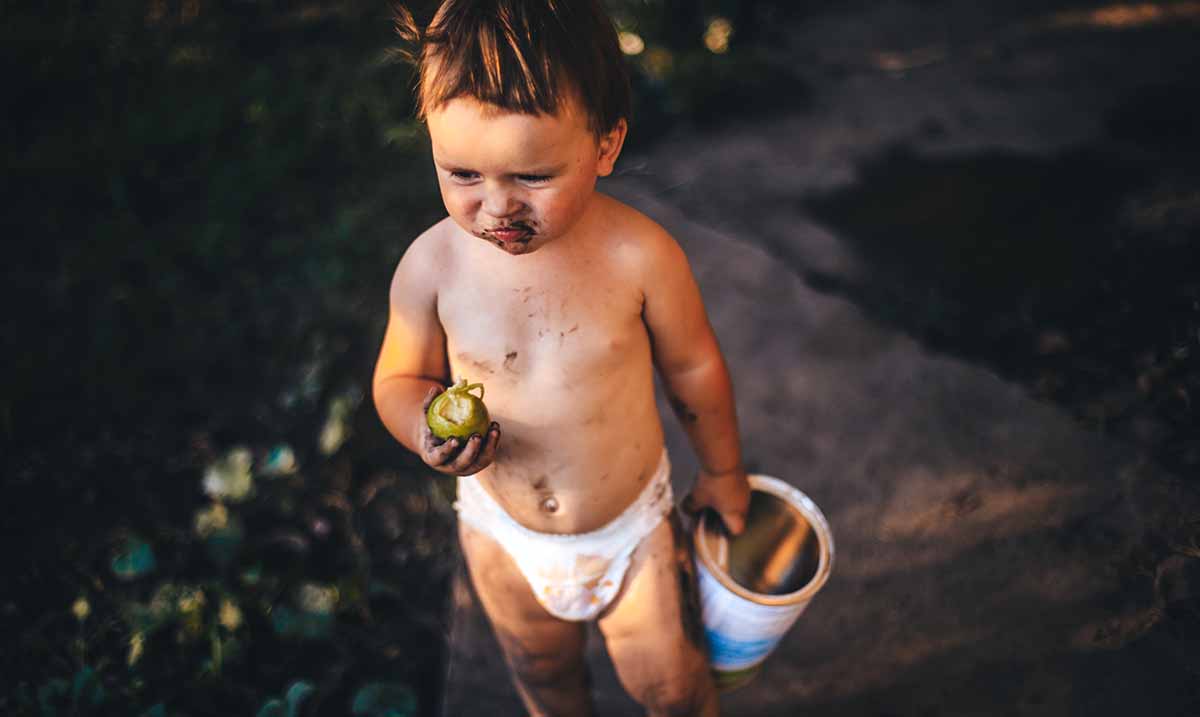 As we know, playing in the woods or getting a bit dirty outside as you grow is beneficial to your immune system, especially as a child. That being said, in this day and age kids aren’t spending anywhere near the same amount of time outside as most of us did growing up.

Getting back to this kind of thing could really benefit some kids according to an experiment that daycares in Finland recently gave a try. Basically, these daycares built small forests for the children to play in to see what kind of effects they would have on them and well, they got some positive results. This experiment was coordinated by the Natural Resources Institute Finland and really showed that for kids from three to five, playing in forests can help them in big ways.

After adding lawn turf, planter boxes, foliage, and things of that sort to the lawn areas of daycares it was found that in a mere month, a child’s immune system can be changed drastically. I know, a lot of people think staying clean helps us be more healthy but getting a little dirty isn’t so bad either. Sure, you can go home and clean up but spending some time outdoors with nature is a good idea for all of us.

The University of Helsinki wrote as follows covering this experiment:

“This recently published study of daycare children is the first in which these changes offering protection against diseases have been found when adding diversified aspects of nature to an urban environment”, says Aki Sinkkonen, research scientist at Luke, who led the study published in Science Advances.

The research groups of Heikki Hyöty, professor of virology, and Juho Rajaniemi, professor of urban planning, from the University of Tampere participated in the study.

“The results of this study are encouraging when looking for new opportunities for the prevention of immune system disorders. Further studies aimed to reach this goal are already underway”, Heikki Hyöty says.

These kids who played in the areas like noted above were seen as having increased T-cells and more. When compared to kids who were in city settings, those who engaged with this greenery saw many more important immune markers within their blood in as little as a month. It should also be noted that their intestinal microbiota was more positive as well, these things might not sound like a lot, but they can work wonders for these children as they continue to grow.

The abstract of the study on this goes as follows and was posted in Science Advances under the title ‘Biodiversity intervention enhances immune regulation and health-associated commensal microbiota among daycare children’:

As the incidence of immune-mediated diseases has increased rapidly in developed societies, there is an unmet need for novel prophylactic practices to fight against these maladies. This study is the first human intervention trial in which urban environmental biodiversity was manipulated to examine its effects on the commensal microbiome and immunoregulation in children. We analyzed changes in the skin and gut microbiota and blood immune markers of children during a 28-day biodiversity intervention. Children in standard urban and nature-oriented daycare centers were analyzed for comparison. The intervention diversified both the environmental and skin Gammaproteobacterial communities, which, in turn, were associated with increases in plasma TGF-β1 levels and the proportion of regulatory T cells. The plasma IL-10:IL-17A ratio increased among intervention children during the trial. Our findings suggest that biodiversity intervention enhances immunoregulatory pathways and provide an incentive for future prophylactic approaches to reduce the risk of immune-mediated diseases in urban societies.

What do you think of this experiment and the findings it brought forth? I for one think it makes a lot of sense. Kids really do need to spend time in nature and this shows exactly that.