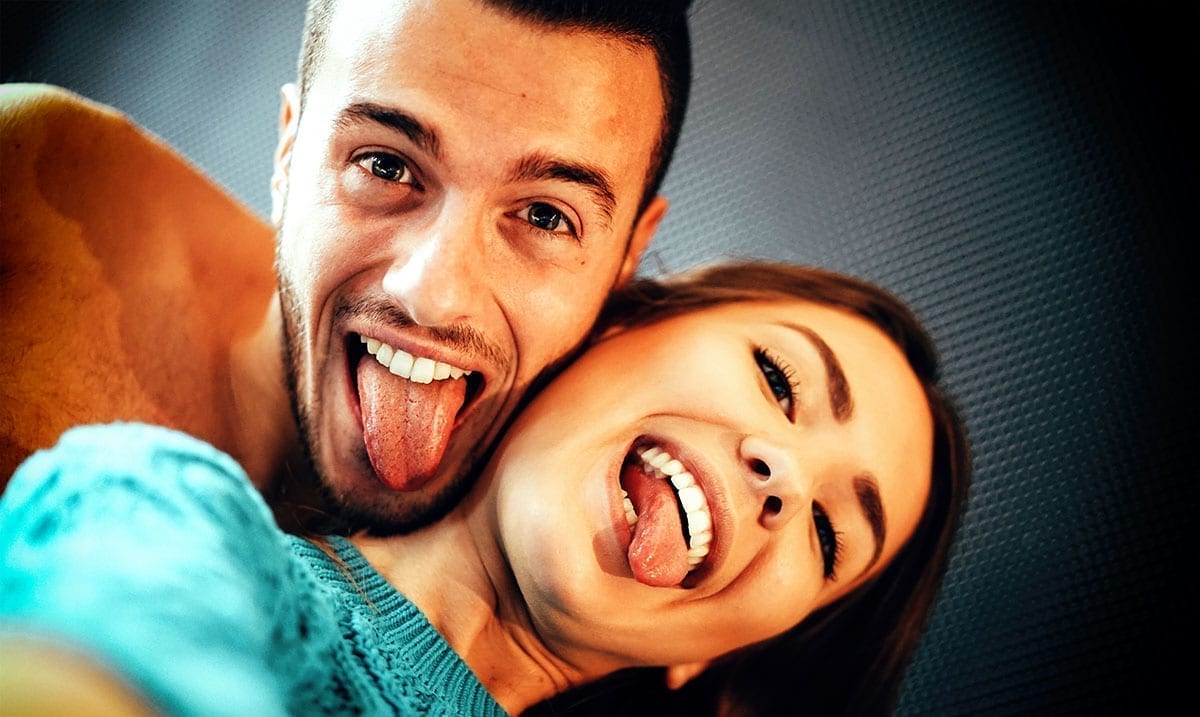 Couples Who Roast Each Other Regularly Could Have Stronger Relationships

A study from not too long ago is making rounds lately and it covers this topic in a way that really puts things into perspective. Basically, this study noted that when we as couples are capable of having a mutual playful sense of humor, we are able to build stronger connections with one another. As long as both partners are content in the actions going on, there is no issue present.

While we do sometimes cross lines without realizing it, if we are on the same page with communication when it comes to this kind of thing, growth is very possible. If you’re afraid of being laughed at, your relationship in itself isn’t going to be as strong. We all need to be able to laugh at one another together and find the humor in our own lives.

The research noted above was carried out by psychologists from Martin Luther University Halle-Wittenberg (MLU) and published in the Journal of Research in Personality. For their study, they asked over one hundred different heterosexual couples about their relationships overall and how comfortable and content they were with their lovers. From there the researchers behind this study were able to find that partners who were able to laugh together and poke fun at one another were not only happier overall, they were much stronger in their bond.

People differ in how they deal with ridicule and being laughed at along three individual differences variables; namely, the fear (gelotophobia) and joy (gelotophilia) of being laughed at and joy of laughing at others (katagelasticism). This study examines their associations with facets of relationship satisfaction (RS). Actor-Partner-Interdependence Model analyses of 154 heterosexual couples showed that gelotophobia was negatively associated with RS while gelotophilia (mainly in females) was positively related. Katagelasticism existed independently from RS, except for higher levels of disagreement. Further, romantic partners were robustly similar in their traits and profiles (overall and distinctive). The unique similarity-RS associations were positive but of small size. Overall, our findings support the notion that the dispositions are differentially related with facets of RS.

I guess this means that in many ways laughter is truly one of the best medicines especially when it comes to relationships and not getting sick of one another. Considering most couples tease one another, it does make a lot of sense. Laughter plays a big role in our lives and is something we all enjoy depending on the circumstances.

In regards to these findings Science Daily reported as follows:

How people react to being laughed at differs widely: some people are afraid of being laughed at. “They tend to interpret the laughter as something negative or derogative,” Proyer explains and goes on to say that others enjoy being the center of attention and intentionally provoke situations that make others laugh about them. For many people, being laughed at is an expression of appreciation. Another characteristic is enjoying laughing about others and intentionally making them the butt of jokes, for example. “These three characteristics are personality traits that can occur at the same time, to varying degrees and in different combinations. They can range, for example, from making harmless jokes to ridiculing others. All of these characteristics are normal, up to a certain point — including being afraid of being laughed at,” Proyer continues. Profiles can be concluded from the combination of the individual traits — for example someone who likes to laugh about others but does not like it when others laugh about them.

For their current study, the psychologists from MLU conducted online interviews with 154 heterosexual couples. The participants separately answered questions about their relationship, for example about how satisfied the partners were with their relationship overall, whether the couple often argued and how satisfied both partners were with their sex life. The researchers also investigated how the study participants handle being laughed at and whether they like to laugh at others.

For the subsequent analysis, the researchers, first of all, compared the statements made by each person: “We found that partners are often alike with regard to their individual characteristics and also their profiles,” Kay Brauer summaries. If these matched, the couples were usually more content in their relationship than others.

What do you think about all of this? Do you and your partner joke around with one another on this level and how is your connection as a result? Personally, I think it really does make a lot more sense than we tend to realize.