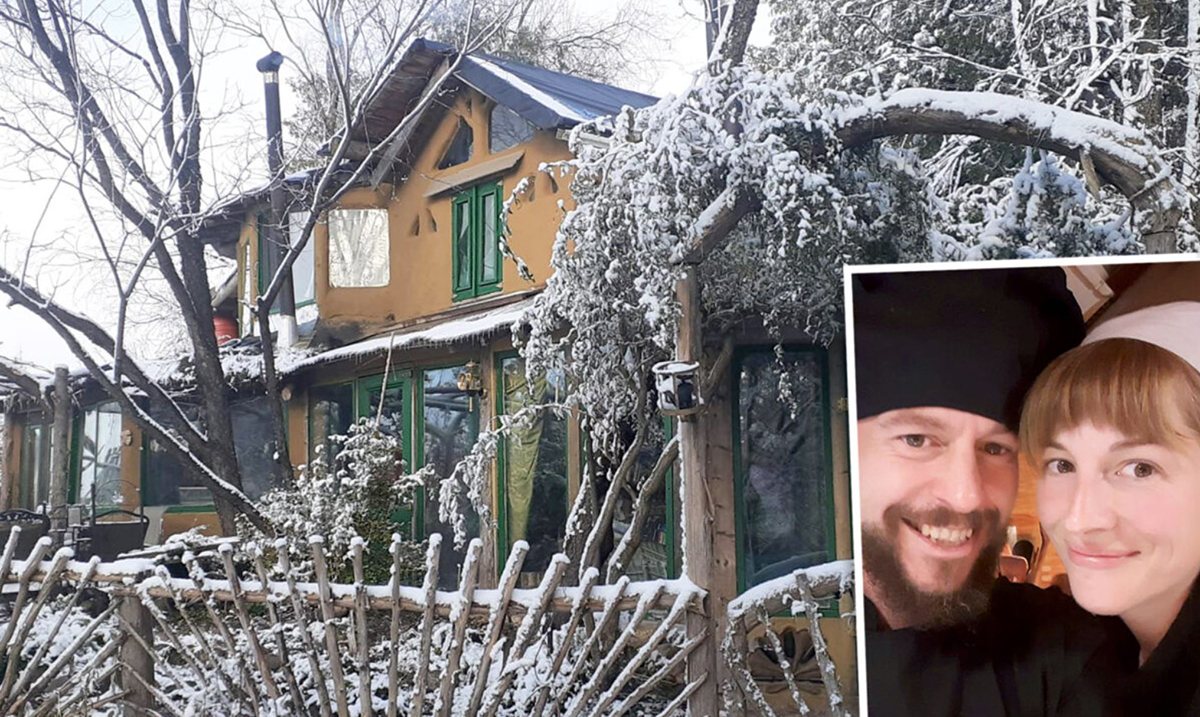 By Harley MansonNovember 30, 2021No Comments

Misti Murph’Ariens and her husband Bryce purchased farmland and then spent only $10,000 creating a homemade from straw, clay, and sand. Since doing so, they have become homesteaders and haven’t had to pay bills for over a decade, saving them $70,000 per year!

With their two daughters, the couple has become almost entirely self-sufficient, due to a vegetable farm and collection of farm animals. Because they get electricity from solar panels and water from a well, almost all of their needs are naturally provided for.

When they first met, the couple worked as chefs in Hamilton, Ontario who shared a common interest in living an “alternative lifestyle,” according to Misty. The couple began frequenting Bryce’s grandmother’s cottage in Durham and not long after they started doing this, they began wanting something more peaceful and a lot less city. Then, in 2006, they moved away from the city permanently and saw a major increase in their overall well-being.

According to Misty, “I’ve always suffered from intense migraines, but when we moved to the countryside, they started to become less and less frequent.”

It was then they decided to build their own sustainable living home, made from clay, sand, and straw. Now the couple owns a small catering business in the local community around their home, estimates their total living costs at around $15,000 per year!

“We try to be as self-sufficient as possible, farming and harvesting all the food we eat.

“We do get the occasional shopping delivery to the nearest road, but that’s only for a very select range of essential items.

“I think the difference with our lifestyle is not so much what we do, but why we do it.

“Of course, we do have to acquire money, but the focus of our day is finding the most sustainable and fulfilling way to live.”

The couple homeschools their children, with a major focus on primal skills, animal care, and building techniques. When they have to travel, they do so by bike, by walking, or on horseback.

And since they have such a sustainable lifestyle, they aren’t constantly working to pay for additional items they don’t need, or already have on hand. In turn, the couple report they are exponentially happier, overall.