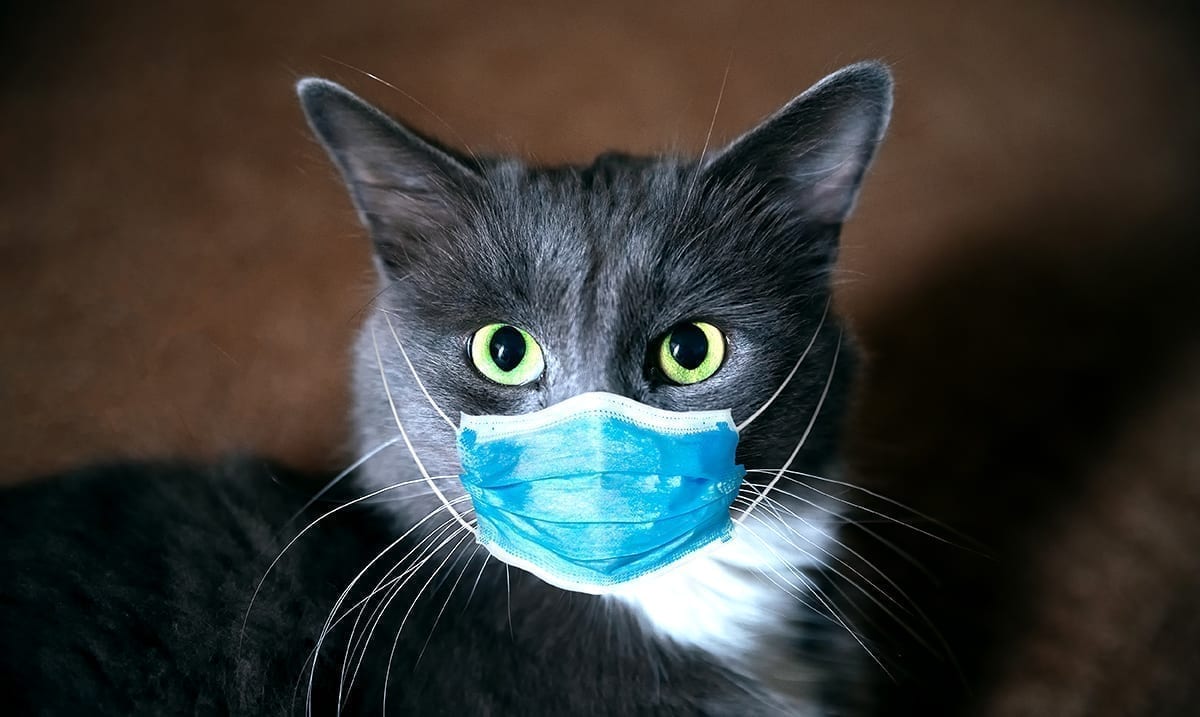 Coronavirus Can Infect Cats – But Not Dogs

By Gerald Sinclair April 2, 2020 No Comments

While a lot of people in many places are freaking out about their pets potentially catching the novel coronavirus, please know there is no need for alarm. Don’t go abandoning your pets, there is no reason to panic.

According to Nature, cats can be infected with the coronavirus that causes COVID-19 and can spread it to other cats, dogs are not usually susceptible to this kind of infection. In the off chance that your pets do come in contact with this kind of virus, they’re probably not going to catch it regardless of what species they are. Whether you keep pigs, dogs, chickens, or something else the likelihood of them getting this virus is very low.

One of the studies on animals and this virus that we are going over today was done solely in a lab setting. This meaning the interactions they found were not an ‘accurate representation of real-life interactions between people and their pets.’ This study is one many are seeing circle online basically, for the most part, it talks about cats and their potential to be infected. While this is important for research we should also make sure it’s not taken out of context. There is no evidence that cats can pass the virus on to people.

Nature wrote as follows on these findings:

The team, led by virologist Bu Zhigao, introduced samples of the SARS-CoV-2 virus into the noses of five domestic cats. When two of the animals were euthanized six days later, the researchers found viral RNA, as well as infectious virus particles, in their upper respiratory tracts.

The other three infected cats were put in cages next to uninfected felines. The team later detected viral RNA in one of these exposed cats, which suggests that it contracted the virus from droplets breathed out by the infected cats. All four of the infected cats also produced antibodies against SARS-CoV-2. Surveillance for SARS-CoV-2 in cats should be considered as part of efforts to eliminate COVID-19 in humans, the authors note in the preprint

But Saif says that none of the infected cats showed symptoms of illness, and that only one out of the three felines exposed to infected animals caught the virus. “This suggests the virus may not be highly transmissible in cats,” she says. Furthermore, the mode of transmission is unclear because the study does not describe how the cages were set up, and the uninfected cats could have contracted the virus from contaminated faeces or urine.

More tests are needed, including some in which cats are given different doses of the virus to see whether they can pass it on to other cats, she says.

The results suggest that cats should be considered in the effort to control COVID-19, but that they’re not a major factor in the spread of the disease, says Dirk Pfeiffer, an epidemiologist at the City University of Hong Kong. “The focus in the control of COVID-19 therefore undoubtedly needs to remain firmly on reducing the risk of human-to-human transmission.”

It should also be noted that this study is not yet peer-reviewed and is at the moment just a preprint. According to Nature, these findings suggest that none of the species involved in their study play a part in the epidemiology of COVID-19. Please, treat your pets well during this time period. They are not the enemy and they cannot do you any harm in relation to this virus.