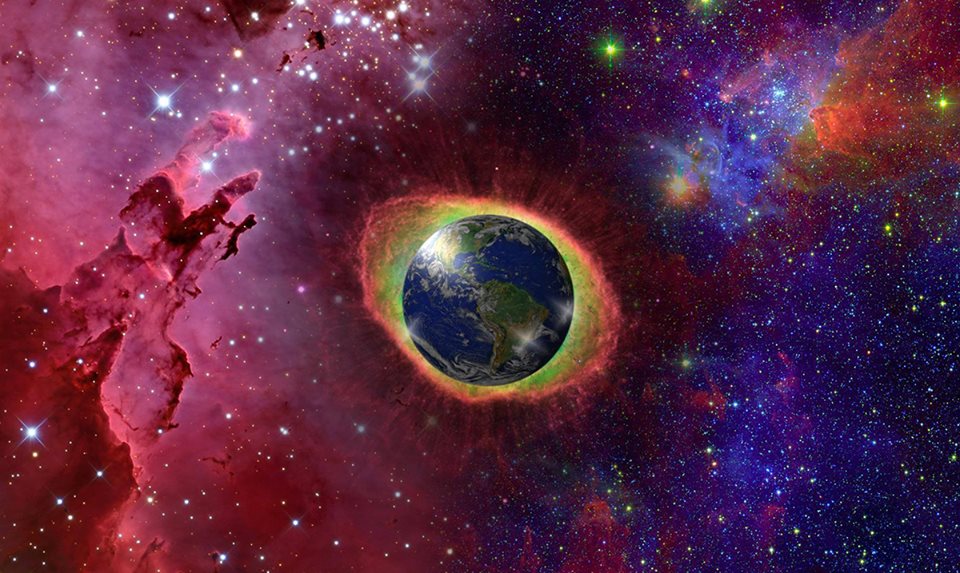 By Gerald Sinclair September 9, 2018 No Comments

There are many theories out there regarding the universe, from how it came to be to what it is truly for, but no one seems to really get past the initial questions. Well, to be honest, we probably won’t ever know.

The theory we are going to go over today is one you might have not heard too much about but really comes with a lot of controversy. It is the conformal cyclic cosmology theory or CCC. It comes from the mind of Roger Penrose who has in the past worked closely with Stephen Hawking himself. Basically, in this theory, the Big Bang that has been said to begin everything was not the first Big Bang and will not be the last Big Bang.

According to CCC, everything goes through different phases and after a Big Bang, cosmic structures are formed but from there they begin to cool down gradually eventually causing them to die and for in the end nothing o be left but particles. This creates the perfect environment for another Big bang that leads to a new universe entirely. This theory also claims that marks would be left in the CMB or cosmic microwave background to essentially help prove it’s validity.

Penrose, who created this theory believes he has finally found those marks. He has recently published a paper in arXiv that while not yet peer-reviewed shows that alongside other researchers he created a model CMB that had these marks to compare to actual CMB data. While these patterns might not prove his theory just yet, they do provide us with a bit more of an idea as to how it might actually be possible.

The abstract of that paper goes as follows:

This paper presents powerful observational evidence of anomalous individual points in the very early universe that appears to be sources of vast amounts of energy, revealed as specific signals found in the CMB sky. Though seemingly problematic for cosmic inflation, the existence of such anomalous points is an implication of conformal cyclic cosmology (CCC), as what could be the Hawking points of the theory, these being the effects of the final Hawking evaporation of supermassive black holes in the aeon prior to ours. Although of extremely low temperature at emission, in CCC this radiation is enormously concentrated by the conformal compression of the entire future of the black hole, resulting in a single point at the crossover into our current aeon, with the emission of vast numbers of particles, whose effects we appear to be seeing as the observed anomalous points. Remarkably, the B-mode location found by BICEP 2 is at one of these anomalous points.

While I do not necessarily believe we will ever know the truth about our universe this theory is one that is interesting to learn about. What do you think? Could Penrose be right?