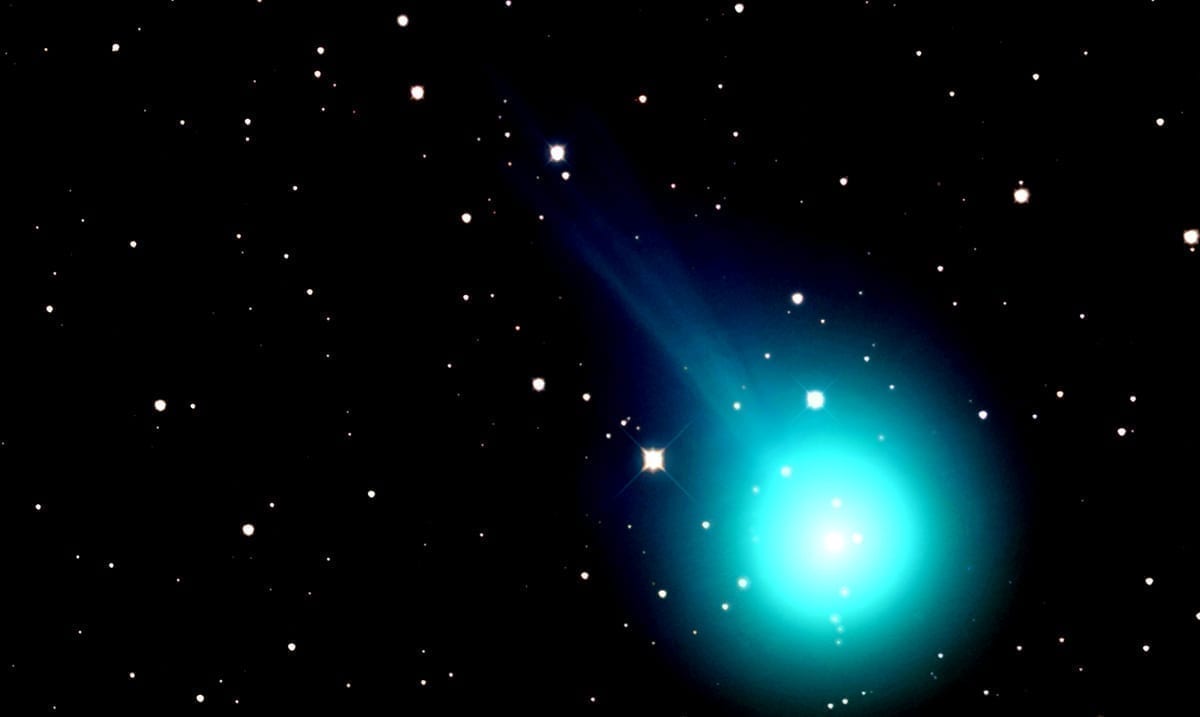 Comet SWAN Is Now Visable In The Night Sky!

As you may be aware, comet SWAN is supposed to be visible to those who wish to see it. If you live in the Southern Hemisphere, you should be able to find it quite easily.

Comet SWAN can be seen trudging along in the constellation Pisces according to NY Times. While visible now, this comet won’t hang around forever so if you want to see it you should not skip out this go around. As this comet moves, it appears in the sky as a dim star but it is quite bright and will get even brighter as it gets closer to the Sun.

NY Times wrote as follows on when and how to view this comet:

Astronomers have their fingers crossed that the comet will keep brightening in the coming weeks as it heads north, passing 52 million miles from Earth on May 12 at its closest approach to our planet, and then rounding the sun on May 27.

Tony Philips, an astronomer, and writer who runs the website spaceweather.com, said he was cautiously optimistic of a big show in the weeks ahead.

“As for the cool-factor, I would give it a big resounding MAYBE :)” he wrote in an email. “It just depends on how the comet reacts to solar heating as it approaches the sun in the next few weeks.”

The comet could become a victim of the solar system’s ravages before more of us get to see it.

“Two brightness surges followed by drop in activity,” said Michael Mattiazzo, an amateur astronomer who lives in Adelaide, Australia, and first spotted the comet. “My guess is that it will outburst again before finally disintegrating.”

As recently as Friday, the comet was about as bright as the faintest stars that can be seen with the naked eye — 5th magnitude in astronomical parlance. Astronomers best guesses suggest that the comet will get 3 or 4 times brighter — up to astronomical magnitude 3.5 — as it moves northward out of Pisces and through the Triangulum and Perseus constellations.

But it will still be hard to see if you live in the mid-latitudes of the north. At its best, the comet will be hanging low in the northeastern sky just before dawn.

This comet is still very new as it wasn’t discovered until early April of this year (2020). While ATLAS did not give us what we wanted, it seems SWAN could. What do you think of this interesting space rock? Will it end up bright and beautiful or will it remain faint and hard to pick-up on?