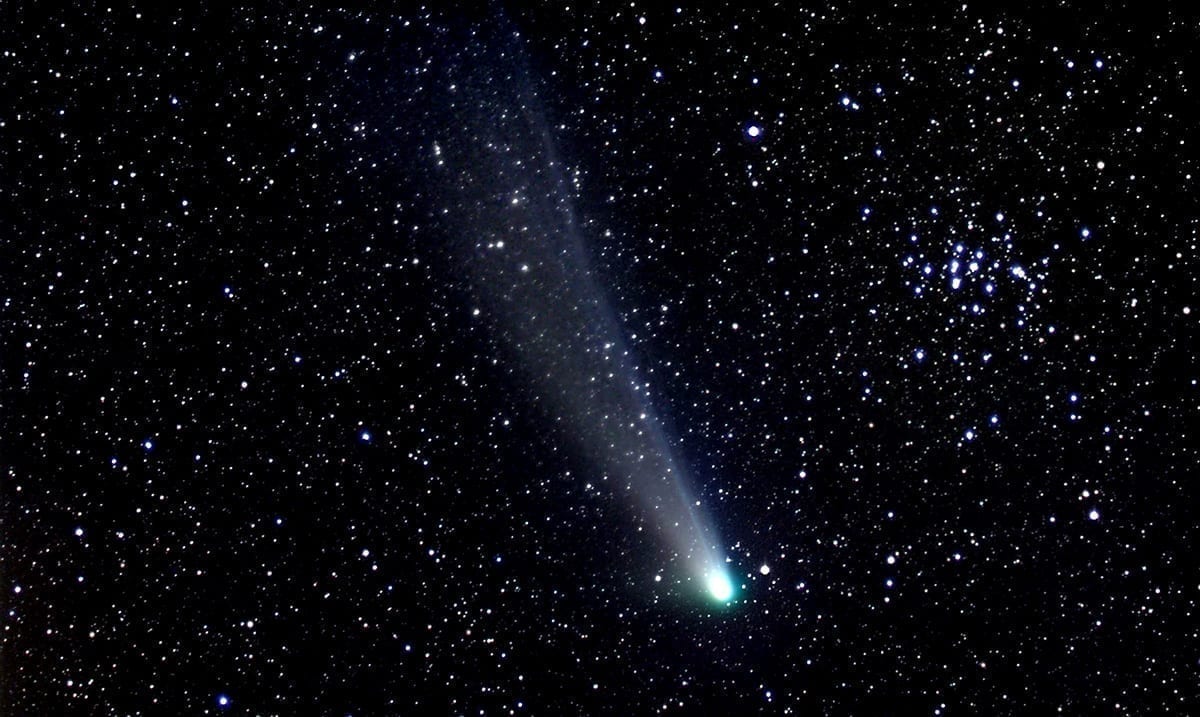 While we move through the last few days of May, we’re seeing some interesting things in the sky. Comet SWAN is even present and proving to be quite the sight even if still not as bright as we’d hoped.

Now, for those who do not know, comet SWAN is the comet that took the spotlight away from comet ATLAS as ATLAS broke apart. This comet has been noted by Daily Records as being potentially the brightest comet we will get to see this year and if you want to see it, you can. It will be visible in the evening sky this month and might be worth checking out.

Comet C/2020 Fx (SWAN) should be noticeable until roughly mid-June according to Psys.org and can be seen in the UK as well as the ‘northwestern sky.’ While we do not yet know much about this comet, it is being watched closely right now and whether you’re viewing with your eyes or some kind of telescope seeing it is a big treat. It should be somewhat close to the horizon and if you have binoculars, you won’t be able to miss it.

Comet SWAN has gotten a bit higher for my location in southwest Alabama. So here it is through trees!
SWAN revealed some of the tail. Image Richard Pickard. pic.twitter.com/hUHcDWoPqF

Psys.org wrote as follows on the topic of this comet and its passing:

For most of their orbits, comets are far away from the sun, traveling through the cold of space, and they are dormant. When they come closer, things change: they heat up, the ices start to turn into gas, and jets of gas and dust stream out from the comet’s surface.

Radiation pressure from sunlight and the solar wind then sweep the gas and dust into long tails that can stretch for tens of millions of kilometers. These tails can be extraordinarily beautiful, and feature in many of the best drawings and photographs in astronomy.

SWAN was discovered in late March in images from the solar and Heliospheric Observatory (SOHO) satellite. It’s fairly bright, but fading, and the best chance of seeing it in the UK is in the last week of May through to early June. With the help of a pair of binoculars the comet should be visible in the north-western sky after sunset, fairly close to the horizon.

Lucky viewers may even be able to see it with the naked eye alone—some astronomers in the southern hemisphere have done this already—but the bright twilight sky and the low altitude of SWAN won’t make this easy.

All of this having been said if you are somewhere where you’re unable to see it or you just don’t happen to have time to view, you can see it online. You can do that by checking out the virtual telescope’s Gianluca Masi show it to you. You can click here to learn more about that.

All of this having been said if you’re having trouble seeing it don’t feel too bad. Some people are not able to pick up this kind of thing with their eyes and that doesn’t mean you won’t ever see a comet, there will be a brighter one someday. As noted above lucky viewers can see this with their naked eye alone and some already have but if you need to dig out your telescope, go right ahead.

I for one will be taking the time tonight to see if I can view this comet. Will you be taking a peek? To see some of the best pictures those in the astronomy world have captured of comet SWAN check out the video below. The celestial world is truly marvelous.