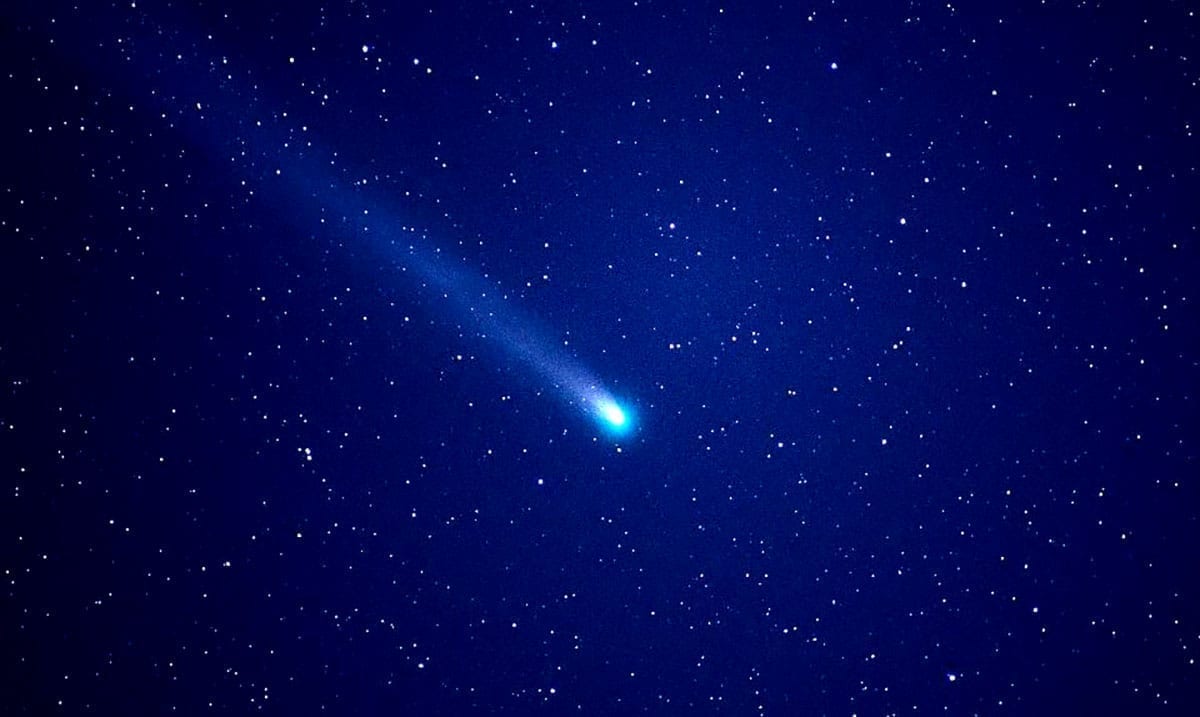 Comet NEOWISE Is Now Visible To The Naked Eye!

While we have been hearing a lot about comet NEOWISE as of late, we were not sure if it would become bright enough for those without at least binoculars to see but it has. This amazing comet is now visible.

According to ABC 7 Chicago, this comet has brightened recently and is now visible one to two hours before dawn if you look to the northeast depending on where you are. For those who do not know this comet is a relatively new one as it was only discovered in late March. It is something that astronomers have been watching for a while now but as things grow brighter you too may be able to catch a glimpse if you look at the right time.

ABC 7 Chicago reported as follows on this:

Starting Sunday, stargazers will be able to see it in the evening. After sunset, look for the comet toward the northwest, just below the Big Dipper.

It will be closest to Earth on July 22 at a distance of about 64 million miles.

This comet is proving to be one of the brightest we’ve seen so far this decade and if you want to see it, now you can. If you’re in the northern hemisphere chances are you may have already spotted it whether you knew what it was or not. For the next week or so this in itself will be something we can spot in the predawn hours and well, it’s not hard to find.

National Geographic wrote as follows on viewing this interesting comet:

For the next week or so, NEOWISE will be strictly a predawn target. To see it, head outside at least 45 minutes before sunrise and look just above the northeastern horizon. The bright star Capella can serve as a marker, as the comet lies just below it, while the brilliant planet Venus is visible to the east. In about a week’s time, the comet will transition to the evening sky, making it even easier to spot. Beginning around mid-July, the comet will be visible in the northwestern sky after sunset, arcing slowly upward beneath the stars of the Big Dipper.

To have the best chance of glimpsing the celestial transient, a little planning goes a long way. “It’s not like you’re just going to glance up and, Oh wow, there it is!” says Dave Schleicher, a senior astronomer at the Lowell Observatory in Flagstaff, Arizona. “You need to have a good idea of where to look—and binoculars will help.”

Still, judging by photos posted on social media over the past few days, the comet is putting on a quite a show—arguably the best since Comet Hale-Bopp, which lit up the night sky in 1997. Comet McNaught, which passed by Earth in 2007, was also brighter than NEOWISE is now, but it was primarily visible from the Southern Hemisphere.

“The buzz around this comet is justified,” says photographer Malcolm Park, who captured an image of NEOWISE and its tail from his home in eastern Ontario on the morning of July 5.

All of this having been said according to Scientific American as we move through this month the comet will become more and more visible unless it breaks apart. It should starting around July 12th ‘be visible in the evening as well.’ While comets like this one are very interesting and unique for those who study them, they can also be quite the sight to see for those who just love looking at the night sky.

To learn more about this comet and its visibility take a look at the video below. I for one will be taking time out to view, will you? Things like this are truly spectacular.