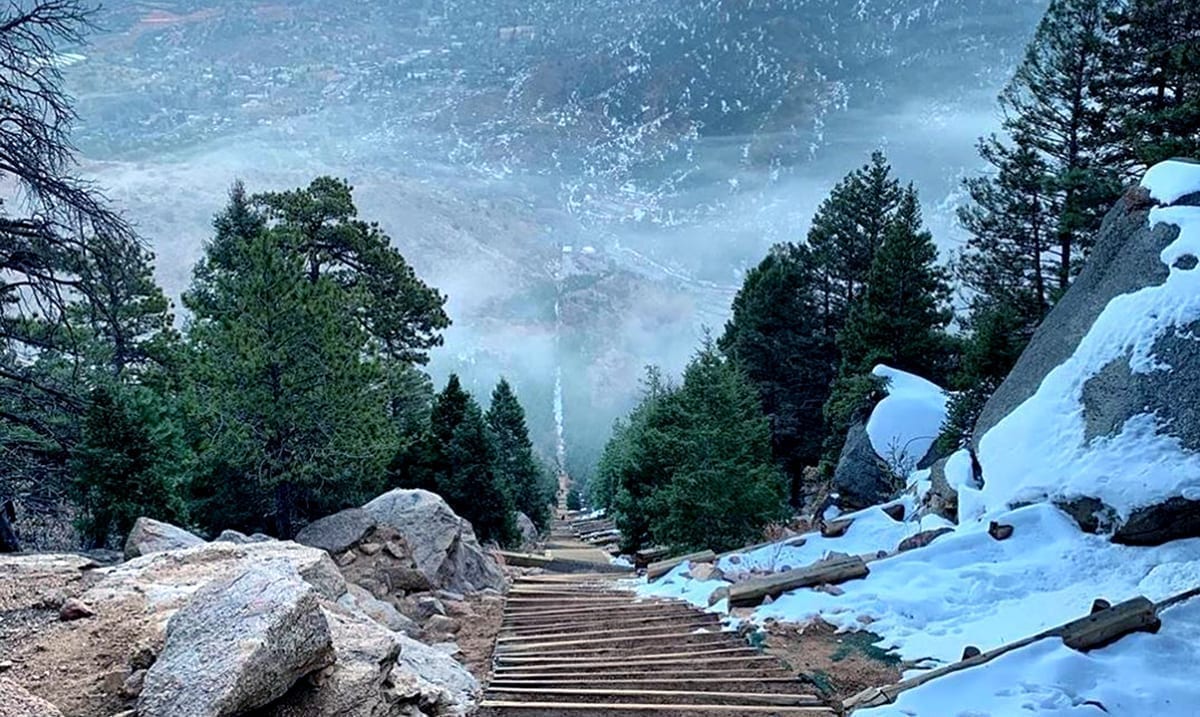 Colorado ‘Staircase To Heaven’ Is 2,744 Steps Of Cardio Heaven And You Can Hike It

While it might not sound like a lot, this 2,744 step staircase has kicked many rear ends. Most people end up quitting long before they reach the end of it and it’s only about a mile long in total.

Yes, right now during this pandemic the staircase itself is closed but once all of this is over with it will open back up and may be well worth the trip. This interesting staircase is known as the Manitou Incline and it rises from the east side of the Rocky Mountain. While it might not look hard, it is very steep and will prove to be a challenge for most who attempt it.

While the top offers a nice view it’s not something everyone is as prepared for as they might think. The Manitou Incline gains 2,000 feet in elevation from start o finish and average grade overall is 45 percent but in some places, it is almost 70 percent. This meaning it can get pretty darn steep.

This feat can take some hours to accomplish and others just a mere 20 minutes or so. It really just depends on how fit you are and what your body can handle. While it might not look like much, this interesting staircase is beautiful in a lot of ways.

VisitCos.com wrote as follows about some of the history surrounding this staircase:

The Manitou Incline was originally built as a cable car to carry materials to build pipelines on Pikes Peak – America’s Mountain. After the pipelines were finished, it was turned into a tourist attraction to bring guests to the top of the foothills for a spectacular view of Colorado Springs and the eastern plains.

A rock slide damaged a section of track in 1990, so the Manitou Springs Incline was closed down. The rails were removed, but the railroad ties remained in the form of a massive staircase. Locals started using it for a challenging workout. Until February 2013, a portion of it was private property and it was illegal to hike up the ties of the old cable car line. Now, due to cooperations among private and public entities, it is legal to climb the Incline. It is known as one of, if not the most, popular and challenging, hikes in the Colorado Springs area.

It should also be mentioned that this pretty thing is free to access but parking usually costs. If you’re into cardio it might be something you really want to give a try once it is opened back up. I know someday I’d love to hike all the way up it.