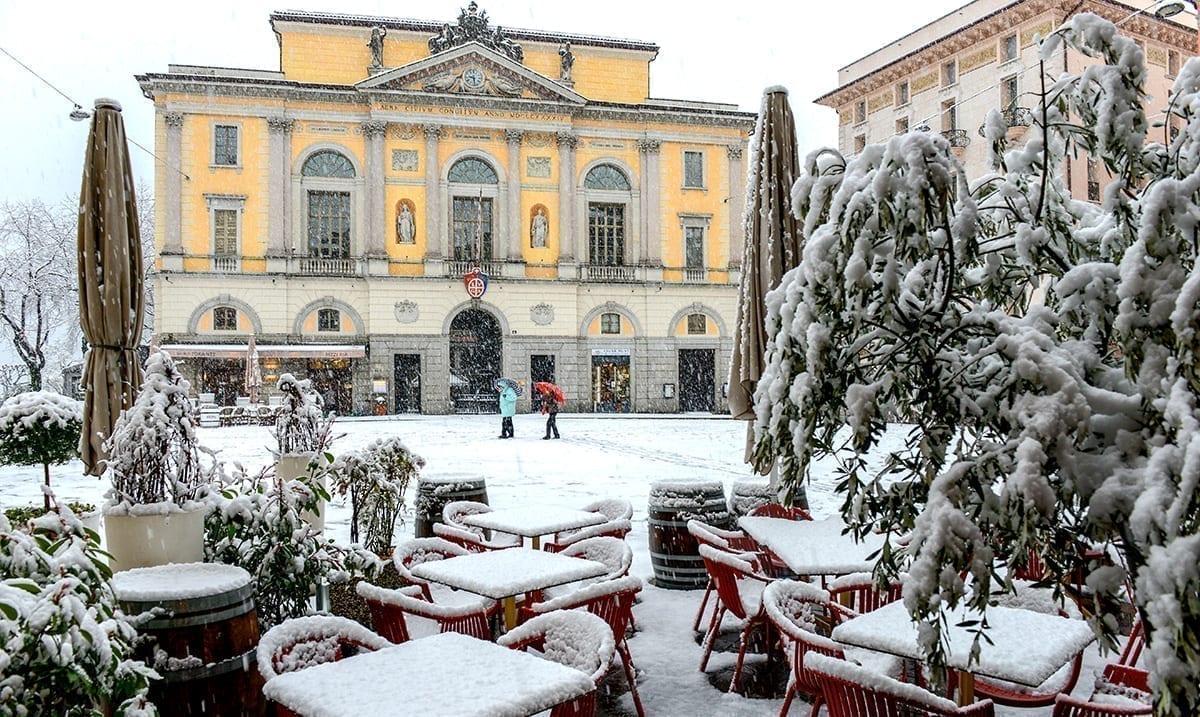 While the idea of it raining chocolate sounds like something from a movie or perhaps straight out of a book, it became a reality for some. A mere factory malfunction seemingly did the impossible and brought chocolate down from the sky.

According to USA Today residents of a Swiss town just days ago got quite the shock when the cooling ventilation for a line of roasted ‘cocoa nibs’ in a Lindt & Spruengli factory malfunctioned. Fragments of crushed cocoa beans which are the base of chocolate for those who might not be aware rained down on the town leaving everything in the area of the factory itself glazed with chocolate dust. Thanks to some strong winds, this chocolate dust made its rounds and while the company has offered to pay for any cleaning needed as a result, no one has taken them up on their offers overall.

Time.com wrote as follows on this interesting event:

Combined with strong winds on Friday morning, the powder spread around the immediate vicinity of the factory, leaving a fine cocoa dusting.

The company says that it has offered to pay for any cleaning needed — but hasn’t yet been taken up on the offer.

Factory production was able to continue as normal and the company says the particles were completely harmless to people or the environment.

The ventilation system has now been repaired.

As you can see in the photograph below posted to Twitter, this overall was not too serious and it wasn’t a ton of dust. While the town of Olten was lightly coated with cocoa, it wasn’t anything too crazy and overall the cocoa shouldn’t cause much of an issue. While it might not sound like much, I am sure this event in itself is something the residents of this town will not forget for years to come.

A glitch at a Lindt chocolate factory in Switzerland meant that it started snow…..chocolate!! 😋🍫

Covering the town of Olten in a blanket of cocoa goodness. Who wants to move there?! #BigBreakfast pic.twitter.com/HZLC9zRRXS

Insider wrote as follows on this:

The chocoholic dream came true for residents of a small Swiss town on Saturday when “chocolate snow” seemed to fall from the sky.

Small chocolate shavings rained down on Olten, between Zurich and Basel, after a malfunction at a Lindt and Sprüngli factory.

The chocolate manufacturer confirmed that it had a minor defect in the cooling ventilation for a line for roasted cocoa nibs (crushed cocoa beans that are then made into chocolate), according to the Associated Press.

Strong gusts of wind then picked up the chocolate powder, leaving a dusting of cocoa over the area surrounding the factory.

What do you think about this peculiar story? I for one am quite blown away, out of all the malfunctions that could happen it had to be the one that brought ‘chocolate snow.’ In this world, anything really can happen.