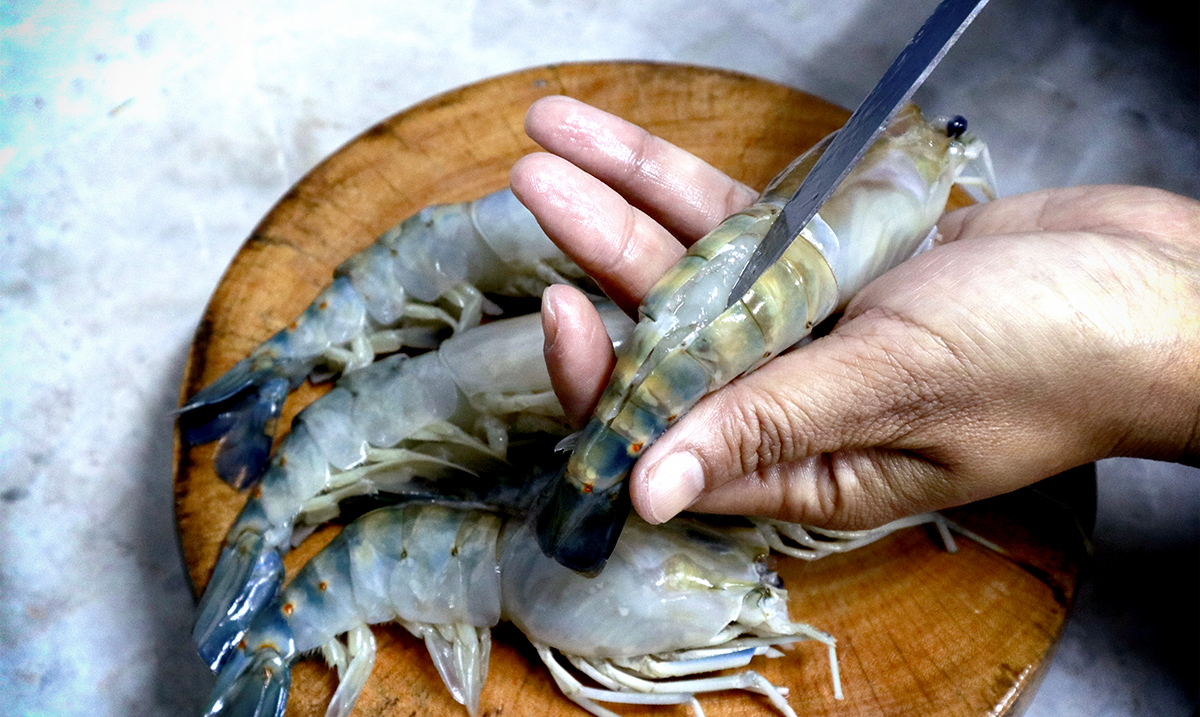 According to Seafood Source, the number of reports of consumers purchasing gel-filled shrimp over the past few years has been rising in China and this is something we should be aware of here in the states. For those who might not be aware, a huge amount of the food we ingest on a daily basis comes from China.

A report by China’s People Daily from back in 2015 noted that not just shrimp but also sea horses and sea cucumbers have been found to have been injected with some kind of gelatin. This gel in specific has been noted as coming from some kind of mix of collagen, animal skin, and bones, but we are unaware of how widespread the issue is or if there are dangerous materials being used in its creation.

The government has banned this kind of thing and for a while now has been working to crack down on the sellers but these sellers are blaming the wholesale people they bought from and ‘ring around the rosy’ is being played over and over again. With China beingone of the largest seafood exporters to the US, we can assume that at some point this contaminated food has made its way here whether we have realized it or not. Seafood Source also noted that in 2016 the US obtained about 175 million dollars worth of shrimp coming solely from China.

The Epoch Times reported as follows on this serious problem:

The problem of adulterated shrimp has persisted for over a decade, despite new cases regularly reported in the Chinese press. Some of the first well-publicized cases of the gel-injected shrimp appeared in 2005, the same year in which the municipal government of Tianjin launched a strike-hard campaign against shrimp injectors. The report, which referred to the campaign gave no details about how many were arrested, or whether the shrimp adulteration rings were broken.

It is unclear how much, or if any of the gel-injected shrimp make their way to these shores, but food safety experts said there is reason to be concerned. The Food and Drug Administration issued an import alert on Dec. 11, 2015, about the “presence of new animals drugs and/or unsafe food additives” from seafood imported in China, including shrimp.

In some of the cases that have been examined—not always an easy task in China—the gelatin found in the shrimp was the innocuous, edible kind. It is usually extracted from animal skins and bones, and composed of collagen. But because the operation is illegal and unsupervised, there is no telling whether the next gel used will be industrial.

Wu Wenhui, a professor at Shanghai Ocean University, said in an interview in the Chinese press that customers should be wary about industrial gel ending up in shrimp, given that it’s cheaper than the edible version. “Industrial gel is used for furniture, print, and contains many heavy metals such as lead and mercury, which harms the liver and blood, and is even carcinogenic.”

But the act of injection is itself potentially unsafe.

“Even if what was injected was edible gel, which may not itself be harmful, who can guarantee that the process is aseptic? ” said Liu Huiping, a member of the executive council of the Tianjin aquatic products association, in an interview with the Beijing News.

Mr. Zhang, a seafood merchant in Shandong Province told Chinese media that large shrimp such as Penaeus and tiger prawns, which are mostly imported from Southeast Asia, are candidates for injection because of their size. “Their individual prices are high, and more money could be extracted from adding to their weight.”

We see things like this happen time and time again all for the same reason. When it comes to food safety and regulation, China falls far below the bar it should be setting. Their food regulation system is nowhere near as effective as it needs to be and because of that people are being put at risk.

At this time, this is all the information we have on the matter. As information comes out the article will be updated to reflect that. I do suggest going for Gulf shrimp whenever possible, and you, as a consumer always has the right to know what country your food comes from.

To learn more on ‘fake’ or ‘tampered with’ foods in China please feel free to check out the video below. This is one of the many instances we’ve heard of food being tampered with or contaminated in China and it most definitely will not be the last. What do you think about all of this?