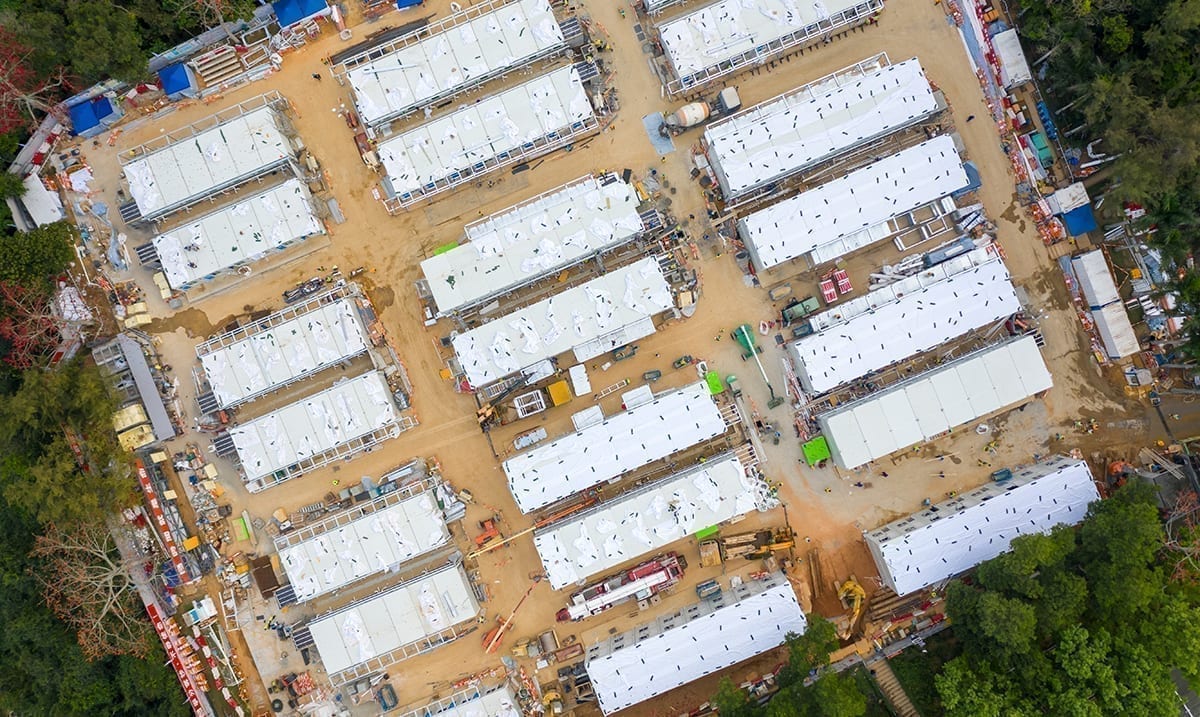 By Gerald Sinclair January 23, 2021 No Comments

We know that in some places the pandemic as a whole is dying down but that is not the case everywhere. Even now we are still learning more and more about how to fight this virus and well, China has done something many consider to be quite controversial.

According to CNN China has actually recently been working to build a containment camp of sorts. They built a place to house roughly four thousand people during this outbreak, and it looks quite interesting, to say the least. CNN actually noted that China was and is rushing to build this massive camp as it seems their numbers of cases are on the rise again.

CNN wrote as follows weighing in on the topic:

Officials in Shijiazhuang, where the outbreak is centered, have initiated mass testing and strict lockdowns, moving entire villages into centralized quarantine facilities in a bid to curb the spread of the virus.

It was originally planned to house 3,000 people, but has since been expanded to a capacity of 4,160. More than 4,000 construction workers performed “six days’ and nights’ work” to complete the first phase, said Shijiazhuang Deputy Mayor Meng Xianghong on Tuesday.

Authorities began construction on January 13 and the first section of the camp is now complete and ready for use, while construction continues on the second phase, according to state-owned broadcaster CCTV.

Each prefabricated room is expected to measure 18 square meters (around 194 square feet), and will come with an en-suite bathroom and shower, desks, chairs, beds, Wi-Fi, and a television set, according to CCTV.

This camp is going to be located in Shijiazhuang and it is thought to be something that could end up working quite well in the long run depending on how things play out. You see before this concept was brought forth medical facilities would house those with the virus during quarantine within reason. This gives them somewhere to put those with the virus and could help prevent another major situation.

With cases rising, creating somewhere for those people affected to go was something China saw as a clear need. This in itself is essentially an effort to contain the virus more properly and keep the current outbreak to a minimum. However, we do not yet know how well this will play out.

I for one would love to see what the inside of this kind of thing would look like. What do you think about this concept? Do you think other countries should be doing things of this sort as well?