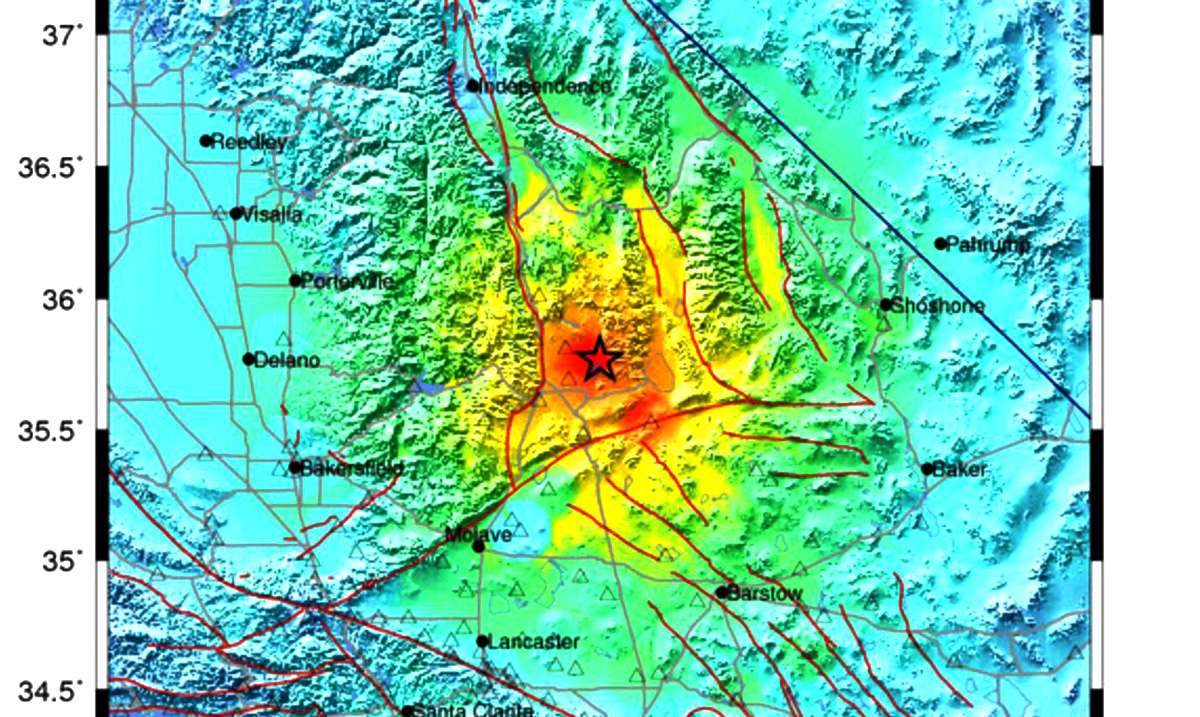 As many people celebrated the fourth of July the usual way, grilling their favorite barbeque foods and shooting fireworks into the air, some regions experiences are the far different fourth of July celebration. Instead of fireworks, they had chaos, ground shaking, and catastrophe, as earthquakes rumbled their way through the faults of California.

The first, a 6.4 magnitude earthquake hit Southern California on Thursday, causing aftershocks in its wake which triggered fires, caused infrastructure damage and some minor injuries. While the quake was the strongest to hit the area in 20 years, it rocked through Los Angeles, to Las Vegas and made its way through the Searles Valley.

Then, following the first quake, a second, even larger quake shook California again on Friday morning, at a magnitude 7.1. Like the first, a 6.5 was the largest in years, this one broke even that record.

Seismometers referred to as USArray measured the data showing how the ground shook and demonstrates these movements through video. Appearing as a GIF like images, you can watch the videos below to see the quake radiate throughout the region. Take a moment to view each one, as the short videos of twenty seconds show about 34 minutes worth of activity.