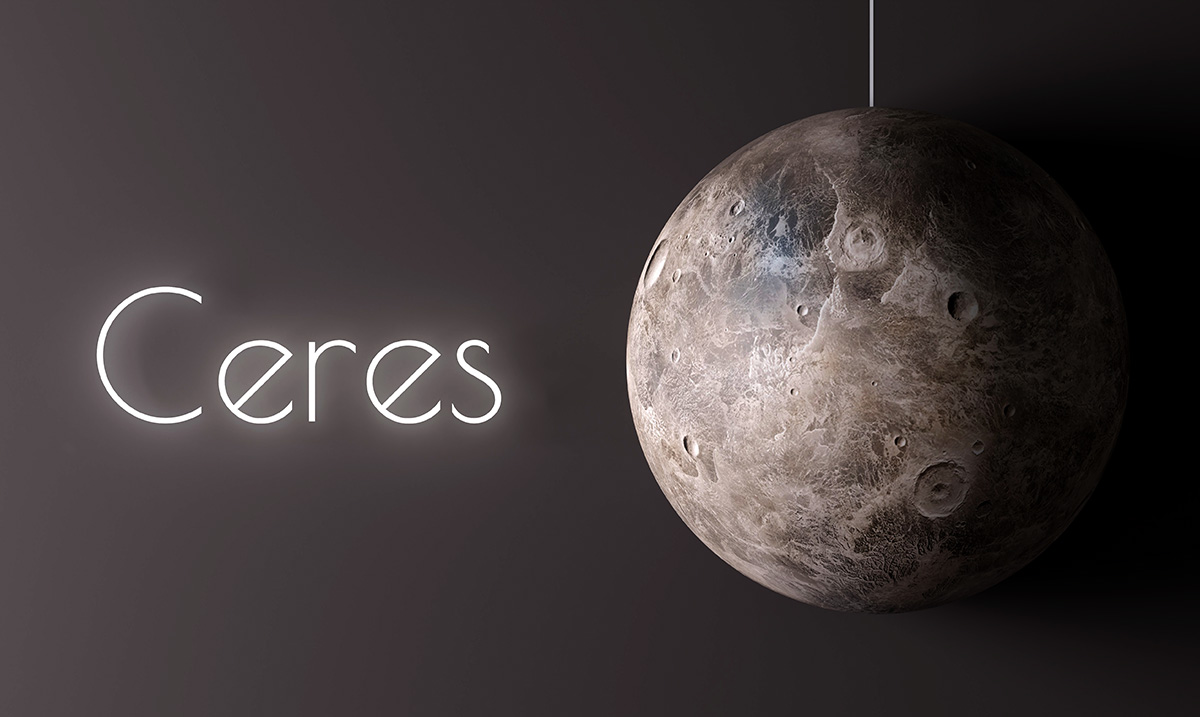 Ceres – Nourishing Our Souls And Connecting Us Deeper With Mother Earth

By Gerald SinclairFebruary 24, 2021No Comments

For those who do not know, the asteroids out there all hold their own celestial powers. One, in particular, that seems to often become overlooked is Ceres and well, we should be paying closer attention to Ceres right now.

Ceres is easily one of the largest asteroids in our system as a whole, and it is located between two major planets. It brings forth energies that can and will help us better understand ourselves as well as those closest to us if we are willing to listen closely. I know, this might sound a bit odd but if you’re someone who loves astrology you need to dive into this.

The dwarf planet Ceres is the largest of the discovered asteroids found between the orbits of the planets Mars and Jupiter. Ceres is named after the Roman goddess, Ceres. The Greek goddess equivalent was Demeter.

In astrology, Ceres rules food, agriculture, transitions in a female’s life, nurturing, motherhood, and family relationships. With Ceres, there is a love of what is simple, natural, and good for you. There is also a strong need to nurture and protect, as well as to treat other living beings, including animals, with respect and reverence. Ceres is also connected to grief, as well as the possibility of destroying everything in one’s path in order to regain what was lost. It might also be connected to separation and time-sharing, as Ceres in mythology had to strike a deal with Pluto who had abducted her daughter, Persephone, wherein she was to return Persephone to him for part of the year.

Whether you’ve heard of Ceres or not, Ceres has likely brought forth a lot of things in your life. It has allowed you to be more adventurous and showed you that you are much more capable than you realize off hand. This interesting celestial body is one that when present in our birth charts can mean more than most would be willing to accept.

According to StarSignStyle this asteroid is one we have known about since 1801 making it one of the oldest discovered. It is basically an ‘Earthly mother’ and as noted above rules over things like food, nutrition, and so forth. When this asteroid shows up in your chart, it is bringing attention to where or how you feel nurtured as a whole. You should pay close attention to it.

This celestial being is one that reminds us that self-care is a necessity. It highlights how we need to nurture ourselves as well as others and how we should be paying attention to small things. To learn more about this interesting energetic being take a look at the video below, you may learn more than you would expect to.