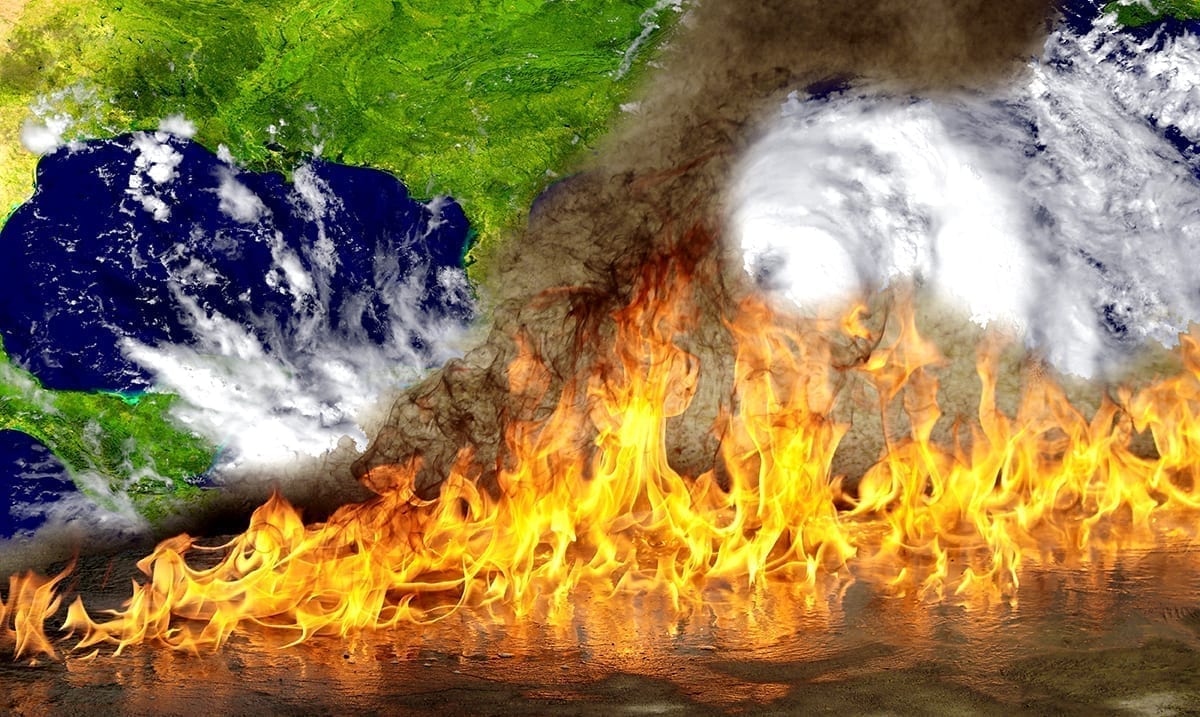 As you may know, the US has really been going through it lately and this week things have only gotten worse. Hurricane Laura has been sweeping through and leaving a lot of damage behind.

Now, the fire noted in the title happened at a chemical plant near Lake Charles, Louisiana, and occurred just hours after Hurricane Laura raged through the area. According to official reports, the fire was related to the storm and damage it did. Weather.com also noted that even getting to the site to get things under control was quite hard as wreckage from Laura posed serious challenges. Noted by GlobalNews.Ca, a shelter-in-place order has been placed for those in the area affected by this fire, and locals were urged to stay inside with their doors and windows closed.

Unknown chemical leak just off I-10 about 3 miles outside of Lake Charles. pic.twitter.com/BBW8bUcH9Y

It should also be noted that the CDC has issued a ‘health alert network advisory’ as well. This because those affected by this powerful storm are at risk of carbon monoxide poisoning because most are without power and likely turning to alternative power sources. Those using things like generators or propane/charcoal grills for certain things may be at risk if they are using them improperly.

CNN wrote as follows on this advisory:

The agency is warning clinicians in the hurricane zone to pay attention to symptoms that could be related to CO poisoning.

While the symptoms of CO poisoning are “variable and non-specific,” they can include headache, nausea, vomiting, dizziness, weakness, chest pain and altered mental status.

No fever with symptoms, a history of exposure or multiple people with similar complaints are red flags for carbon monoxide exposure.

Babies, pregnant women, the elderly and people with chronic conditions, such as anemia, respiratory illness or heart disease are most at risk for CO poisoning, the agency said.

“Appropriate and prompt diagnostic testing and treatment are crucial to reduce morbidity and prevent mortality from CO poisoning,” the CDC said in the health advisory. “Identifying and mitigating the CO source is critical in preventing other poisoning cases.”

The CDC issued recommendations for clinicians on what to look for and how to treat possible CO exposure or poisoning.

This kind of thing can be very devastating, and we all need to be as educated as possible on it. While the hurricane is no longer in the area, the things it left behind and damage it did will last for a long time as those in the area work hard to get back to normal. As we were told a while back, this hurricane season is supposed to be more active than usual and well, it’s only just begun.