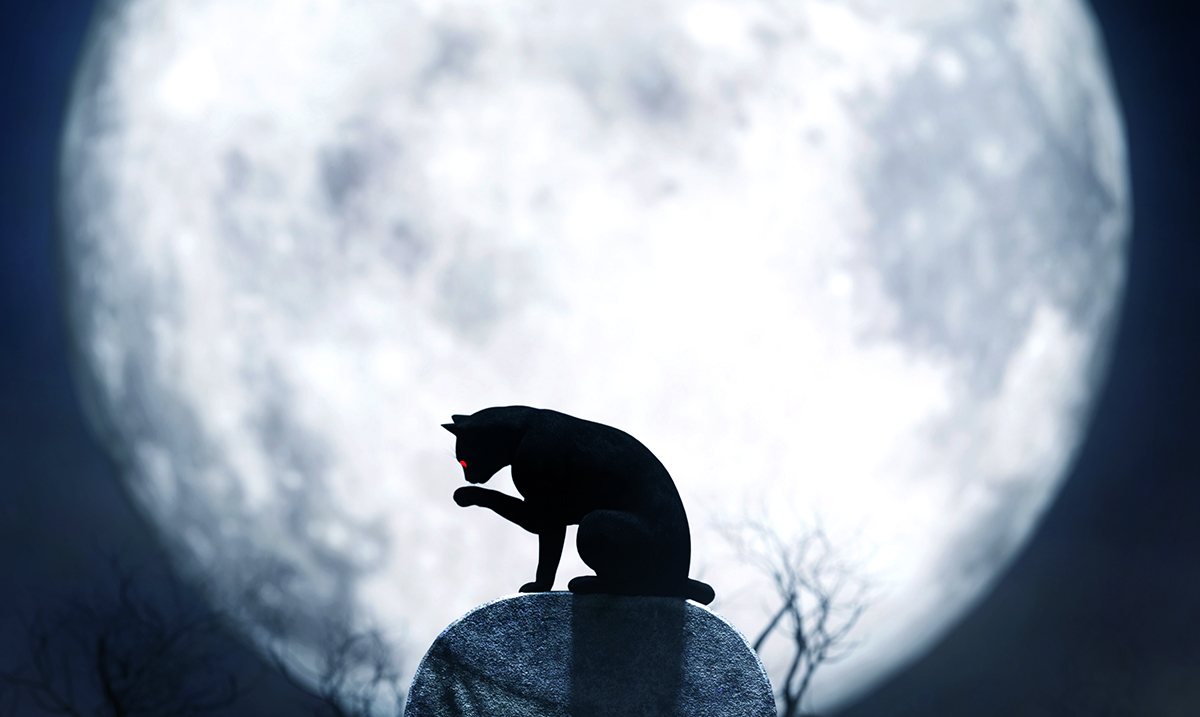 If you are a cat person, chances are you feel like there is some kind of unexplainable connection between the two of you, right? Well, you might actually be picking up on something spectacular.

Cats have for quite some time been referred to as the protectors of our spirits. They love being around us and can without a doubt sense a lot of things we cannot. They were even in ancient times thought to be able to ward off negative energies and other things of the sort. Cats can actually heal our vibrational deficiencies and balance us spiritually.

In order to explore this, AllAboutCats actually wrote about how cats could be able to predict the future. Cats are great when it comes to warning their humans of bad things to come and are often noticed playing with ‘someone who is not even there,’ or essentially spirits. You have probably noticed your cat doing all kinds of odd things from time to time. That being said, when it comes to your connection with your feline friend, what you are feeling is extremely real.

Some cats actually only attach themselves to one specific person. When a cat accepts his or her human(s) they trust them completely. For some cats, trusting more than one person is a bit overwhelming but regardless of how many people your cat is connected with, it is a very intense bond. Because cats are attracted to certain kinds of energies you might be the only one who meets their needs in your home. As Petful notes “It’s also possible that this intense connection is spiritual, that cats bond with someone due to a ‘psychic aura’ that is compatible with both the person and the cat(s).”

Amelialbert’s website actually wrote all about this and really broke things down, they wrote as follows:

Cats are in fact drawn to spiritual people, as they have an energy that connects with higher realms. Cat is a spiritual animal as it relies on its spiritual abilities, as well as its catlike instincts. Here is how, as a cat grows so does its energy field. The older the cat, the bigger the energetic body. This means that as time passes, a cat gathers more spiritual power. It can sense a spirit, it can even communicate with one. They also love chasing fairies around the garden. How many times did you see a cat chasing something that you cannot see? Cats also capture sounds that you cannot hear, as they become accustomed to a different higher frequency.

Spiritual People have a bigger energy field that attracts cats. cats can trust those people more easily than others. Similarly, people with big energy fields, are drawn to cats because of their own high frequency. Think of it like two people who are a match vibrationally. One can keep up with the other, keep them on track and level their energy. If you communicate with a person that is grumpy and low in energy, while you are happy and full of positivity, there is a mismatch of energy that neither one enjoys. So cats are picky on who they trust because they can easily understand each one’s frequency field. This does not mean that cats only choose people who practice spirituality. Not at all, when I say “spiritual people” I mean people who have more innate connection. Some don’t practice any form of spirituality, don’t meditate but they have bigger connection with their higher self. They are intuitive, they trust their inner guidance, they are positive. Those people do have a higher energy field, even if they do not know it.

Did you ever see a cat run away from a child? If the child treats it nicely, of course, they love to hang out with them. it is known that children have the purest hearts and greatest connection with their higher self.

How do cats help us though?

Since cats have such a high intuition and energy, when they purr at someone or try to get a person’s attention, it is a sign that this person has a good energy field. One of my cats, for instance, is very shy, and every time people come in the house, he literally disappears. He freaks out when other people are around, but he magically decides to show up when specific people are with us. Every time those people join us, he shows up so cuddly and calm, even if he didn’t see those people before. He picks up their energy and decides to show up only to those that their energy approves!

Do you think your cat understands you more-so than other humans? You are not alone, many cat lovers feel this way. These marvelous felines seem to hold much more of a story than others assume.