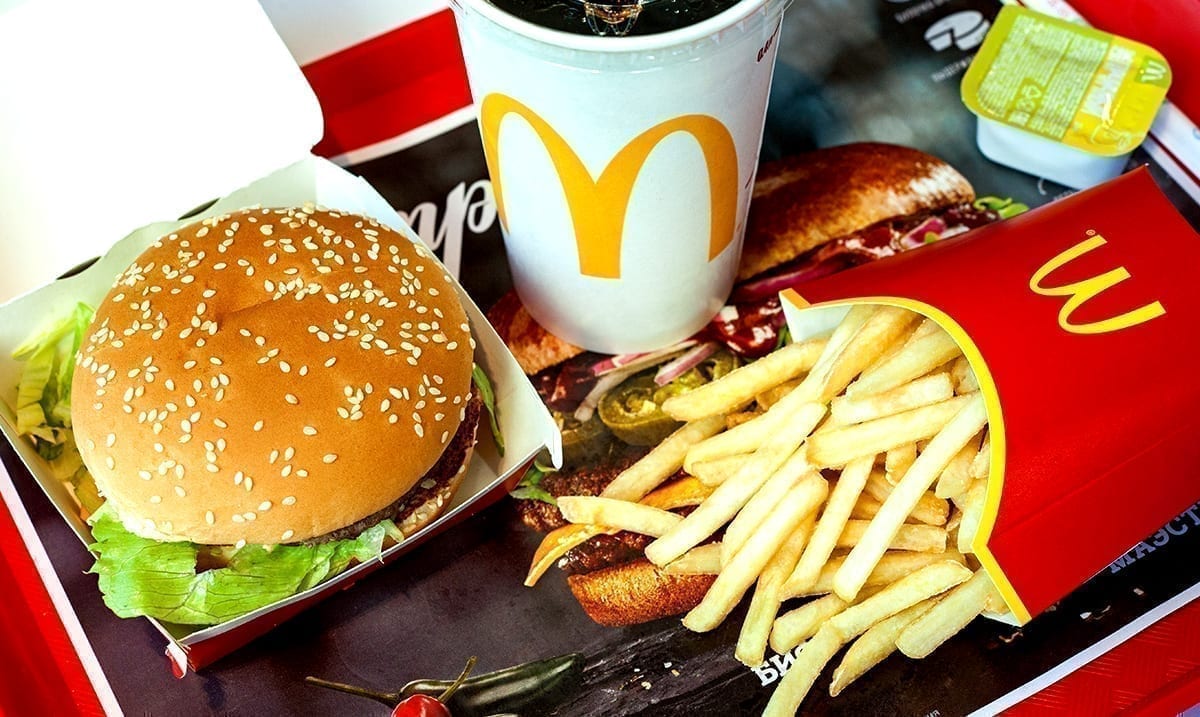 While it might not be something we think about often, the packaging our food and other things are in could matter more than you’d realize. We know fast food is not the healthiest but could the packaging be making things worse?

According to a study released by several environmental advocacy groups that were working together food packaging when it comes to some of the major fast-food chains contain things known as PFAS which is concerning. For those who do not know PFAS are polyfluoroalkyl substances which are a man-made group of chemicals that include PFOA, PFOS, GenX, and a lot more. There is evidence that suggests exposure to PFAS can lead to ‘adverse health outcomes in humans’ according to the EPA. It is mentioned that they can cause reproductive and developmental, liver and kidney, and even immunological effects in lab animals as is.

Does that sound like something you want your food to be wrapped in? I for one think a hot burger wrapped in PFAS containing papers might not be the most appetizing thing at the moment. Don’t get me wrong, even I indulge from time to time but this really gets me thinking.

PennLive wrote as follows on this topic:

In a story posted to Yahoo News Friday, Business Insider reported that a new study found PFAS – also known as ‘forever chemicals’ because they can “linger in water and air for thousands of years” — in the chains’ food packaging.

PFAS have been linked to cancer, liver damage and other health issues, it reported.

It said chains Sweetgreen, Freshii, and Cava also had the chemicals in its packaging.

According to the report, 38 food packaging samples across six chains were tested, and “nearly half” tested positive for fluorine levels that indicate the presence of the chemicals.

And, if you want some really sobering news, the report said most of us are exposed to PFAS through contaminated food or beverages and they “can be found in the bloodstream of 99% of Americans.”

Business Insider said the fry bags at the three big burger joints all likely contained PFAS, according to the study. Also, McDonald’s Big Mac containers “were likely treated with PFAS” as was a sample from a Burger King Whopper wrapper.

This study really highlights how serious the changes we need are and how small some of them can appear when it comes to our awareness of their severity. PFAS need to be regulated more properly and yet, they are not. While some chains have new policies on this kind of thing, not all do, and we need to know that.

MedicalXPress noted as follows was stated in a release:

“Multiple major food chains have now announced new policies on PFAS. So, clearly, safer alternatives exist and are being used. Those that haven’t stepped up have the ability to do so,” Mike Schade, director of Mind the Store, the campaign behind the study, together with Toxic-Free Future, said in a news release.

“As the largest fast-food chain in the world, McDonald’s has a responsibility to its customers to keep them safe. These dangerous chemicals don’t belong in its food packaging. I, for one, am NOT ‘lovin’ it.'”

The researchers tested 38 food packaging samples collected in January at 16 locations and six fast-food chains in New York City, Washington, D.C., and Seattle, according to the report.

At least one item from every burger chain studied, including wrappers for Burger King’s Whopper and cardboard containers for McDonald’s’ Big Mac, “tested above the screening level for fluorine,” while the paper bags carrying nuggets, cookies and fries also contained high levels of the chemical.

Customers purchasing more healthy foods from Cava, Freshii and Sweetgreen are actually receiving more harmful packaging, the report revealed. Every “molded fiber container” served at these restaurants showed the highest levels of fluorine of all items tested in the study.

While these fiber packages are praised for their compostability, their high chemical content strips them of the title. The country’s two compostability certification organizations—Biodegradable Products Institute and Compost Manufacturing Alliance—say they cannot label items as compostable if they include PFAS or more than 100 ppm of fluorine, according to the report.

The researchers found 14 food packaging items with fluorine levels over 100 ppm, “even though some chains treat them as compostable,” the team said.

To see these results as posted click here. I for one think they open up room for some very serious conversations about moving forward when it comes to this kind of thing. We all need to be more aware of the dangers of certain chemicals.