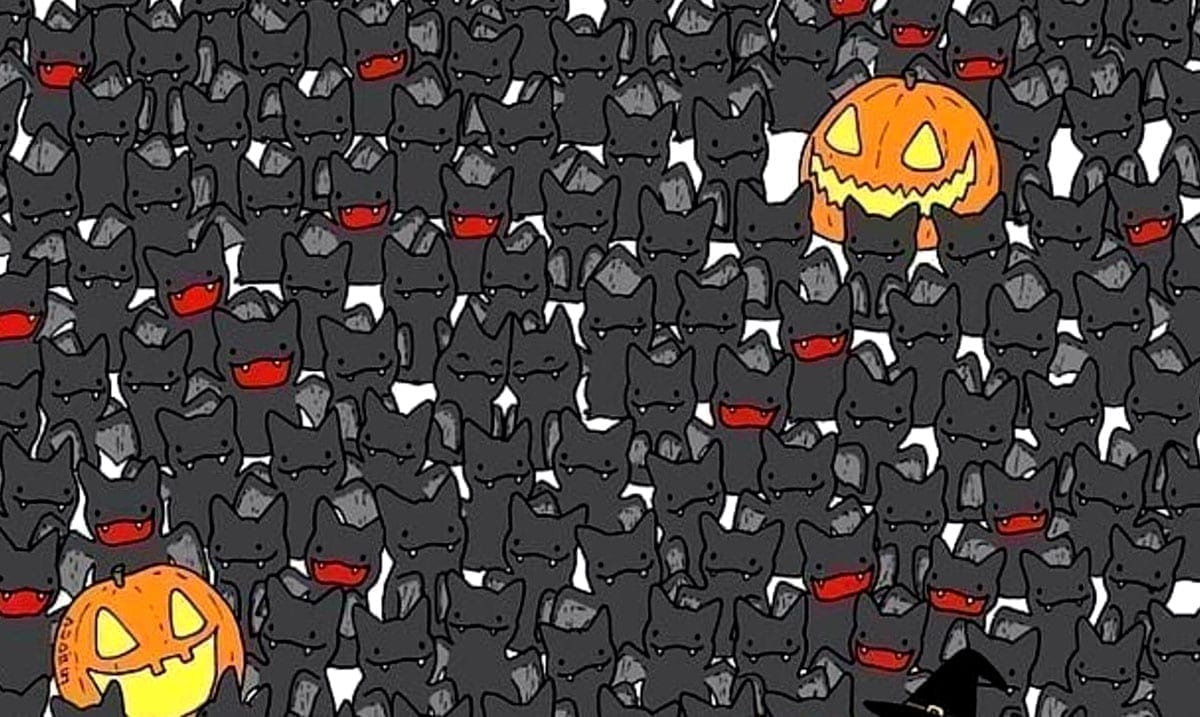 Can You Spot The Cat Hiding Amongst All These Bats?

By Gerald SinclairOctober 31, 2020No Comments

As spooky season continues it’s only right that we have a Halloween-esk visual to do. While this one might sound easy, it tends to take some people a decent amount of time to complete.

This puzzle of sorts comes from Didas also known as The Dudolf. If you like things like this chances are you’ve already seen their work before. Sure, not everyone likes brainteasers but those who do really will get a kick out of this one.

Take a look below and see if you can find the cat. While it might look almost the same as the bats, there are some key differences. It isn’t as obvious as you might expect it to be at first. 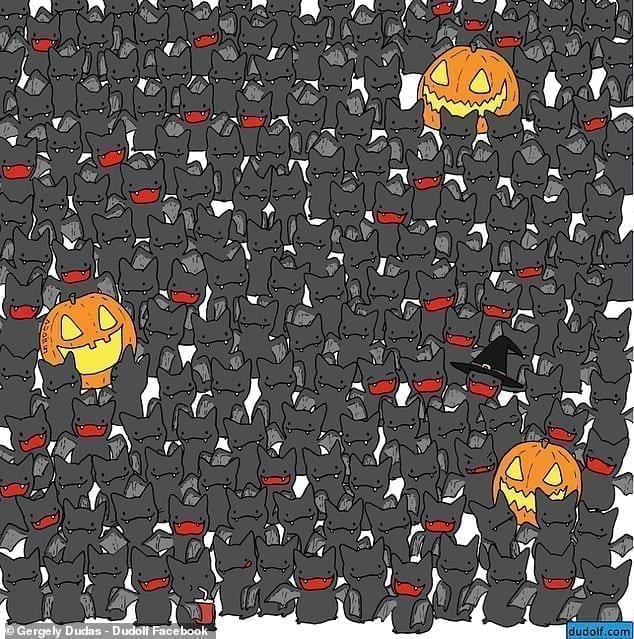 I know, I know, it can be a bit infuriating. Try looking at things in the area within the photo below. Does this help? I f you’re looking anywhere near the top pumpkin on the photo above or the witch’s hat below, you’re not focused on the right area. 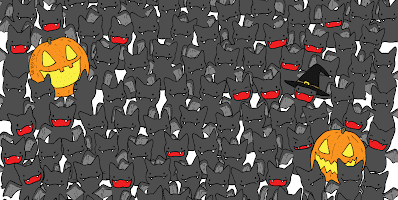 Now that things are a bit bigger and narrowed down don’t focus on any of the bats with their mouths open. The cat has its mouth closed and again looks almost identical to the bats. Have you found it now? If you haven’t, take a look below for the answer. 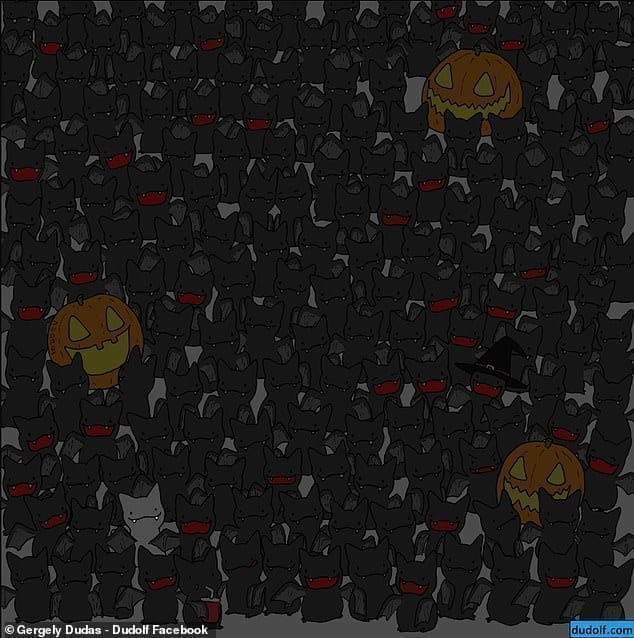 As you can see the cat is the one that is a bit lighter than the rest in this darkened version of the image. It’s quite obvious now that you see it, isn’t it? Most were not expecting the cat to look the same minus the wings but it really made this puzzle more complex without getting too hard.

Daily Mail wrote as follows on the marvelous person who made this puzzle:

Dudas first became an online sensation after his deceptively difficult seek-and-find puzzle featuring a panda hidden among a group of snowmen swept the internet in December 2015.

He now produces puzzles for most major holidays – and delights followers by posting random editions throughout the year.

How long did it take for you to find the cat and did you do-so without looking at the answer? It’s safe to say even I needed a bit of a hint to narrow things down before I was able to pinpoint the feline. Happy spooky season, sure it might almost be over but it’s still something many are enjoying.